The Best Stuff Online
Home Animals No Biggie, Just Some Dogs Taking a Horse for a Walk
1.1k
ShareTweetStumbleRedditPin
PocketTumblrLinkedinBuffer

Some of the most common pets that a family has in their homes are cats and dogs. You’ll occasionally come across families who have turtles, hamsters, or any other domesticated small animals in their homes. What you don’t often hear is a family who has a horse as a pet in their house. Yes, you read that right. This family from Cape Town, South Africa has a miniature house in their home.

The nine-year-old miniature horse is called Bon Jovi or Bonnie for short. Bonnie was rescued by Jessica Chemin four years ago from an abusive home. Jessica already has two French bulldogs at home named Lola and Nacho. Thankfully, the three animals have become the closest of friends. The two welcomed Bonnie with open arms, or should I say open paws. “They all get on so well. I will often find Lola and Nacho down in the garden, lying on the grass while Bonnie grazes nearby. The three of them really seem to have the sweetest kinship and seeing their friendship makes my heart so full.” 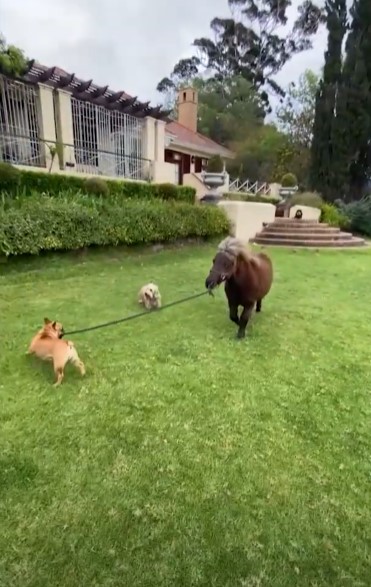 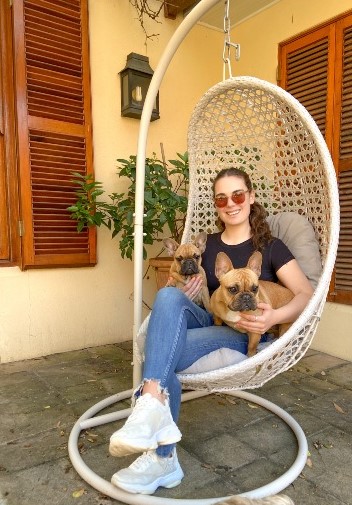 One day she got amazed when she saw the two dogs take Bonnie’s reign to take her for a walk. Of course, she didn’t let that moment pass by without taking a video. People all over the world are amazed at the two dogs taking the horse on a walk and the video was passed around and enjoyed.

“I couldn’t believe it when I saw Lola and Nacho taking Bonnie for a walk. It really has taken their relationship to the next level as now whenever they see the lead rein being clipped onto Bonnie’s halter, they both want to lead him up to the stables.”