Andrea Bocelli and his son Matteo Bocelli took over the stage of the famous CBS talk show, The Late Show with Stephen Colbert, and it’s exactly what we all needed during these uncertain times! The father and son duo sang ever perfectly their rendition of the song “Fall On Me”. It’s too beautiful you might just start crying. The inspiring piece fittingly talks about the heartwarming relationship between parents and their kids. Its lyrics were penned by American singer-songwriters, Ian Axel and Chad King, popularly known as A Great Big World. And it was first heard by the world in 2018 during the release of Andrea’s No. 1 album, Sì.

Since then, it was covered by many different music icons but nothing could ever surpass the expressive and emotional descant of the two gentlemen’s versions. There’s just something about the way they sing that easily plucks the strings of your heart and make you feel a lot of things. This powerful duet can surely attest to that! The Bocelli’s have charmed the crowd as they took the center stage, gorgeously wearing a formal suit. The performance started with Matteo, crooning gently and carefully the first verse of the piece. It’s important to take note that he was still easing in the life under the spotlight during this time. 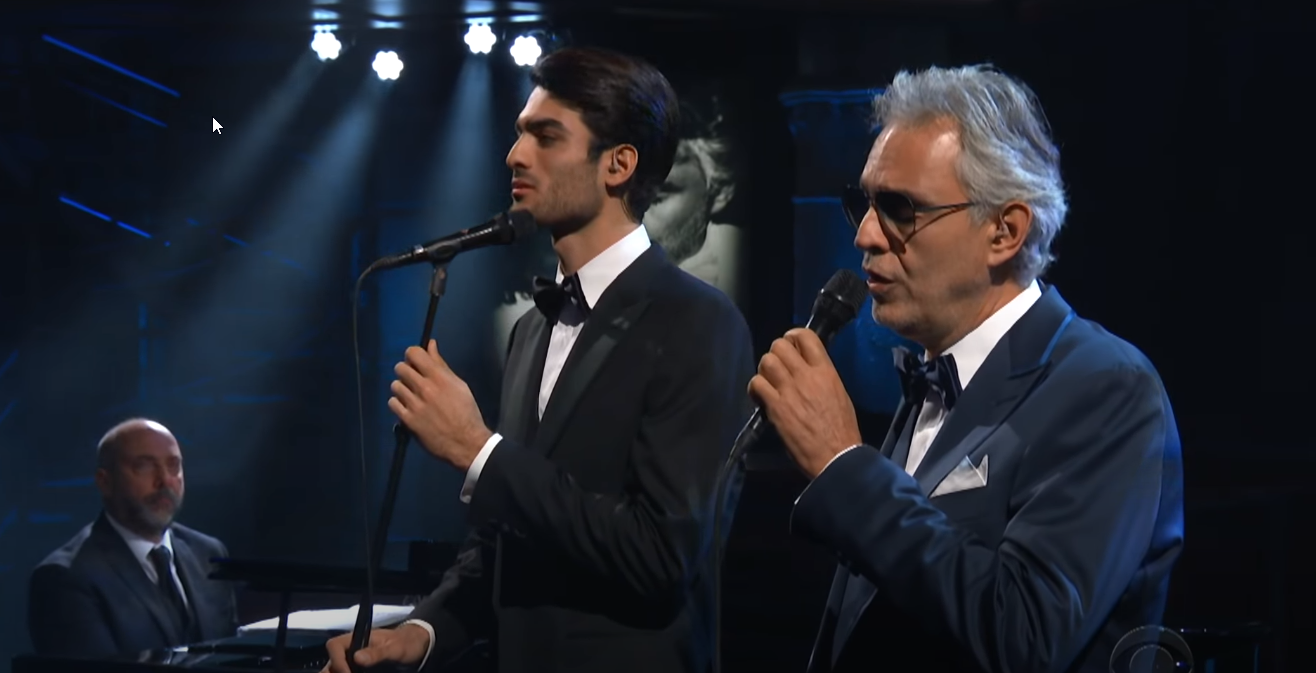 So, when his voice started trembling as he went on with the song, his father was keen to comfort him and boost his confidence. Andrea gently brushed his son’s arm to calm his nerves, as if telling him, “It’s ok, I’m here.” And it’s one of the purest things I’ve ever seen today! This was then followed by Andrea’s divine vocals as he sang the Italian part of the song. As expected, he delivered nothing but perfection to everyone. Such grace and control could never be mimicked by just any other singer. Finally, the two distinct voices have joined together, blending exquisitely to create a harmony that sends a touching message to everyone: ‘you can fall on me with all your light’! This continued until the near end of the piece before Andrea took the spotlight and strongly finished the song. It was breathtaking! 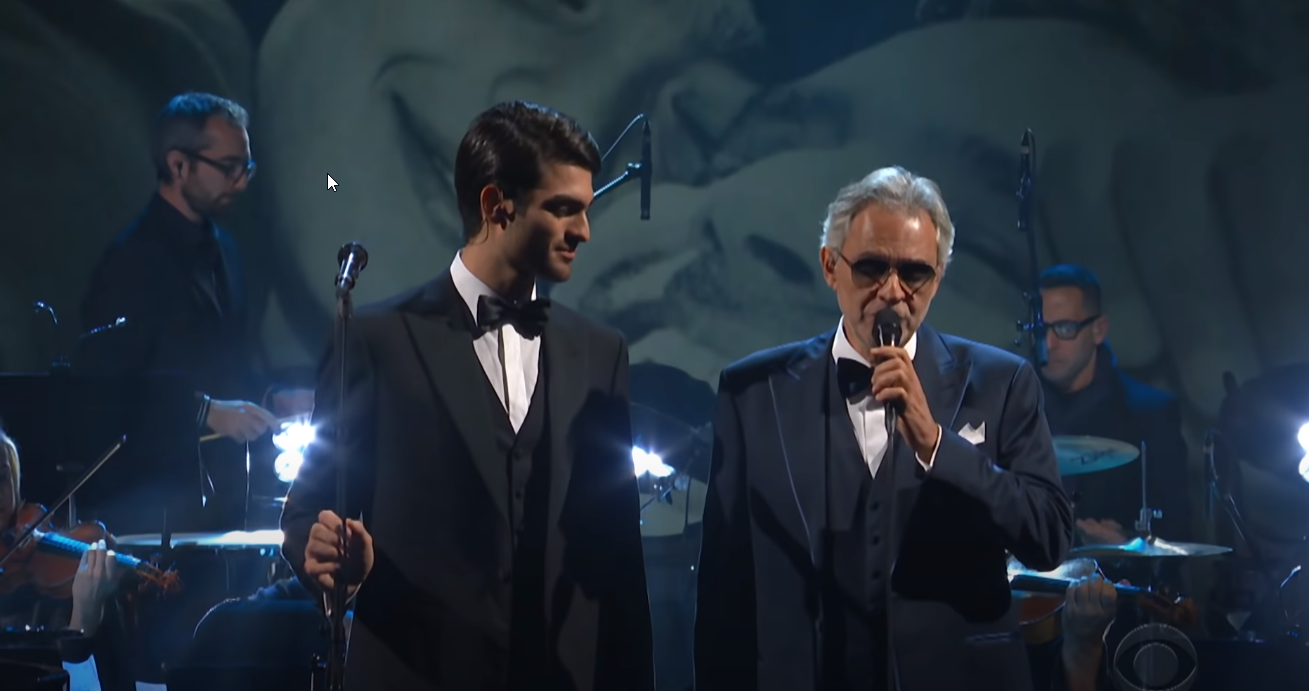 Watch the father-son duet that’ll certainly make you tear up as it fills your heart with overwhelming emotions.

I’m not crying, you’re crying! Now I’m starting to wonder what it’s like growing up with such a talented dad.