A chonky dog recently went viral when his owner posted his hilarious mishap on a Dogspotting Facebook Group. The photo was captioned ‘Diet time…’ and people readily agreed but are smitten by the cute dog in the photo. The photo is of Drax, a rescue dog that Charmaine Hulley rescued two years ago. When she rescued him, he was skin and bones and just living on the streets. Fast forward to today, it seems that the dog has enjoyed quite a lot of luxury in the months after his rescue.

For some personal reasons, Charmaine had to stay and live with her mom for a few months. Because of that, she was forced to leave Drax and three other rescues in the care of her partner, Taylor. But due to excessively long hours of work, Taylor admitted to feeding the dogs a lot of human food, specifically steak and KFC. I know, I know, lucky dogs, eh? 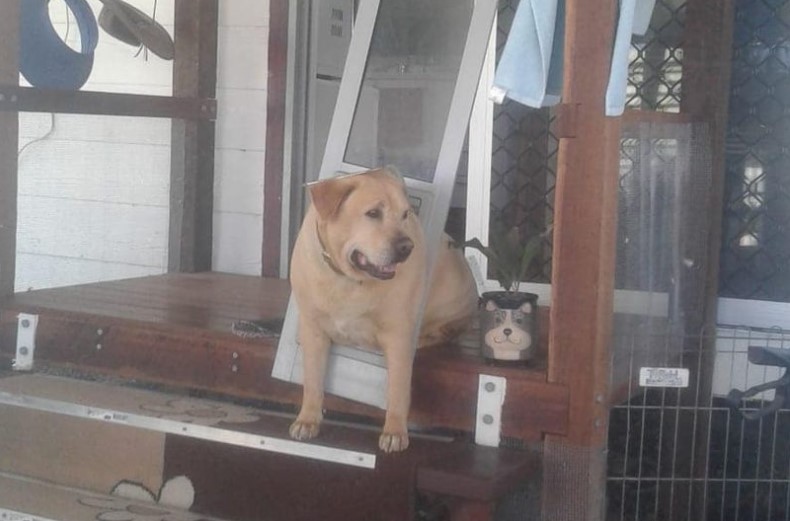 Apparently not. After the hilarious wedge mishap, Drax will be forced under a strict diet. This is after the incident where he got the doggy door off the hinges with the door still wedged on him while trying to fit inside it. This happened when Taylor visited Charmaigne bringing the dogs with him. 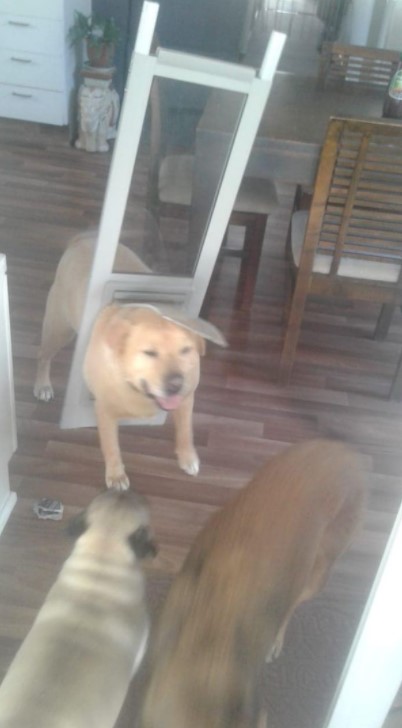 To his defense though, the doggy dog on Charmaigne’s Mom’s house is made for small doggies. But still, the chonky appearance of Drax is very apparent and his owner has no choice but to keep him under a strict diet to shed off the unwanted pounds.

Charmaigne also shared how Drax is placid and sweet. “He’s the most placid dog I’ve ever met. He loves everyone and you can just put him anywhere and there’s no separation anxiety or anything. In two years, I’ve heard him bark twice. He doesn’t cause any trouble, everyone loves him. He’s so sweet and just spoilt rotten now.”