The Covid 19 pandemic has caused chaos all over the world and everyone has to be confined at home and be quarantined. A lot of amazing stories emerged during this trial period that inspired and brought peace to a troubled world and hope that this will all end.

One inspiring story is about this father and daughter duo Mat and Savanna Shaw that stormed the internet accidentally. In March Savanna due to the pandemic was confined at home and was trying to get in touch with friends turned to social media just like any other. She asked her dad to make a music video with her and little did she know that this creation will go viral. During the past months, they continued to upload uplifting covers of different songs that rose them to whirlwind fame.

One of their recent uploads was a spine-tingling cover of “Hallelujah” written by a Canadian singer Lenard Cohen. This song is very relevant in these chaotic moments that will calm our weary minds. However, this is a different performance than they do at home. This time it is done professionally and it also features Stephen Nelson. You have perhaps heard and listened to Leonard Cohen’s version several times and loved it, but wait till you hear the rendition of father and daughter together with Stephen Nelson’s combined talents with this song.

Savanna began singing “Hallelujah” with her angelic voice that will give you goosebumps while Stephen plays the piano melodiously. It becomes more bone-chilling when Mat joins in the singing with his enchanting voice. At some point, Stephen sings some part of the lyrics that made him shine in the spotlight. All in all the combined talents and magnificent voices created heavenly sound music that calms a troubled heart. 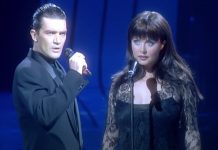 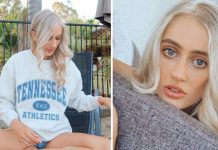