Back in the 2012 Oak Cliff Film Festival in Dallas, Texas, a cop went onstage and made everybody’s jaws drop. Apparently, he decided to be of service to the community that day through other means. While police officers are known to chase down the bad guys, this young hero right here seemed to choose to take his time off instead and served everyone with an amazing performance. He unexpectedly busted out the first few lines of what looks like his favorite song, “Heart Attack” by Trey Songz. And it was awesome!

In the middle of the fun event, the talented officer quickly became a head-turner as his voice resonated around the beautiful neighborhood. People have started to look for the source of such pleasant music and slowly gathered towards the stage. I’d have to note that the platform was nothing special- it has no disco lights nor any fancy set up. But the simple stage arrangement was more than enough to let the gentleman in a uniform brightly shine as he got the crowd moving and grooving with the R&B track. 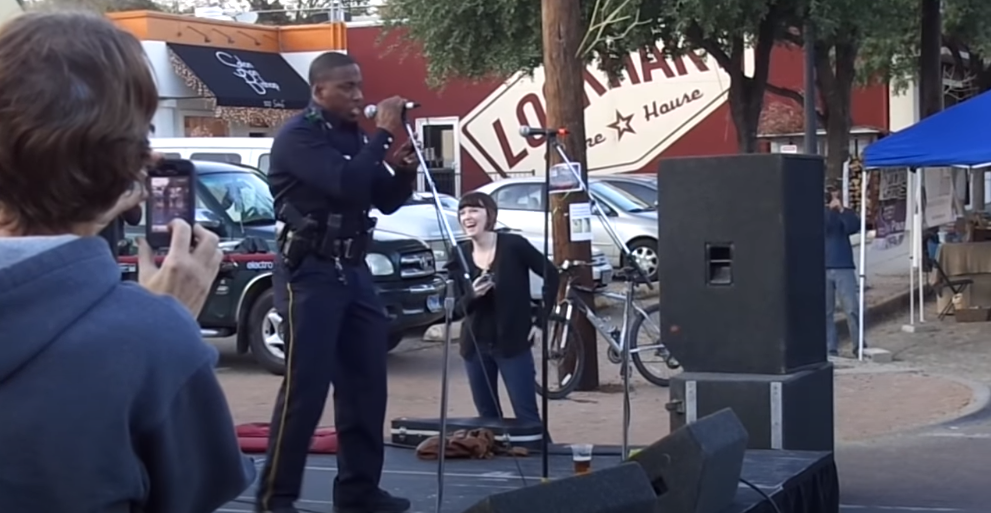 People were quick to enjoy the beat and even joined in. Some started to dance along as they went closer and closer to the stage. His voice was so smooth and clear; you just can’t help but swoon at this charming man! Not to mention that his physique was so easy on the eyes, with an effortless suave stage presence to match his refreshing vocals. He looked so confident and composed as he enjoyed his number. It’s giving me a heart attack! Kidding aside, this man right here has been putting his life on the line for others. Guess having a heroic heart; both are the talent, and charisma is just a bonus! 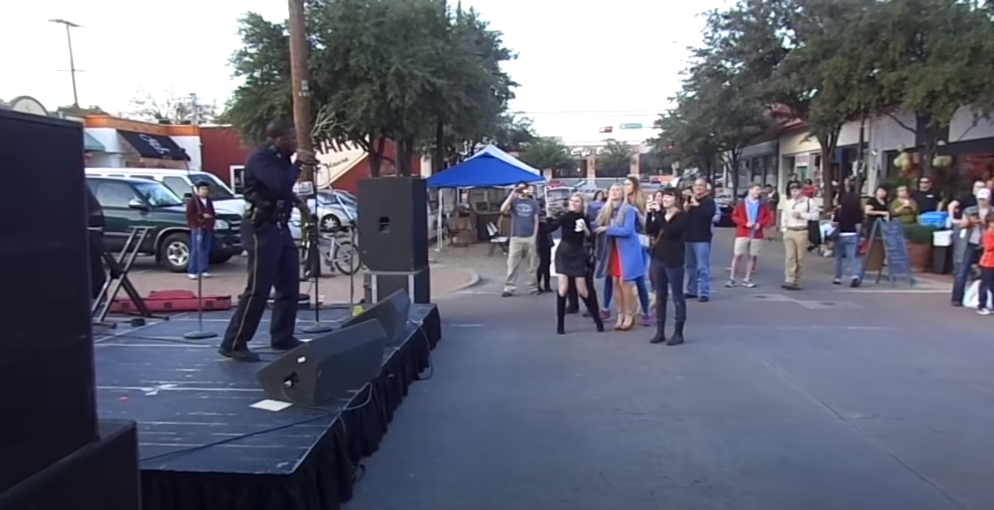 Watch the video below and watch the Texan cop steal the show.

Am I the only one who thinks that he looks extra cool in uniform? It was definitely a performance to remember!