Funny Little Black Cat Has Strong Feelings About Seeing Her Owner in the Shower
A woman from Reddit was caught by surprise as her little feline baby visited her in the bathroom. She was just going about her business when the curious cat came in and gave her a seemingly bewildered look. The cat mom immediately shared it to the internet and people couldn’t help but giggle at the adorable fur baby’s reaction! Under the username, u/tacos_fall_apart, the Redditor’s post read, “My cat Tuna Fish’s reaction to seeing me in the bath. She’s the most expressive cat I’ve ever had.” And expressive she sure is! The extremely concerned look of this tiny black kitty is too precious and hilarious at the same time.

Reddit users have appreciated the catto’s facial expressions so much that the photos reached 42,000 upvotes and received many different awards. People also started wondering what could have been going through little Tuna Fish’s curious mind as she gave out the shocked and confused look. Was she wondering why her hooman is willingly going in the water? Was she worried about the safety of her fur daddy? Was it the look of amusement for her owner being able to survive the wrath of the shower? Or was she judging him for getting wet in the first place? Whatever this quirky feline’s thinking, her wide-eyed look sure is funny and entertaining! 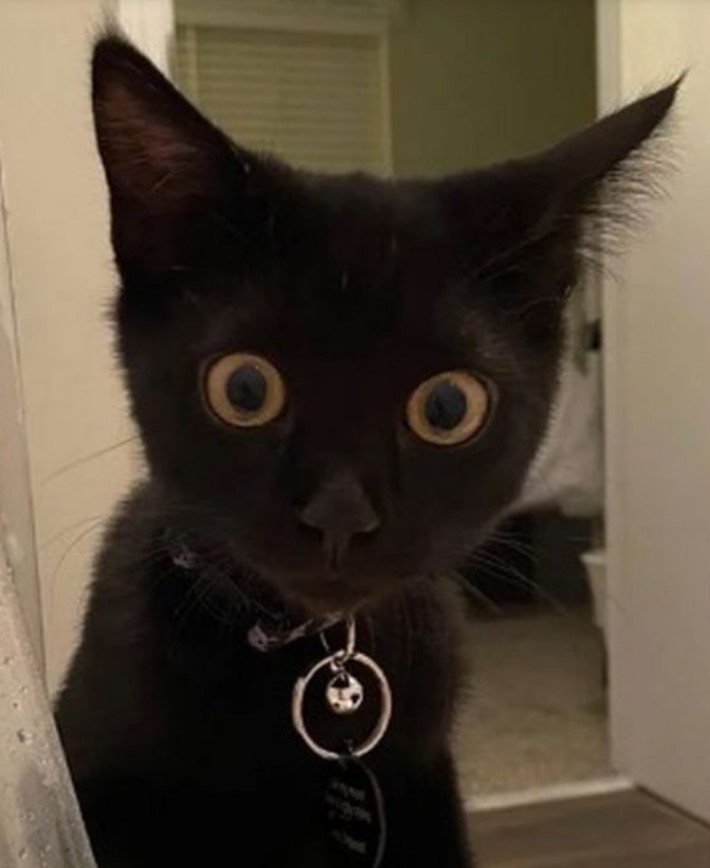 It’s as if she just couldn’t believe what she’s seeing. And it has immediately won the hearts of the internet. Fellow cat parents also recalled their own hilarious bath situations with their fur babies and wrote their own experiences on the comments. “Hahaha, my cat Lucy does the same thing. She follows me into the bathroom and questions why I am taking a bath. Then she licks up the water left behind when someone is done showering,” one Redditor said. “My cat saw me in the shower once and she put her little paw out and trilled. Then when I got out of the shower she started rubbing on me and trying to dry me off. It was the sweetest thing,” shared another. 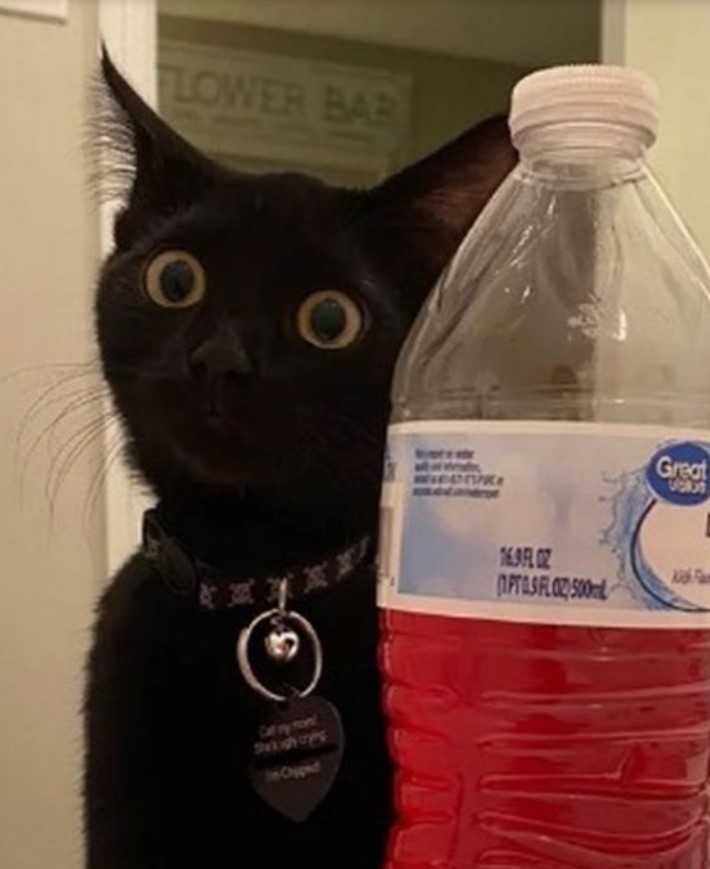 Judging by her reaction, I guess Tuna Fish really cares about her hooman and doesn’t want her to be in any harm! Isn’t that sweet? 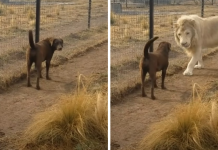 An Incredible Bond Between a Dog and a Lion: Big Cat Kisses Dog’s Paw 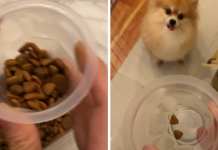 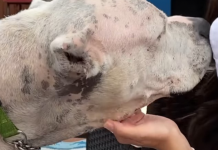 The Tear-Jerking Moment a Rescue Dog Meets His New Mom