“I’m gonna go go go so don’t stop me now cause I’m having a good time, I want to turn the world inside out.” This is what maybe Cole Lam is feeling every time he performs and entertains people. He has this feeling of floating around in ecstasy. And this may be the feeling he gives to the audience too. Here, once more, Cole Lam gives an impromptu recital where he gives us a good time with this next piece he covers. This is “Don’t Stop Me Now”, this song was released as a single in early 1979 and is one of the most popular songs by Queen, a British rock band formed in London in 1970. Their primary works were affected by progressive rock, hard rock, and heavy metal but later on, they journeyed into more conventional and radio-friendly works. 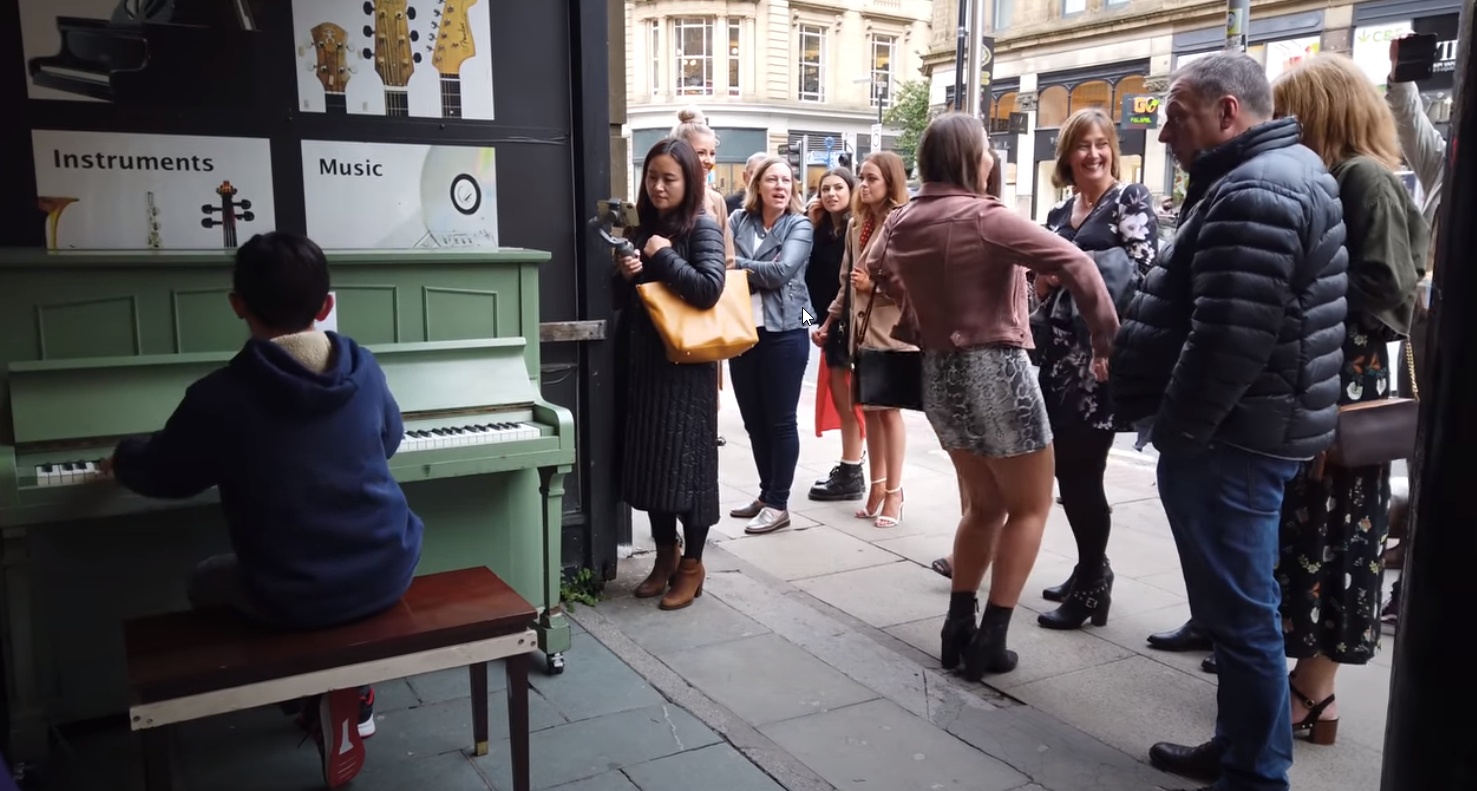 The lyrics of the “Don’t Stop Me Now” compliment Cole with the joy we see in him every time he produces beautiful music. This ad-lib presentation was at the Forsyth Music Shop along the street in Manchester. Once he started playing his piece a lady came to him to take his video. People passing by got curious and stop to watch, then came along this group of girls who were captivated by his music. Then started swaying and dancing with the beat of the music. And finally, they were all having a good time. When Cole ended his piece he got a loud round of applause from his audience. 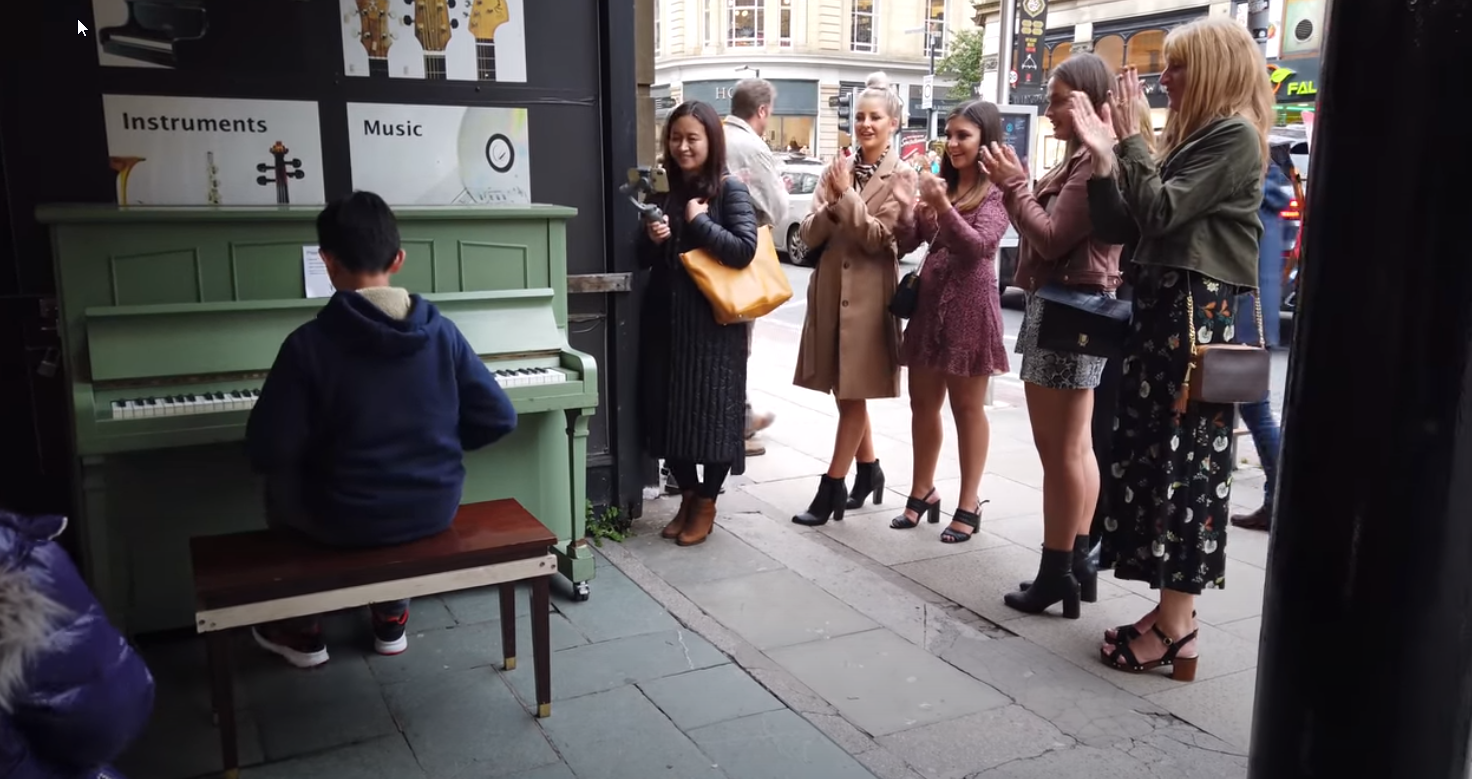 Again as expected he gave a satisfactory exhibition that the onlookers were happy and well entertained. Cole is a very talented artist, he studied classical music through regular piano lessons. And he pieced together instrumental and vocal in piano covers.

He has a lot of videos on his channel that you can follow to view to see more of him.