According to Wikipedia, a Delay and/or a Reverb (which is a type of Delay) in musical terms “is an audio signal processing technique and an effects unit which records an input signal to an audio storage medium, and then plays it back after a period of time. The delayed signal may either be played back multiple times, or played back into the recording again, to create the sound of a repeating, decaying echo. ”

So basically, what that means, or at least what I gathered from it, is that you need some sort of equipment to process these sound inputs, Delay and repeat then and then playback again after a certain amount of time. That is where the ingenuity of German saxophonist Armin Küpper comes in. He has mastered the creation of delays, echos, and reverbs without using any equipment, well any electronic equipment, that is. 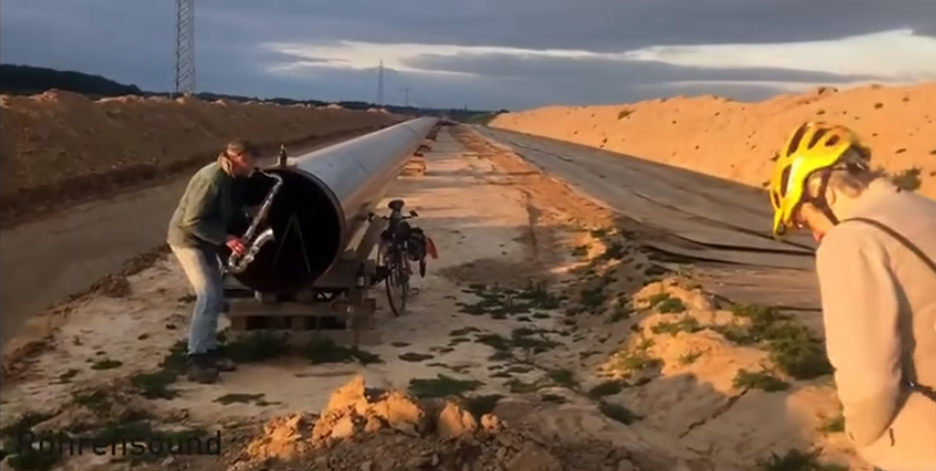 Armin Küpper, from the small German town of Liedberg in North-Rhine Westphalia, uses large gas pipelines to accentuate his music. He positions his saxophones bell right at the opening of a pipeline and begins to play, by doing this the sound he produces with his sax is amplified thanks to the echo that the long pipeline produces. Near the town he lives at, a lot of long pipelines are stored and are waiting to be used. This is where he makes he’s unique and awesome music. In some of his videos, he even has a vocalist with him, making the music even better. 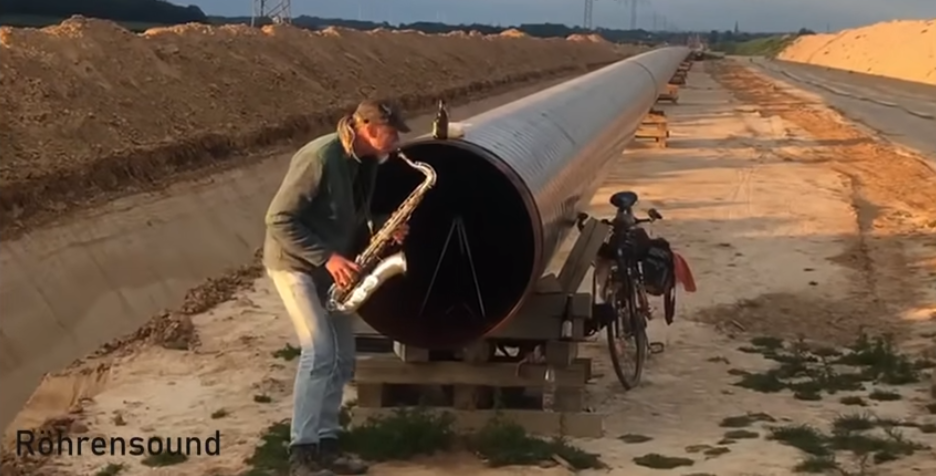 When asked about his craft, he said, “Sometimes I just can’t stop playing. The nice thing is, when it gets cool in the evening, I sit down in the pipe still warm from the sun’s rays during the day and enjoy the sunset playing the saxophone.” Watch his video below.

Sometimes, things can be used in a different way besides what they were created to be used for.