The Best Stuff Online
Home Animals Guy Surprised When Giant Bear Wanders Up and Sits Down Beside Him
1.2k
ShareTweetStumbleRedditPin
PocketTumblrLinkedinBuffer

Imagine yourself all alone in a secluded location just relaxing and enjoying the beauty of nature. Then, out of the blue, a massive brown bear appears and sits right next to you. What do you think you will do? Will you scream and run? Will you just stand perfectly still and pray? Or will you get your phone or camera and record the unbelievable situation happening in front of you?

That is what happened to a wildlife photographer Drew Hammond. One windy morning, while he was trying to capture the grizzly bears in their natural habitat he was surprised by the unexpected presence of a single bear. Maybe Drew is used to this kind of extraordinary scenario that instead of running and panicking, which I will do if I was in his situation, he decided to capture and record the amazing moment. 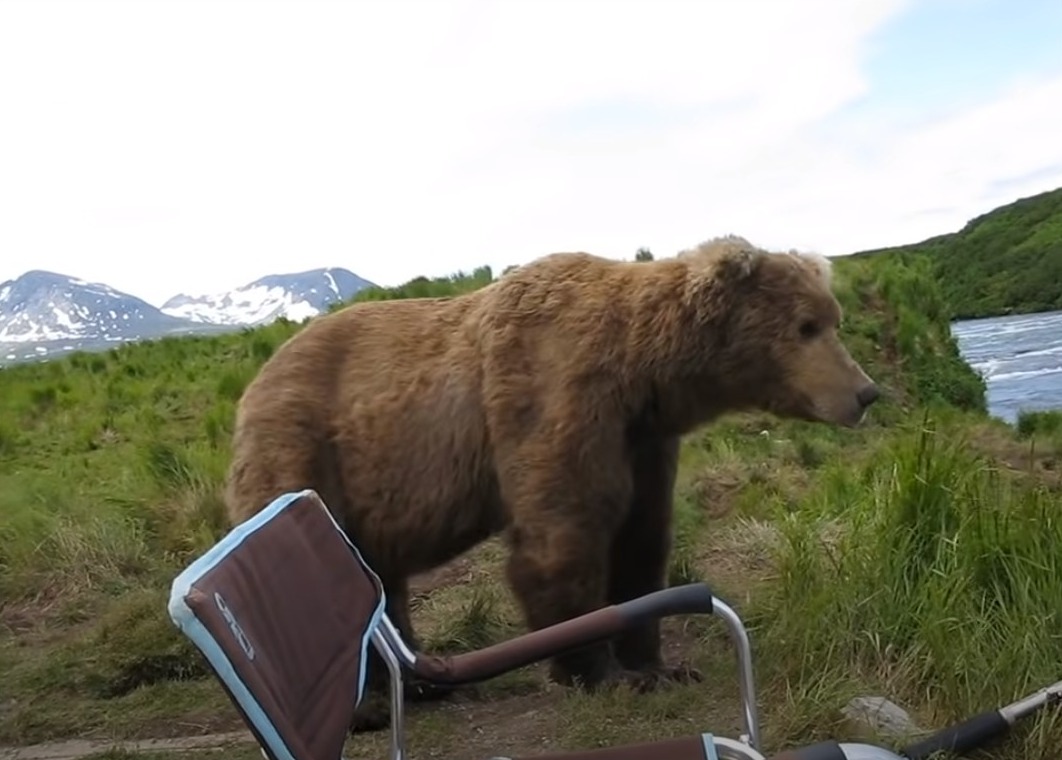 In the uploaded video which is 1:25 minutes long, a big brown bear is seen standing behind Hammond. Then, it moved towards a spot a few meters away from him where the bear rested and just silently enjoyed the view of the river and flying birds. The bear even sat comfortably beside Hammond for a couple of seconds before it decided to leave. 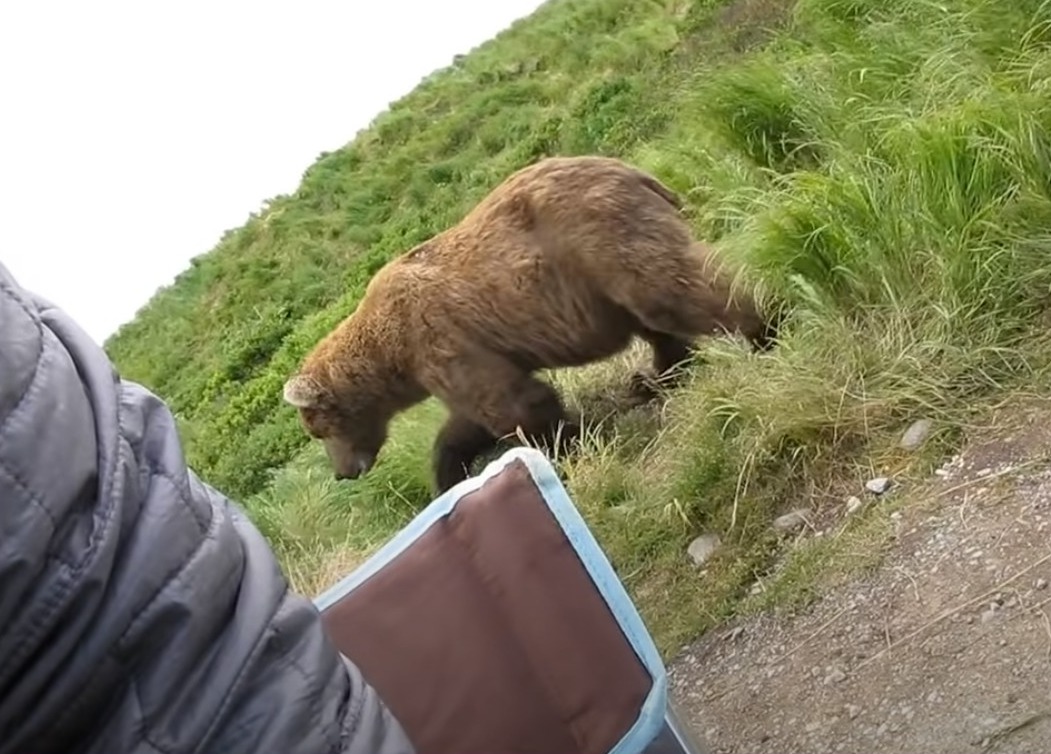 Many commenters were in awe and cannot believe the amazing opportunity that the wildlife photographer experienced on his workday. However, some were freaked out and concerned about the imminent danger that the bear could have caused to Drew Hammond. One even said that it is both the cutest and scariest thing she’d seen online. On a lighter note, many viewers also noticed the serious and solemn expression of the grizzly bear, one even described him as someone going through a divorce while another one thinks that the bear looks like it needs a beer.

You can watch the amazing encounter of Drew Hammond with the solemn-looking brown bear below.

I was kind of hoping he would sit on the chair beside Drew. What a bummer!