The mother’s love for her child started even when the baby is still in her womb. For nine months, our mothers make sure that we are safe and secure even when we are still inside her tummy. This kind of love and care don’t solely happen to humans; it also feels even by animals.

That is why it is heartbreaking to know what happened to the family of swans in Bolton, North West England. The swan nest that was located along the Manchester Canal was seen being thrown at of stones and large bricks by a group of teenage boys. This delinquent behavior of the teenagers killed three of the six unhatched swan eggs. Then another two eggs have been lost ever since the incident.

This sad and inexcusable behavior of our fellow humans resulted in a tragic event. Due to the sadness and grief of losing most of his children, the male or father swan decided to leave the nest area. It left the female or the mother swan to care for her remaining egg. According to sources, swans are monogamous creatures, and like most humans, they have only one mating partner for the rest of their lives, and they are also known to be super protective and extremely caring to their eggs or newborns.

It might be the reason why after a few weeks of losing her babies and mate, the female or mother swan was found dead by near her nest. According to wildlife activist Sam Woodrow, the reason for the swan’s death can be caused by the sorrow and broken heart for losing her husband and children.

A Swan 🦢Dies In Manchester With a Broken Heart After💔 Some Vandalized Youth Destroy Their lost Eggs🥚 With Bricks pic.twitter.com/FFIPn5CFY2

The tragic news upset the animal-lovers in the region; some even offered a reward for any information that can lead them to delinquent juveniles. It’s very disconcerting to know that there are humans who can nonchalantly kill innocent species just for the sake of what they call “fun.” I, myself, hope that those teenagers realized the unfortunate repercussion of their irresponsible action. 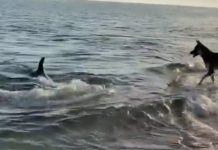 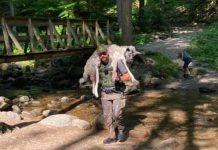 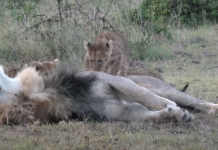 Sleeping Papa Lion Is No Match Against His Four Little Cubs