If you’re a Bocelli fan, you have probably already seen the heartwarming father and son duet that has made millions of people tear up. The emotional piece, paired with their expressive and gorgeous harmonization, has created a heavenly performance that’ll leave you wanting for more. Matteo’s tender and soulful voice was perfectly matched with the legendary tenor’s exquisite and striking vocals. It was surely a performance that went straight from the heart! The song’s called “Fall on Me” (“Ven a Mi” in Italian), a single included on Andrea Bocelli’s album, ‘Si.’ This was released back in 2018, and the video alone has garnered a whopping 75 million views on YouTube.

Now, Matteo is here once again to mesmerize us with a much-relaxed take of the song. With his piano in front of him, he performed his slow, solo version in what looks like the family’s living room. It was so easy and peaceful as if his voice magically pacifies your worries and thoughts. This acoustic rendition is actually for the virtual live event, Milan With Love, in honor of the frontline workers around the world fighting COVID-19. The global tribute is backed up by the football club AC Milan and Jay-Z’s entertainment company, Roc Nation. 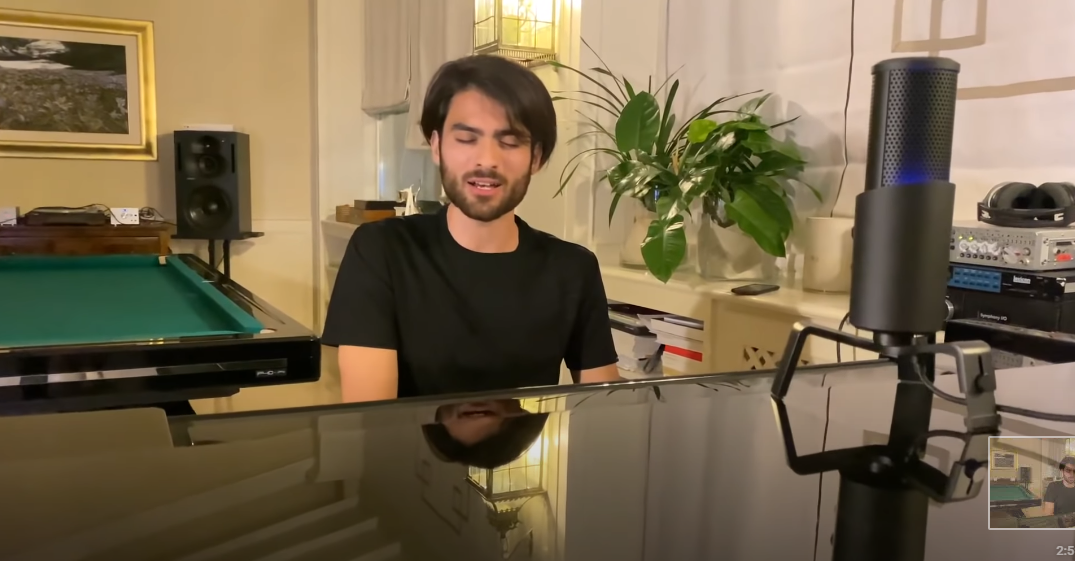 The song, Fall On Me, has always been a crowd-favorite. Not only does it focus on the loving family relationship, but it was also featured in the end credits of “The Nutcracker and the Four Realms,” a 2018 Disney film. While the earlier version felt grand, with an orchestra that echoes intense emotions, Matteo’s cover was filled with comfort and coziness as he slowly plays his piano. Nonetheless, both have their own ways of captivating our hearts and touching our souls. The Bocelli’s truly have the musical brilliance that delivers beauty and joy to all of us like no other! 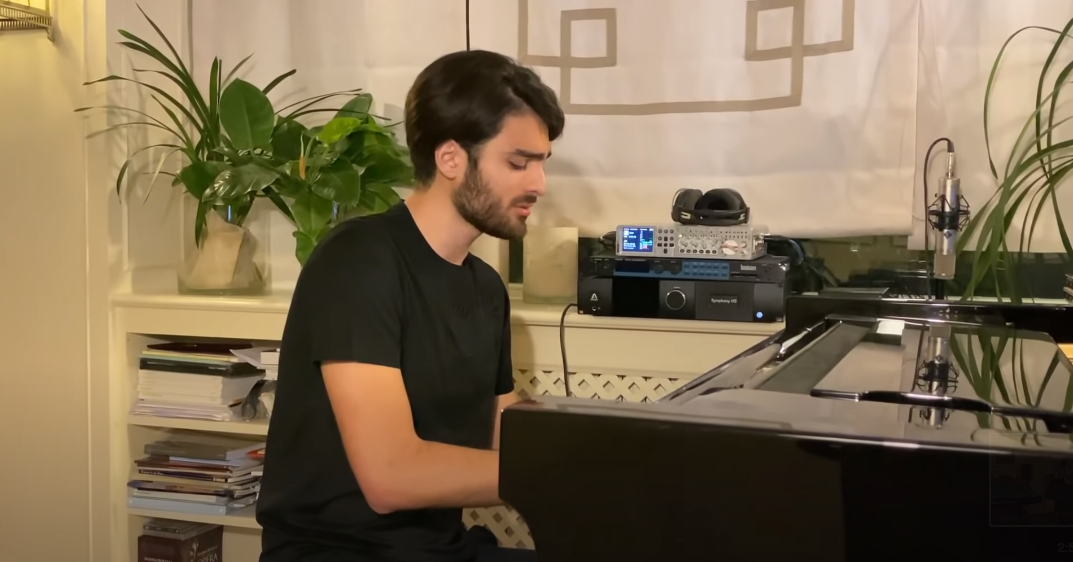 Watch the rising star, Matteo, sing his take on the piece and prepare to swoon over the expressive performance that can make anyone’s heart melt.

The 22-year-old ballad singer looks so confident in his element. I can’t wait to see more of his brilliant and expressive performances!