Delayed flights are the absolute worst! You get to the airport as early as you can so you don’t have to run around trying not to miss your flight only to be announced that its departure is going to be delayed. So you are left there moping around the terminal waiting for hours and hours, exhausting not just your stamina but the list of things that you can do that is supposed to keep you occupied during the flight.

That’s exactly what happened to one Irish flight in 2017, thankfully for the passengers though, Daoirí Farrel, Geoff Kinsella, and Robbie Walsh were there at the terminal with them. The people were obviously pissed off that the flight was delayed. Geoff noticed this immediately and urged the other two to do an impromptu music session right there and then. 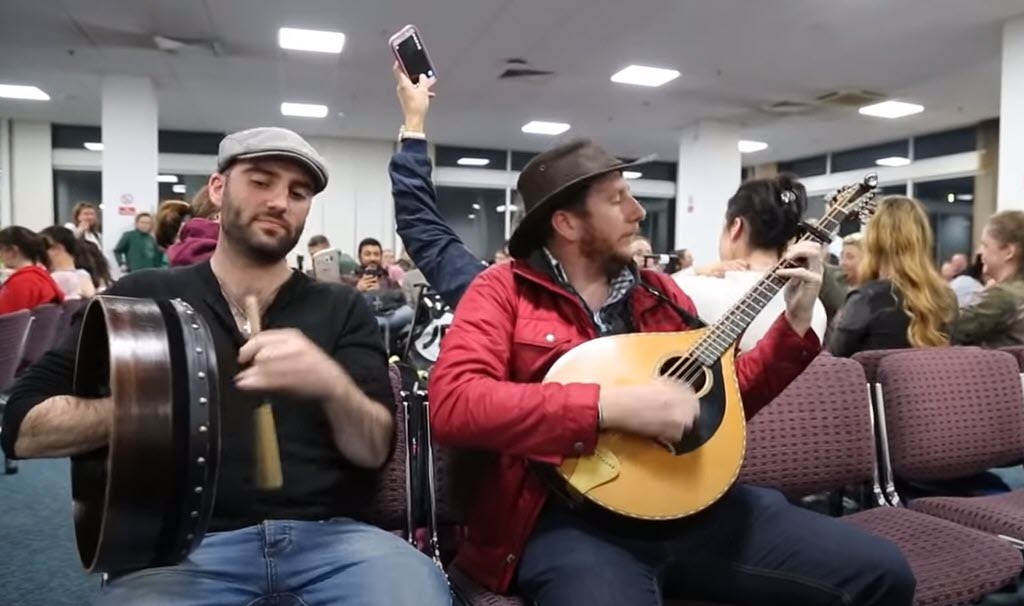 According to the post, Daoirí and Robbie have been friends for quite some time and perform together from time to time, with Daoirí being mostly a solo artist. They have both also done performances with Geoff. They were in Cumbria after attending a music festival called “Maddy Prior’s Stepping stones Folk Festival”. 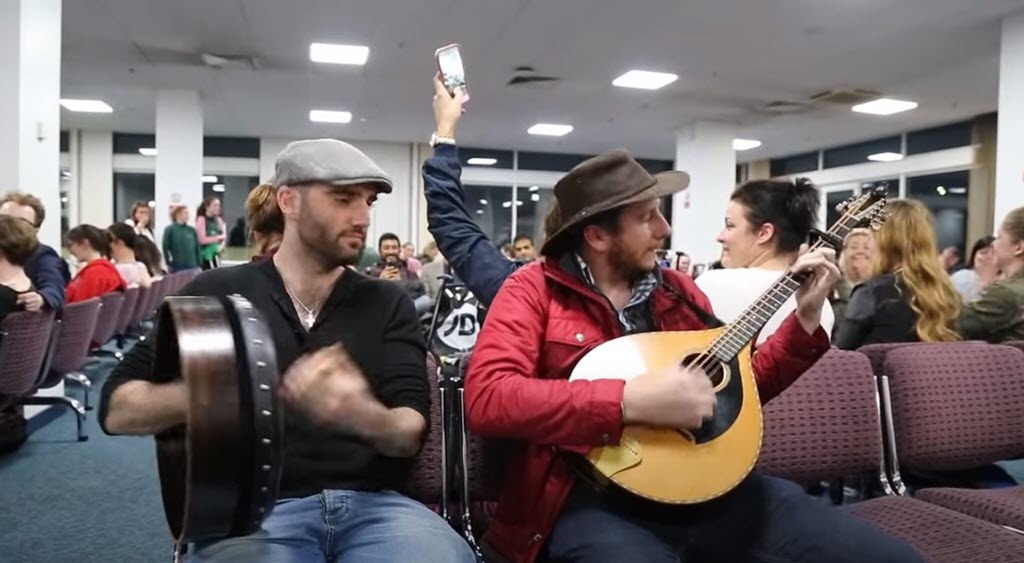 Daoirí, who posted the video, wrote the description of what happened that day. “So, this is what happened. The three of us came into the airport and the flight was delayed by nearly two hours. We could tell that everyone was a little bit unhappy about this and Geoff (the banjo player in the video) suggested that we play a bit of the Galway girl in a music session. He played a set of traditional irish dance tunes on the banjo and I (Daoiri Farrell) backed him on the Bouzouki. Robbie Walsh (Bodhran Player) then joined us and we had the attention of everyone in the room immediately.” Watch their impromptu performance below.

It’s always an assurance that good music will help you get through anything!