It is a heartwarming experience to witness or be part of an impromptu performance where strangers are gathered together as one. A crowd with a different purpose for the day and in different walks of life got united with just a single song.

It was one afternoon in front of a church in Lorenzkirche, Nuremburg on June 14 of 2014 when an ordinary day became an extraordinary one. People were spending the day walking leisurely, some were sitting on the pavement eating and the children were having fun frolicking. Little did they know that they will be part of a spectacular performance. And this ordinary day will become a special and memorable one for all. It all began when suddenly a little girl walked to a double bassist musician and started playing the theme of the “Ode to Joy” on her recorder. 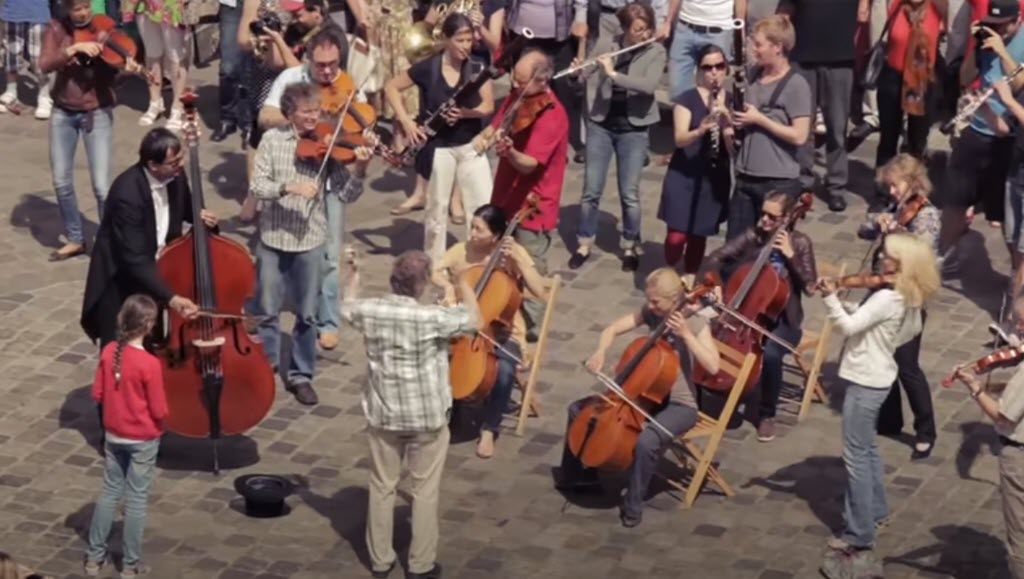 Then the other orchestra members from the Nuremberg Philharmonic came and continued playing the theme. The passersby got curious and started gathering around the performers and to everyone’s surprise, an angelic voice by the Hans Sachs Choir was heard singing the “Freude schoner Gotterfuken”. The crowd of spectators was encouraged and started singing along. Everyone was having a great time, some were even swaying and some were taking videos. And the most spine chilling was the finale and that everyone cheered loudly and applauded to a great and spectacular showdown. 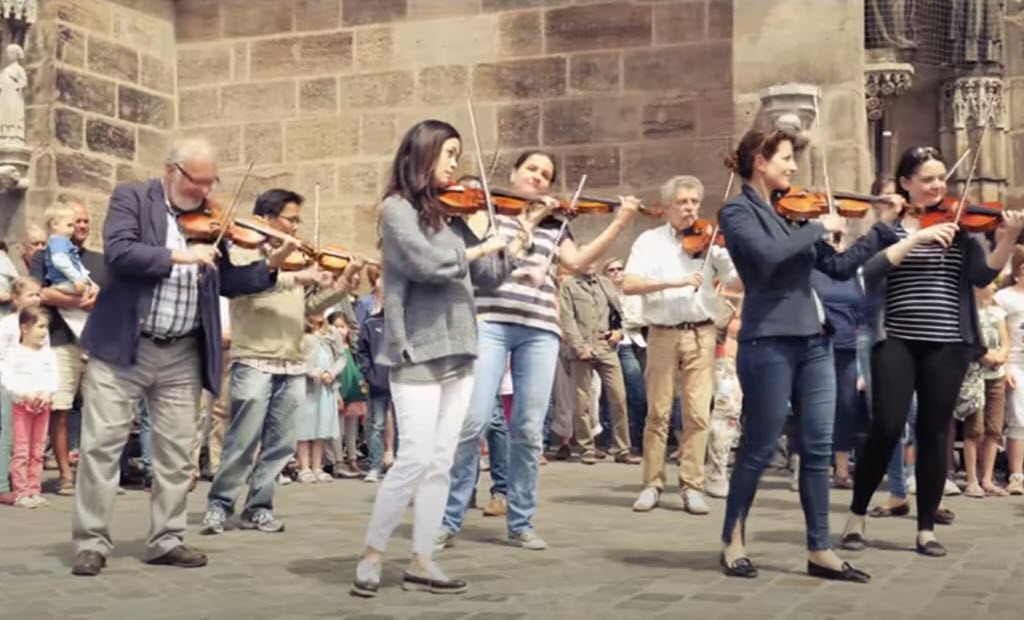 The Nuremberg Philharmonic together with the Hans Sachs Choir joined forces to encourage the passers-by in participating in a flashmob to sing “Ode of Joy”. This is the European Union’s official hymn since 1972 to stand united in their common values of freedom, peace, and solidarity that are shared by all members of the European Union.

Watch the whole performance below to feel the unity among strangers.

One great piece of music and one great crowd created an amazing production.