Talented musicians can be seen performing almost everywhere, on the streets, on stations to share their talent and live entertainment. They are called buskers or street performers, this has been practiced all over the world and even way back to antiquity. This is usually for monetary purposes and sometimes for gratuities like food and drinks.

It was a fine day in Plaza de Sant Roc in the city of Sabadell, Spain where a highly orchestrated flashmob happened. With over a hundred musicians and singers from Orchestra Sinfonica del Valles, Amics de l’Opera de Sabadell, Cora Belles Arts and Cor Lieder Camera joined together and performed “Ode of Joy” that turned into a mass ensemble. This was written by a German poet Friedrich Schiller in 1785 and used by Beethoven in his 9th symphony and has been adopted as the anthem of Europe. 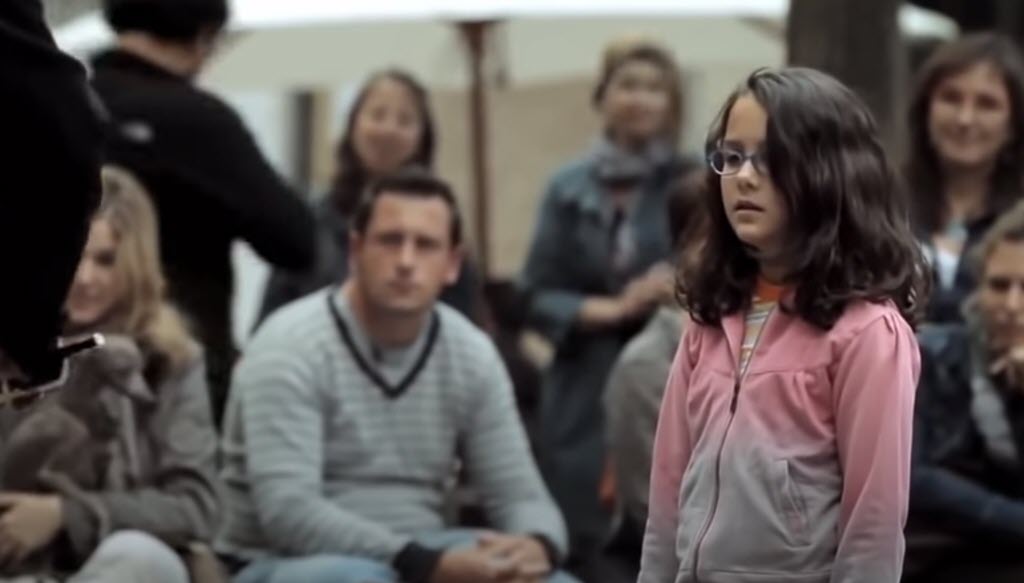 People in all walks of life were strolling around this plaza and children were playing and having a good time just like any other day, little did they know that this will become a magical one. It all started when a little girl approached what appeared to be a solo street performer playing bass and offered a donation he was then joined by another bass player. The passers-by started gathering around them watching and taking videos. And to everyone’s surprise, musicians started coming in different directions bringing their instruments. 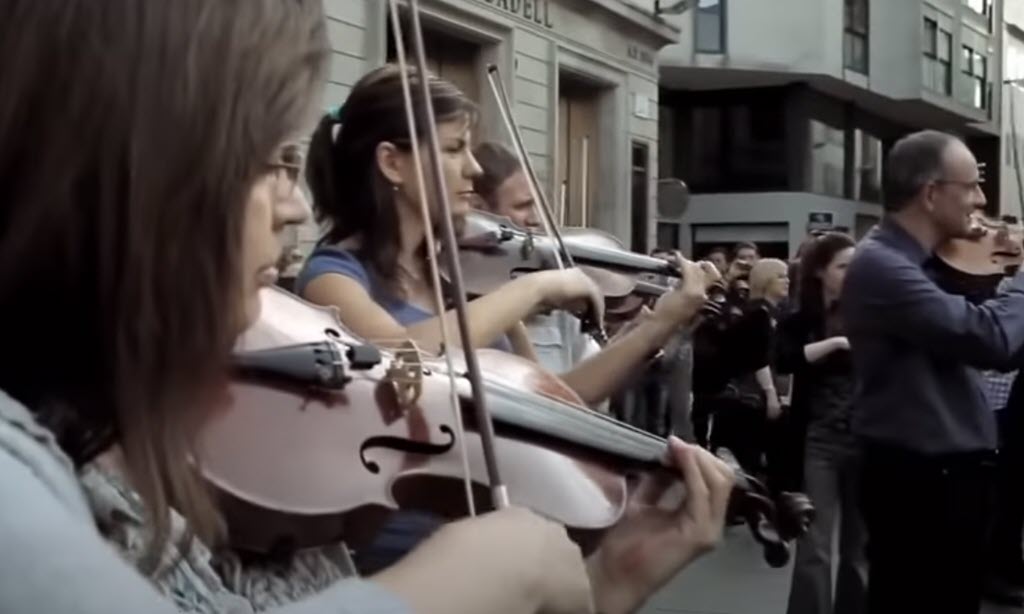 This attracted more crowd and all were trying to get a space where they can view the performance. One boy even went up a pole for a better spot. When the choir started singing people were encouraged to join and sing along. Hundreds of voices joined together as one made a spine chilling effect. It was one magical day that enchanted everyone.

Watch below to be part of the heartwarming performance.

One single hymn united strangers together and made an unforgettable memory.