Ahhh, college! Do you still remember how it was like to listen to boring lectures and look at the professor’s face yapping about a certain concept? Tick tock tick tock, time goes by so slowly you just wish some kind of miracle happens and the class would be dismissed. Quite nostalgic, right? Each academic discipline has its own challenges that a student needs to face. But there are also a lot of fond moments that make it all worth it. As for the music students at West Virginia State University, they were left with a beautiful memory that’d last a lifetime. Plus, they were able to capture it on film! 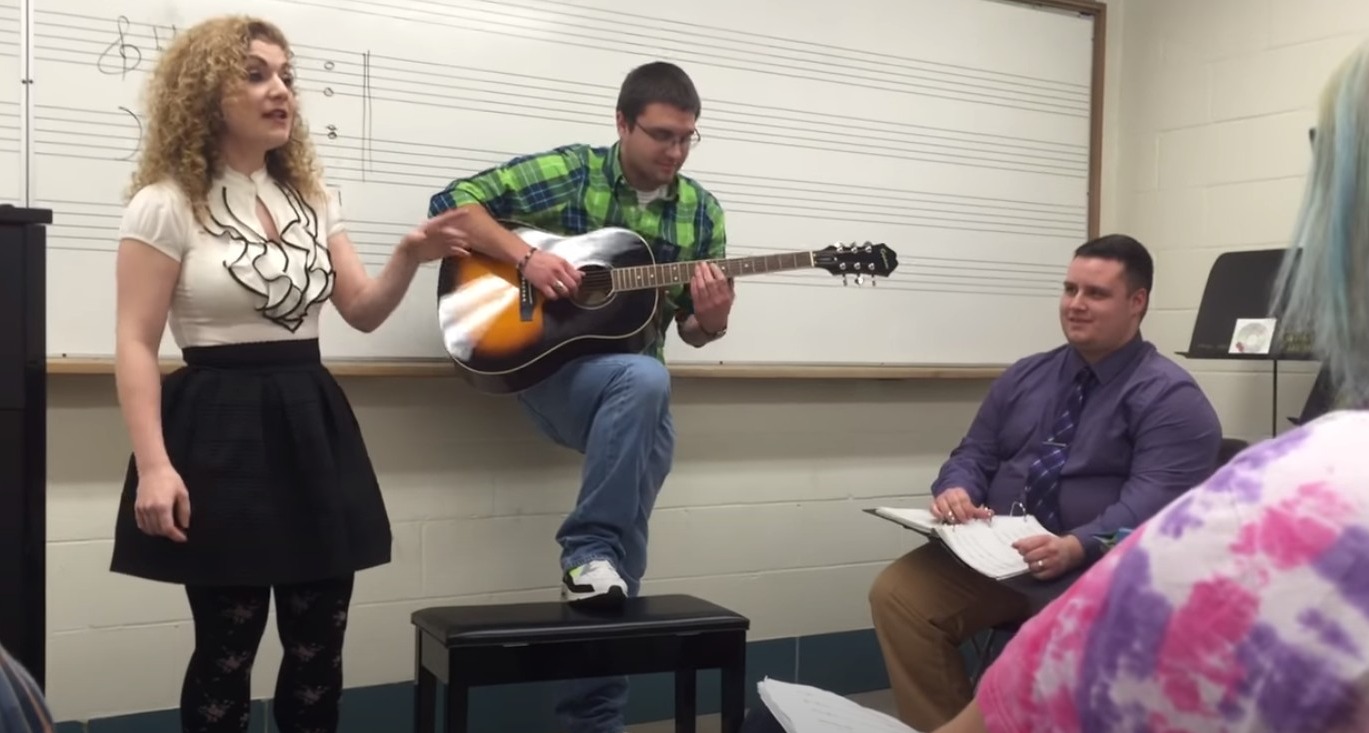 It started with their music teacher talking about a topic called deceptive cadence. For those who aren’t musically inclined, deceptive cadence is a chord progression that leaves a “hanging” or unresolved feeling when listening to it. The professor, Victoria Fatu, was giving the class a demonstration of what the cadence sounds like on the piano. But the students were a bit skeptical about it and thought that the idea doesn’t truly happen in music. So, they asked Victoria what kind of music uses this chord progression. Of which the professor insisted that all kinds of musicians do- even on pop music. She went on and urged the class to name a pop artist. And so, one student replied, “Justin Bieber”. 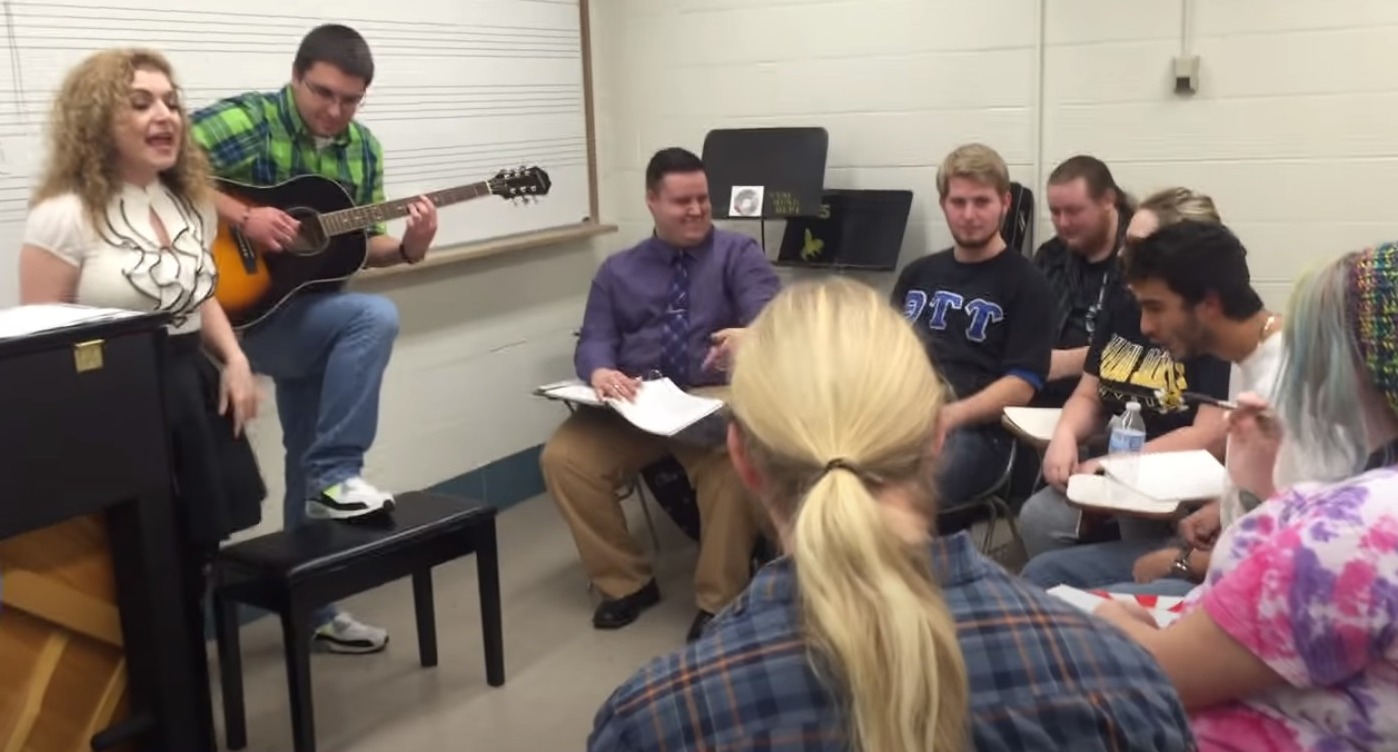 Glad to hear a perfect example, Victoria proceeded to display how Bieber uses deceptive cadence and started playing the tune of the song, “Love Yourself”. Then everything happened so quickly. The students taunted Victoria and chanted in unison for her to sing the entire song. This created a domino effect with one student grabbing a guitar to play the intro and another one picking up the beat. By the time the chorus approaches, the whole class pitched in the vocals, harmonizing to the song so perfectly. It was unbelievable!

Watch the video below and see how this awesome teacher turned a serious class into an interactive and enjoyable one.

Have you ever had a similar moment with your college professor? It must be one heck of memory for these students to treasure!