The Wind of Change is a ballad music recorded by a West German Rock band Scorpions for their eleventh studio album Crazy World. The song was composed and written by Klaus Meine the band leader’s singer and produced by Keith Olsen.

The music was composed after their visit to the USSR at the peak of Perestroika. It became a worldwide hit after the coup broke down that led to the collapse of the Soviet Union. It served as a somewhat political and cultural revolution, it stated very clearly about the feelings of hope and peace. This song was presented in films In Search of a Midnight Kiss, Gentlemen Broncos, and The Interview.

Let’s hear now the rendition of “The Wind of Change” by brothers Oscar Andres Morales Vega who plays the pan flute with the inclusion of his whistling and Pablo Santiago Morales Vega who plays the guitar. Because of their passion for the music they ensemble the Inka Gold, both grew up in Ecuador’s Mountains but are currently living in New Mexico. Their music is based on the old culture of Native Americans, and this is their way of sharing the heritage to the whole world.

Once again they have done a tremendous version of “The Wind of Change”, they brought us back again to the land of the Native Americans. Oscar rendered the harmony of the pan flute melodiously that it penetrates the inner core of the soul. The whistling sound is hypnotic that brings us closer to nature. The guitar playing of Pablo added an alluring emotion to the rendition. The melody is so remarkable that we never get tired of listening to it.

The brothers of Inka Gold continue to show their remarkable talents that we always try to find their interpretation of different songs on their channel. 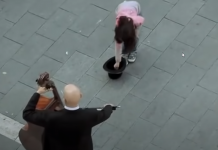 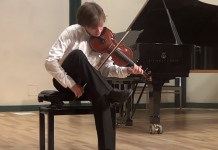 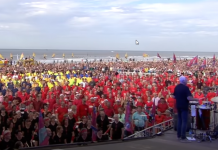