Civil disobedience is the intentional act of breaking the law to create an opportunity for change in those laws. Typically, those who engage in civil disobedience are willing to accept the natural consequences of their actions as a form of revolutionary resistance.

In many instances, the violence is perpetrated by people other than the protestors. In fact, in some cases, this type of violence is used to highlight the problem itself.

Does Violence Have a Role in Civil Disobedience?

When the Sit-in Movement was born, the protestors were using civil disobedience to protest segregation at lunch counters. The protest was intentionally peaceful on the part of the protestors.

However, as the sit-in progressed, the violence came from the onlookers and the police as they physically and verbally abused the protestors.

In this respect, the violence done onto the protestors highlighted the righteousness of the cause. When the Black community and their supporters protested during the sit-in, the violence was on the part of the white community.

However, despite the purpose of civil disobedience to remain nonviolent, are there situations where violence is necessary?

We often look at the work of Martin Luter King and hold up his message of nonviolence.

However, he also called riots the language of the unheard.

It is easy to muzzle the voices evident in civil disobedience. Many times the oppressor calls for peaceful protests to ignore the problem quietly.

So that begs the question of what comes after the lack of action in the face of a peaceful protest?

The debate on the role of civil disobedience goes beyond the idea of a peaceful protest.

However, despite Thoreau’s support of nonviolent measures, his writings also show support for the actions of violence taken by the protestors.

Today, the logic of civil disobedience is still in debate.

For some, civil disobedience often equals violence and is not morally justified.

For others, civil disobedience is a moral obligation because it is necessary to achieve progress in society and to keep governments in check.

Watch the video below that discusses Thoreau on civil disobedience.

Again, we go back to the question of what happens when society and the government neglect the grievances of the protestors? 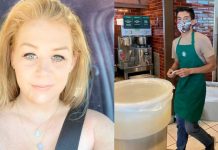 ‘Karen’ Attempts to Shame Barista Who Refused to Serve Her Without a Mask, Supporters ‘Tip’ Him $63,000 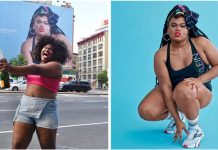 Black Transgender Activist Is the Newest Face of Calvin Klein 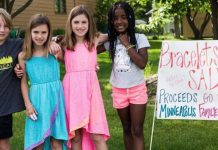