Captivating with a positive message and sung by someone with a voice of an angel, that is how “Fight Song” by 39-year-old American singer and songwriter, Rachel Platten has been received worldwide. As Markos Papatados of Digital Journal puts it, “The lyrics for ‘Fight Song’ are captivating and they tug at the heartstrings. Platten’s vocals are crisp and impressive, where the listener can recall such songstresses as Taylor Swift and Tristan Prettyman. Her lyrics are powerful and they paint a vivid picture in the minds of her listeners.”

According to Platten,” ‘Fight Song’ was inspired by a lot of experiences that were hurting me and that were making me feel like maybe I didn’t have a chance in this industry. I wrote it because I needed to remind myself that I believed in myself. No matter what, I still was gonna make music, even if it was on a small scale. Even if it was just for me.”

One of the best covers of “Fight Song” is one that has been done by the Piano Guys. I’m pretty sure like Rachel Platten than you’ve heard of them. If you haven’t, well first of, get out of the cave you’ve been hiding in for the last decade, or at least find a place with WiFi The Piano Guys is an American musical group composed of a pianist, Jon Schmidt, a cellist, Steven Sharp Nelson, a videographer, Paul Anderson, and a music producer, Al van der Beek.

The Piano Guys have done amazing covers, and mashups like “Love Story Meets Viva la Vida” a mashup between Taylor Swift’s country pop-style music and Cold Play’s “Viva la Vida,” and what’s more is that it’s not just the music that tugs at your heartstrings, the videographies are so well done that it just gives so much more life to the music. And that is what they did with their cover of “The Fight Song” the music was given a Scottish twist, with bagpipes and some “Huas” from Scotsmen accentuated by the mesmerizing scenery of Scotland itself. Don’t take my word for it; just watch the video below.

The way this video was made, the music and videography were so well thought off that you could almost hear Rachel Platten singing. 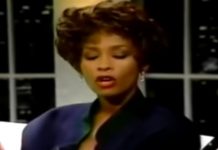 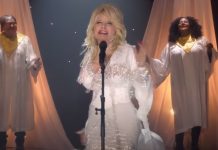