The Best Stuff Online
Home WTF There Are Roughly 200 Corpses on Mount Everest Used as Guideposts for...
1.3k
ShareTweetStumbleRedditPin
PocketTumblrLinkedinBuffer

Being able to climb the summit of Mount Everest, the highest mountain above sea-level on Earth may be most climbers’ dream – experienced or not. Mount Everest, currently has an official elevation of 8,848 meters of 29,029 feet. Because of the height, oxygen levels on the upper parts of the mountain are limited making it to just 1/3 of what we are accustomed to. The decrease of oxygen and the abnormal decrease in temperature puts a strain on the organs often bringing upon altitude sickness, fatigue, and stroke. These are common when a climber reaches anything above 26,000 feet of the mountain, that’s why it is called the “death zone.”

Despite this, climbers flock to Everest to get the achievement. Some are lucky enough to get back alive. Some go home with permanent disabilities. What’s worse is that some don’t even make it home at all. Since Edmund Hillary and Tenzing Norgay reached the summit for the first time in 1953, more than 4000 people have followed their journey. To those who never made it home, the mountain served as their final resting place, giving the gruesome name of “the world’s largest open-air graveyard” to Everest.

There is a standard protocol from the authorities that dead bodies on the mountain are not allowed to be brought back home. They are to be left there where they had their last breath. The logic behind this is that there have been a lot of instances where rescuers that are trying to retrieve bodies also suffer tragic fates and do not come home at all.

So what happens to the bodies, then? Well, for some, they are buried in their eternal rest under the snow. But those who aren’t buried, they serve as guideposts for the next climbers to attempt to reach the peak. One of the most common corpses of Mount Everest is called “Green Boots” because of the bright green boots he was wearing when he died. It’s not clear who the person is, but it is suspected that the body is that of Tsewang Paljor, an Indian climber who was one of those who died in 1996 where the famous Everest Blizzard struck and wiped out climbers. Green Boots then served as a sign that the climbers are near the peak already.

Ten years after, a new climber joined Green Boots in his eternal resting cave. But unlike Green Boots, who most likely have gone unnoticed, David Sharp and at least 40 other people hiked up that day. Due to exhaustion, Sharp sat down beside Green Boots in a huddled position until he eventually froze to death. His death sparked a controversy about the culture of climbers in Everest. Of all the other climbers who saw him in his distressed state, not even one stopped to help.

Sir Edmund Hillary, the first man to reach Everest’s summit criticized the climbers who went passed Sharp. He attributed the attitude to summit fever, which is the mind-numbing desire to reach the top.

“If you have someone who is in great need and you are still strong and energetic, then you have a duty, really, to give all you can to get the man down and getting to the summit becomes very secondary,” he said days after Sharp’s death hit the news.

“I think the whole attitude towards climbing Mt Everest has become rather horrifying,” he added. “The people just want to get to the top. They don’t give a damn for anybody else who may be in distress and it doesn’t impress me at all that they leave someone lying under a rock to die.”

The real first man to reach the top?

In 1999, a body that seems to be the oldest known corpse on Everest was found. He was identified as George Mallory who climbed up the mountain in 1924. He had primitive tools with him and his body, his upper torso, left arm, and half of his legs are preserved, are dressed in a tweed suit. He has a rope injury on his waist, leading those who found him to believe that he had been tied to another climber when he fell to his death.

It is still unclear if he indeed was the first man to ever reached the summit of Everest. During his time, he was a famous mountaineer who when asked why he wanted to climb Everest answered with “Because it’s there.”

So near, yet so far

The horrors that Hannelore Schmatz encountered before her death in 1979 seem to come straight from a movie plot. After reaching the summit, she was already on her way down when she succumbed to extreme exhaustion. Despite her Sherpa’s warning, she still set up camp within the death zone. During the night a snowstorm hit, but she survived it and she was able to continue her descent the next day.

Unfortunately, when she was about 330 feet from the camp, she eventually succumbed to a lack of oxygen and frostbite. This made her not only the first German to die on the mountain but also the first woman. Her body remains as one of the famous bodies because it is one of the first that climbers encounter since she was already close to the camp when she died.

Despite the risks and the death toll, climbers still flock every year to reach their goal. How do you feel about the corpses that are on Everest now? We didn’t want to post the photos here but go to AllThatsInteresting if you’re interested in them. 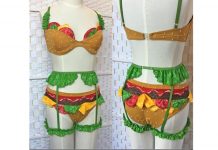 This Cheeseburger Lingerie Will Definitely Sauce Things up in the Bedroom 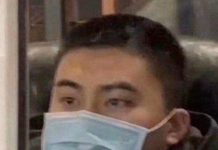 Man Can’t Quit Smoking, Devises Special Mask that Allows Him to Puff Away