This campus cat can’t be bothered and he’s too relatable! An adorable kitty in Japan loves roaming around a university campus and even ‘attends’ classes in his own will. But, unlike many of us, he’s living the dream. He can just snooze anytime, anywhere without any consequences! You may have dozed off during class at least once. You may have consciously moved to the back seat to avoid being noticed by the lecturers or perhaps you were just betrayed by your own eyes and body in the middle of the class. Regardless, we’ve all had those weak moments where we just can’t help but take a bit of a rest.

As to this student feline, he does it all the time and he’s proud of it! He has nothing else to do and is certainly not in a hurry to go somewhere else. And he’ll probably spend his life ‘learning’ every day in the four corners of the classroom- with his eyes closed and his body curled in satisfaction. The sleepy catto’s name is Ponta. He’s a white-breasted ginger cat who ‘studies’ in a Japanese university and visits different classes on a daily basis. When he’s not busy getting comfortable on the tables inside the classroom, he loiters around and enjoys being showered with affection by his peers. 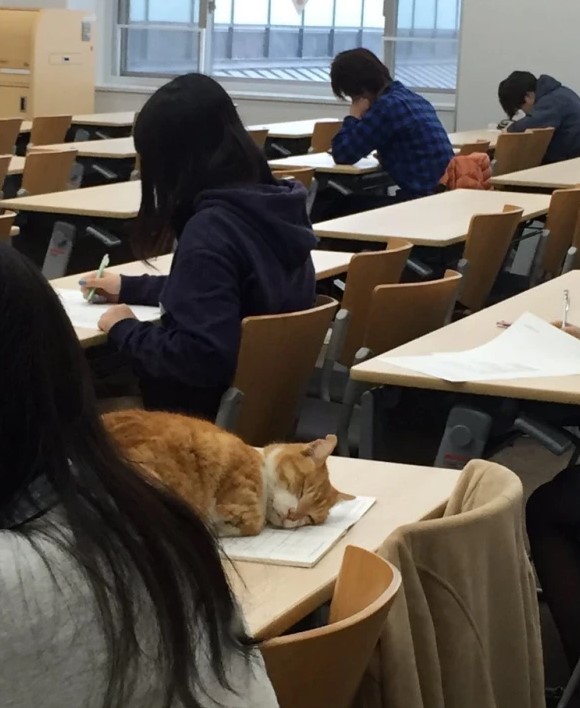 Ponta was introduced to the internet by one of his university buddies. He tweeted snaps of the nerdy kitty’s life around the campus which created a domino effect. The post has immediately gone viral with people saying how the feline’s living the best university life. Other students on the campus also shared their own photos and accounts of the perpetually sleepy cat. We just couldn’t get enough of it! The tweet has, in fact, garnered around 295,000 likes and 48,000 retweets. 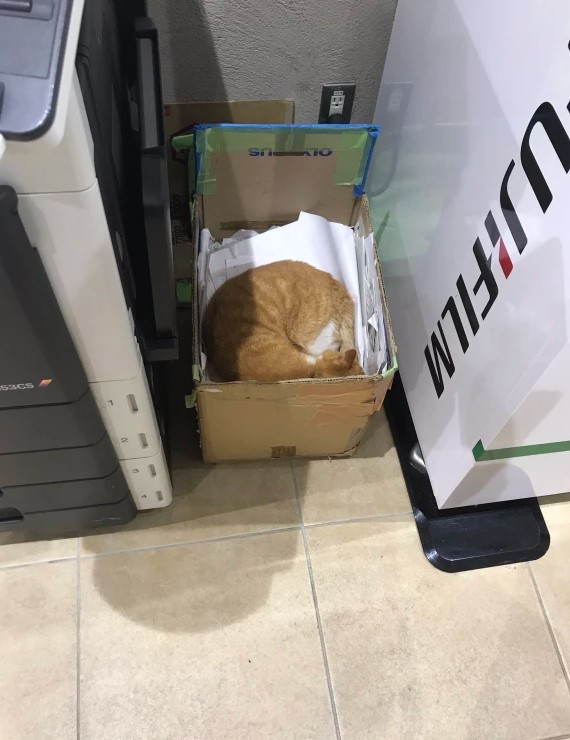 Sleeping soundly at the University entrance

Even doing sunbathing in the garden 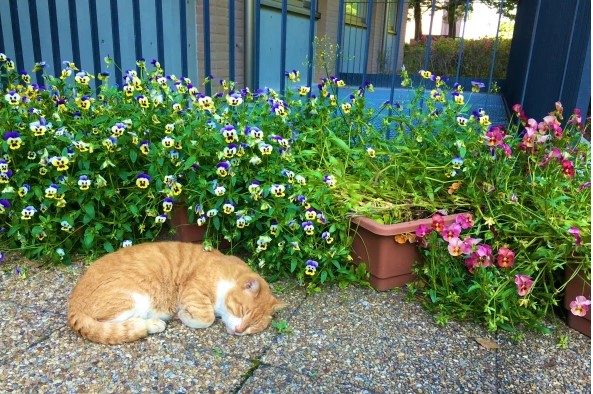 If he’s not sleeping then he may be loitering around and getting pats from his peers. 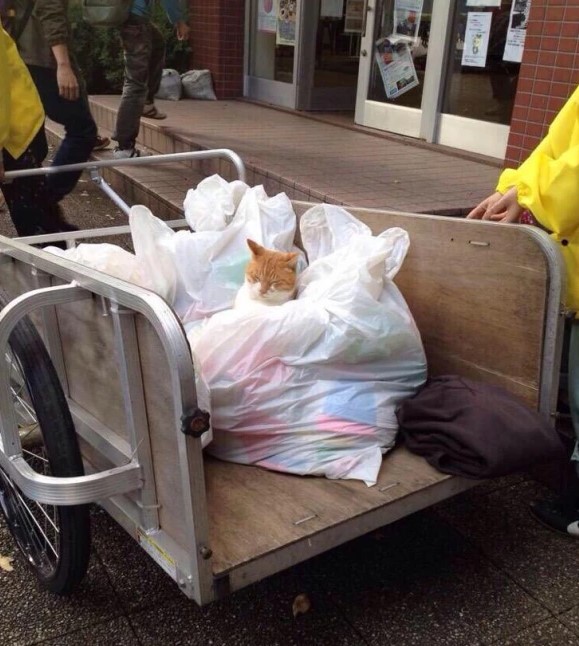 See more of his delightful campus life below.

Cat In Japan That 'Attends' University Classes Just To Sleep Is Actually Us In Reality https://t.co/XtCbPHv5Il

Just look at him. Wandering around, sleeping at will without a care in the world. I would love to have him as my seatmate and even my best college pal! 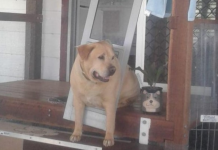 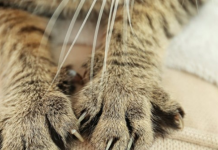 Is This Cat Seriously Going Around Giving People Massages? Yep!