The Best Stuff Online
Home Animals This Guy Is Officially a Superhero for What He Did for Dogs...
1.4k
ShareTweetStumbleRedditPin
PocketTumblrLinkedinBuffer

Our feature story for today is like a modern day Noah’s Ark, but to dogs and other critters. One man was hailed a hero when he opened his house to about a whopping 300 dogs and other critters as the dangerous Hurrican Delta. Ricardo Pimentel’s house served as a refuge for the animals who would otherwise have no shelter during the hurricane. Cat’s found home in his son’s room. His daughter’s room housed chicks, bunnies, and also one hedgehog. There is also a flock of sheep, which he housed on the patio.

But what about his house? Wasn’t it ruined? Unfortunately, it was, but fortunately so, he didn’t mind. He said that the house can be fixed and that it was worth it because all the animals survived. “It doesn’t matter if the house is dirty; it can be cleaned,” he says. “The things they broke can be fixed or bought again, but what’s beautiful is to see them happy, healthy, and safe, without wounds and with the possibility of being adopted.” 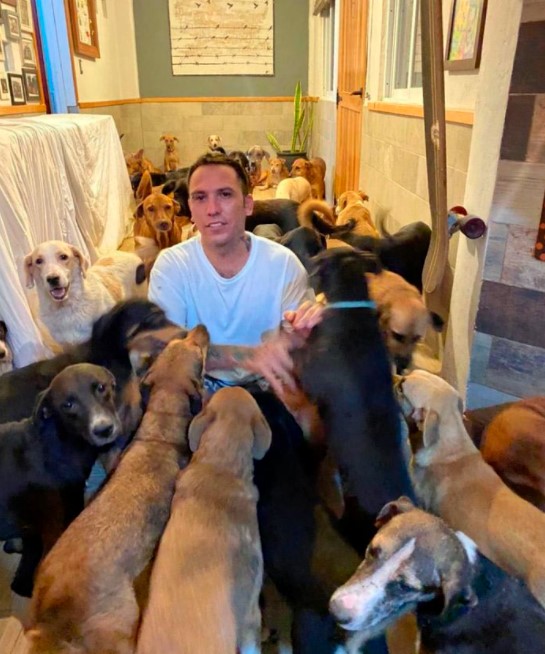 It started when he posted on Oct. 6 about the coming hurricane and how it might lead to store closures. He was asking for donations to prevent food shortages. He said that he had already cut branches and boarded up windows at the Tierra de Animales (Land of Animals) shelter that he had founded almost 10 years ago. “If I lived with just 10 or 20 dogs, I wouldn’t worry much, but here we have hundreds of animals and we can’t afford the luxury of not having enough food,” he said. 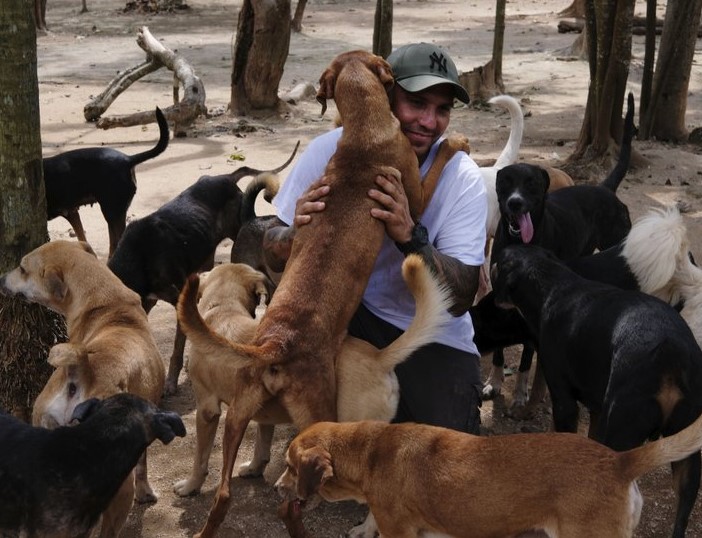 He was so busy in the midst of the storm that he didn’t know that his posts reach people all over the world who donated hundreds of dollars for his cause. Pimentel gets help from workers, volunteers, and family, including 20-year-old daughter Luna, who is studying to become a veterinarian. In the end, he wanted to say thanks to those who helped. “We would like to think that thanks to all this attention, somebody would like to be part of the story and say: ‘I adopted a dog saved from that famous Hurricane Delta.’”