10-year-old Sammy DiDonato is an internet legend now. A hilarious video showing him in an intense stare down with the TV cameras at a College World Series game has gone viral. The original video has over 28 million views on Facebook.

And that number will only go up from here. Sammy’s mother says, “That’s just his personality and it’s all him.” 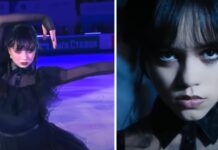