Cats have always been curious creatures. They go to every nook and cranny just to look for things that might interest them- which they always find! And I think all feline owners would agree that they’re easily amused by almost anything. So, it’s no surprise how a young kitty got immediately excited as she saw a baby deer hanging out on her porch. The kitten, named Miro, was captivated and couldn’t contain her delight as she went over to greet her new guest. The fawn, on the other hand, seemed uninterested as it stared blankly while lying still and chilling on the veranda. Looking as if it didn’t notice Miro at all! 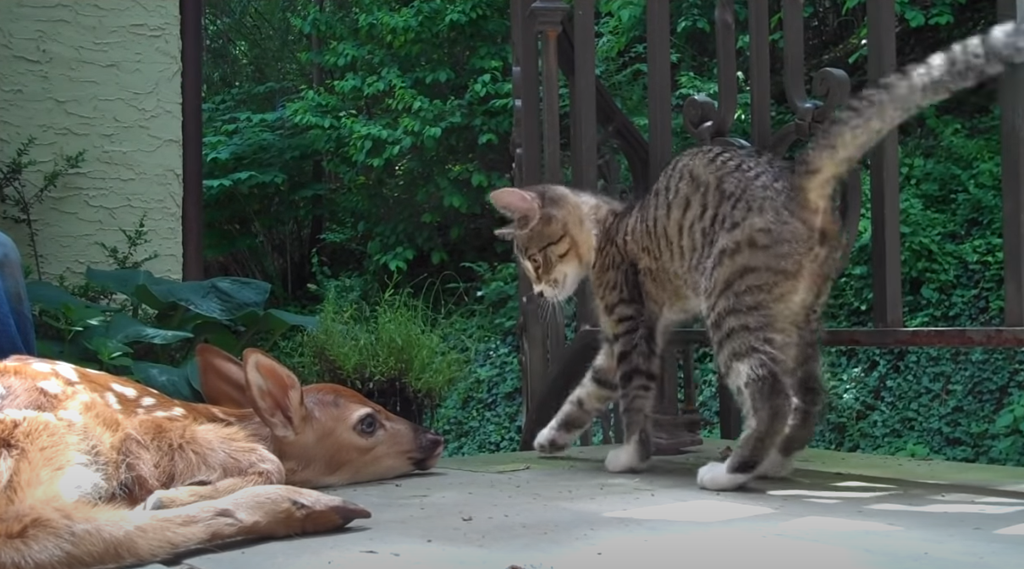 It’s really an adorable sight as the two interacted with each other quite differently. The cat, eager to catch the baby deer’s attention, gave it some loving licks and playful taps. She even looked like she wanted to play a game of tag together and demanded as much attention as she can. But the fan was unassuming, probably due to its young age, making it unable to walk and reply at all. Not to mention that as a 48 hours old deer, its natural defense mechanism is most likely kicking, making it cautious around possible predators.

Depending on who’s looking, it can seem super sweet and cute or a bit scary. But for those who are concerned about the baby deer’s safety, let me assure you that the cat doesn’t mean harm at all. Sure, Miro is a juvenile who seemed reckless and immature. But while her natural instincts tell her to investigate, she’s clearly just trying to get the fawn to play much like how kittens do with their playmates. You can even see her claws retracted. 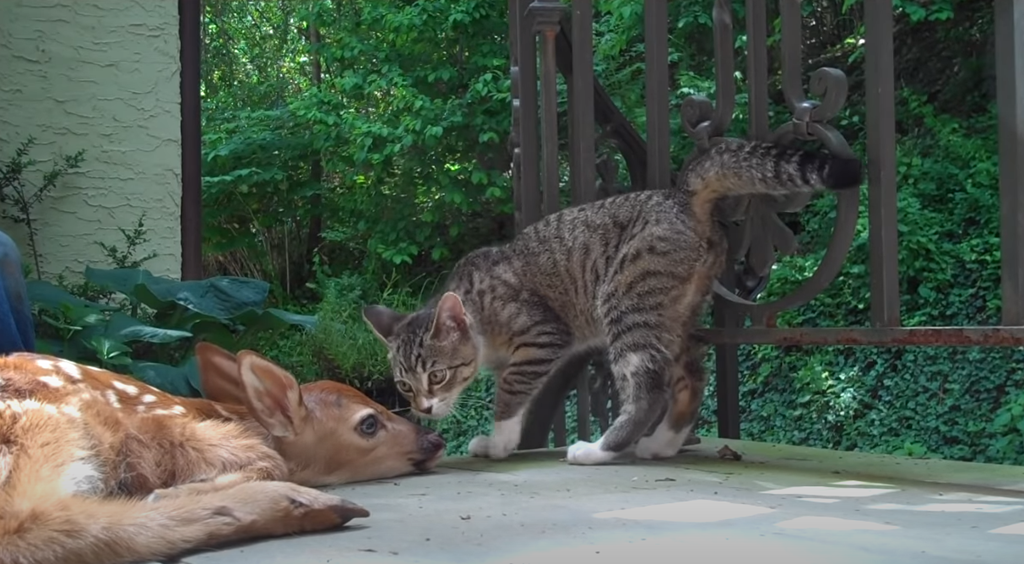 Also, if you’re worried that the lonely fawn might have been abandoned, the filmmaker said that its mom actually returned just shortly after the video was taken. It would’ve also been heartwarming to see them happily reunite, don’t you think?

Watch the video below and see these two animals’ completely different reactions seeing a stranger!

The baby deer would probably forget this weird encounter of a little furry creature touching its head out of nowhere! As to Miro, she’ll definitely find another friend to play with- one who has the same quirkiness as she has.