Forget about Freddy Krueger and Bogeyman. Don’t even think about the monster under your bed. These creepy crawlies are literally around you and some are ready to haunt your house! Ever wondered how tadpoles or even maggots look like up close? Oh, I tell you, they’re not very pleasing to the eyes! But hey, don’t take my word for it. Go ahead and see for yourself. Enjoy these detailed zoomed-in photos of little monsters from a microscope- if you dare.

Maggot– I already hated it from afar. And now that I see it up close, I think I hate it even more. Anybody else feels me? 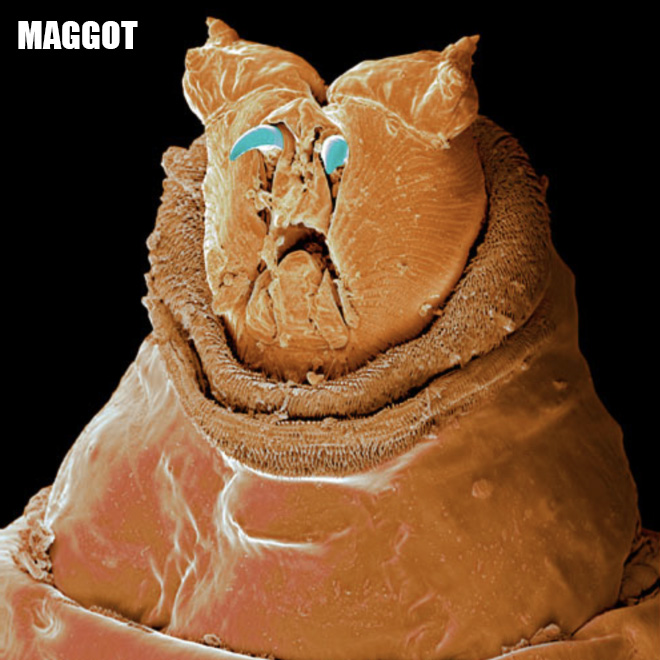 Tardigrade– It looks like a kinder, slower, and older version of Kermit the Frog. 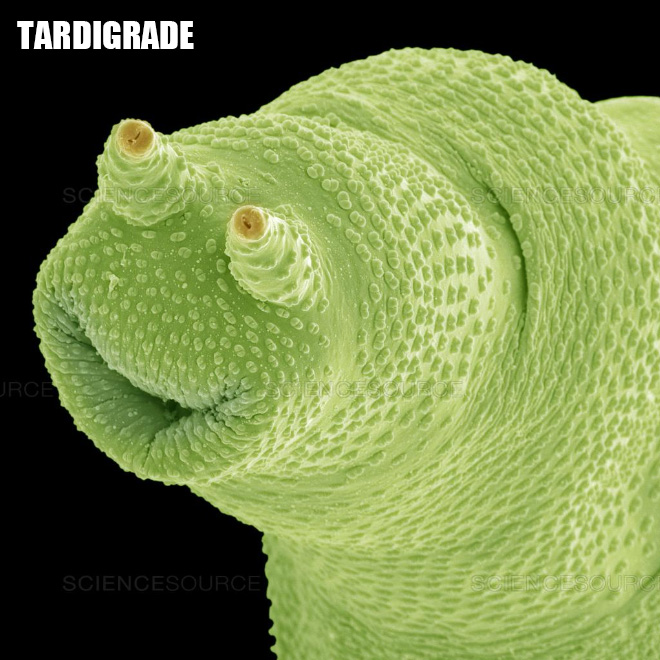 Deep Sea Worm– Why doesn’t it look like a worm, though? 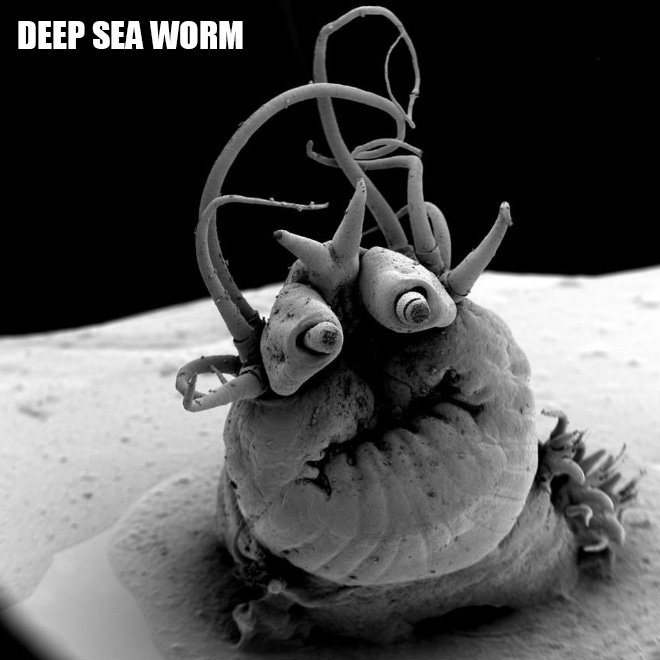 Ant– I’ll never look at them the same way again! 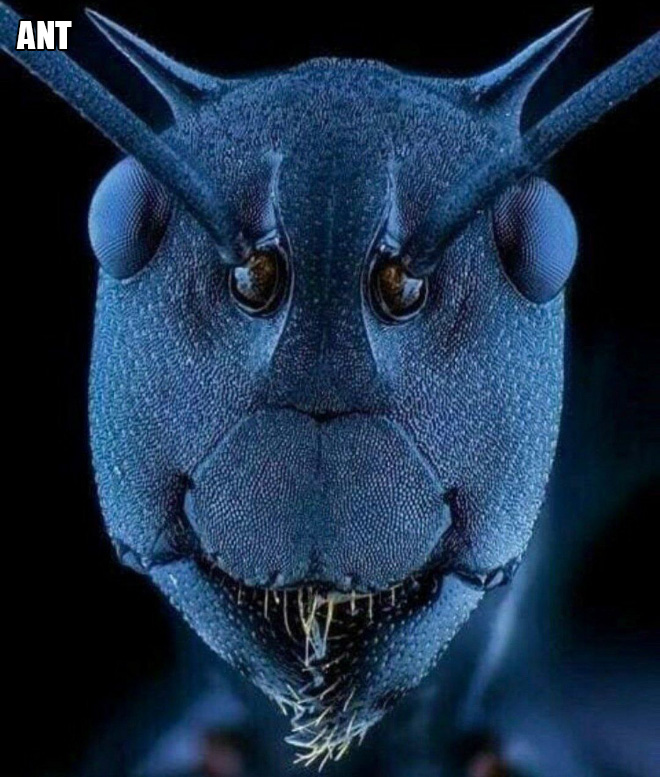 Tadpole– Is it smiling with its weird mouth? 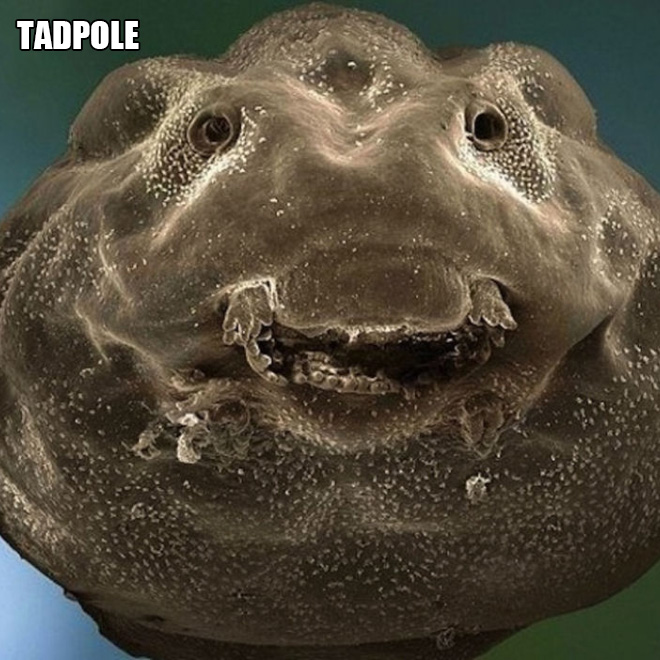 Bristle Worm– This certainly looks like the sandworms from the movie, Dune. 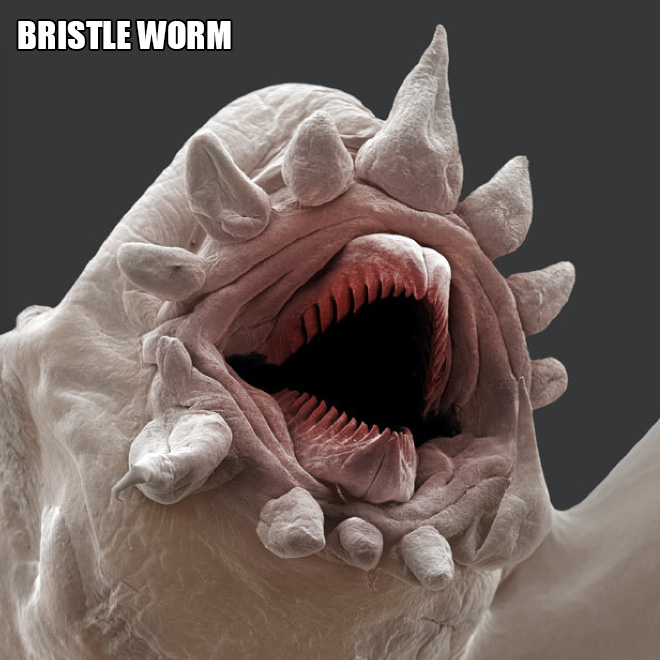 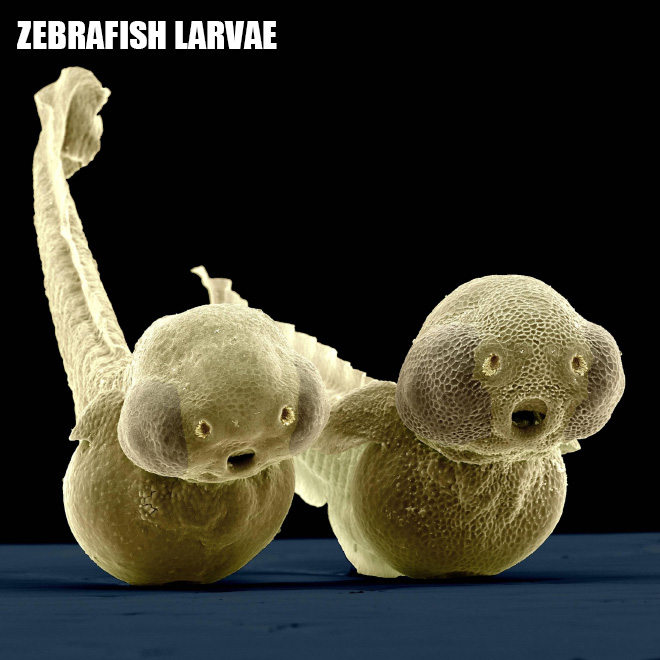 Wooly Bear Caterpillar– This is what happens to you when you overwork. Remember, you become this caterpillar! 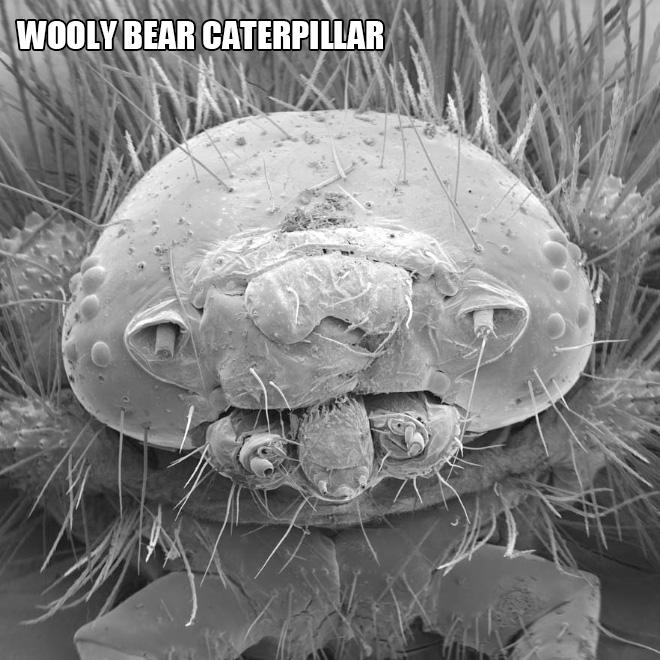 Deep Ocean Worm– It’s even meaner up front! As if it’s cursing me or something. 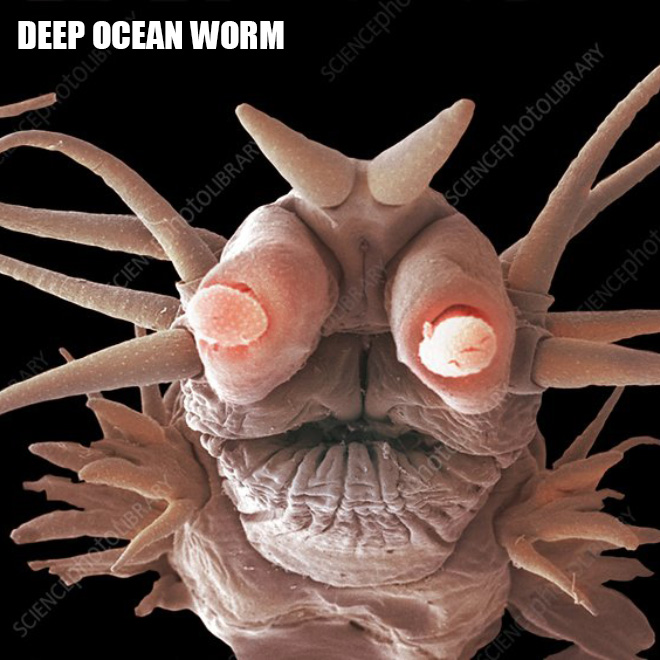 Sludge Worm– It’s definitely how I imagined it when I heard its name. 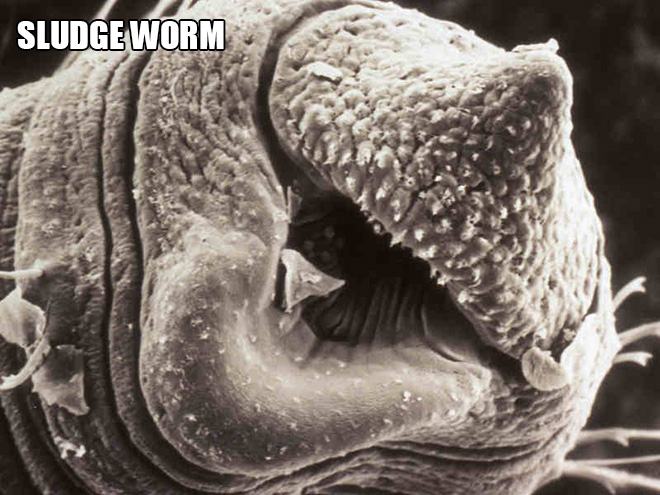 Head Lous– Major eww! It’s like a different version of a cockroach. 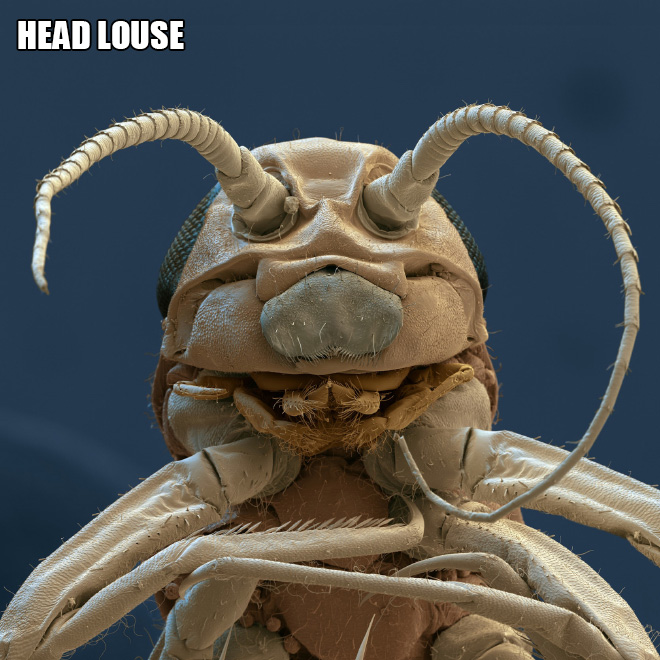 Mealworm– This one will surely give me nightmares. 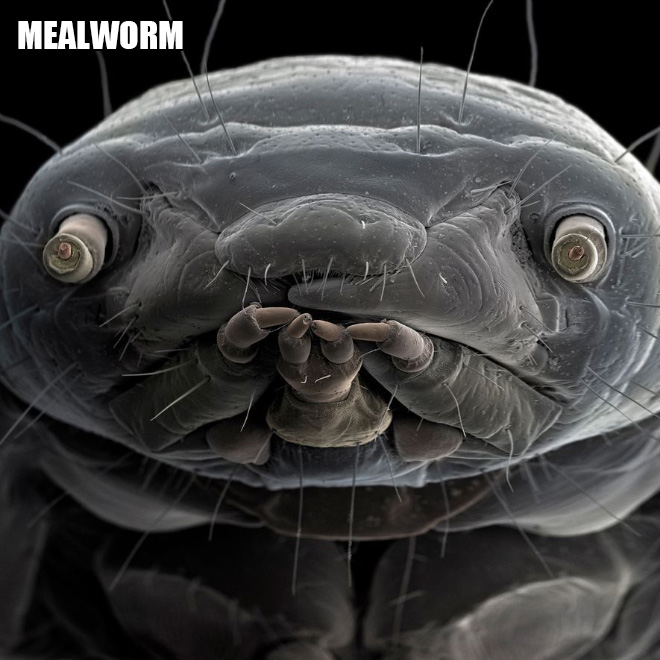 Wasp– Is it just me or wasps are actually…adorable? 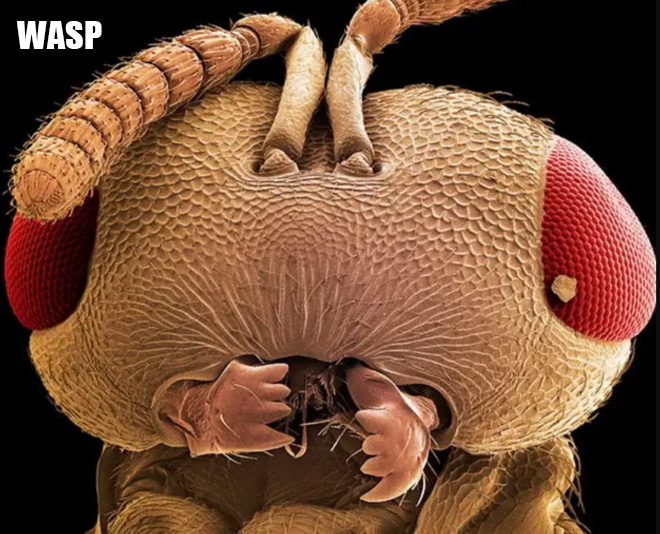 Caterpillar– So many hairs! 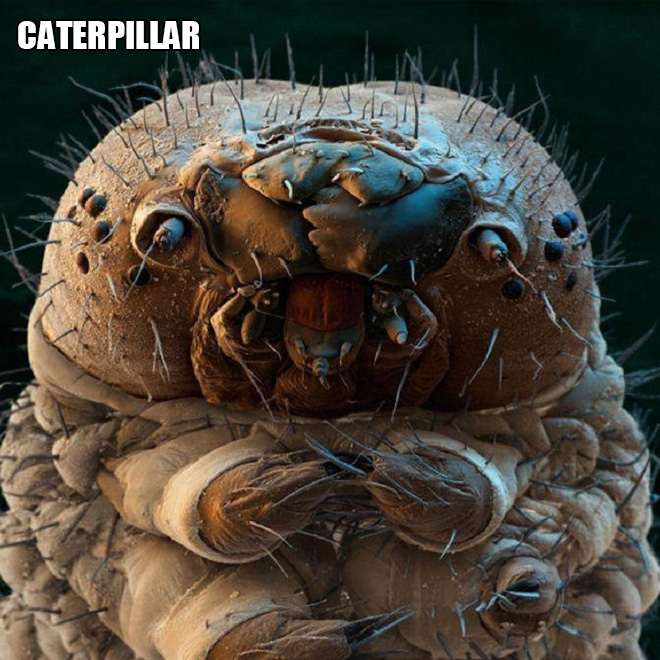 Whitefly– What is going on here? 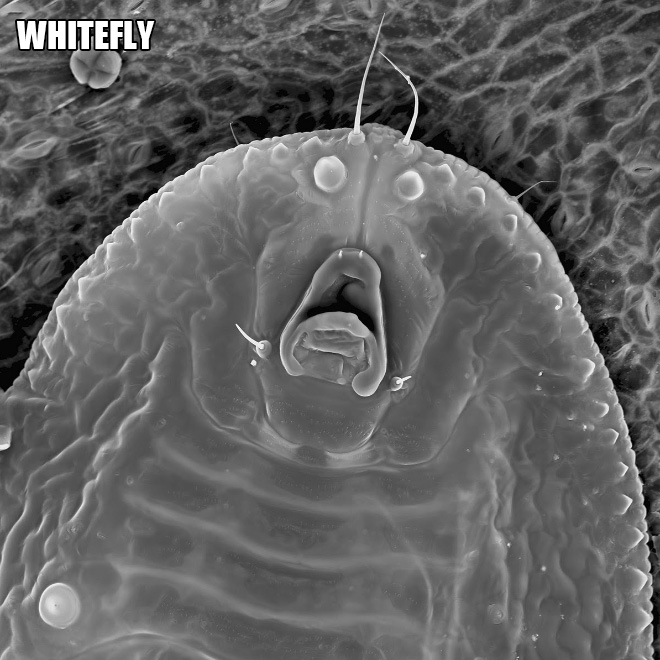 Marine Worm– The sea truly holds so many secrets. I mean, worms down there look like this? 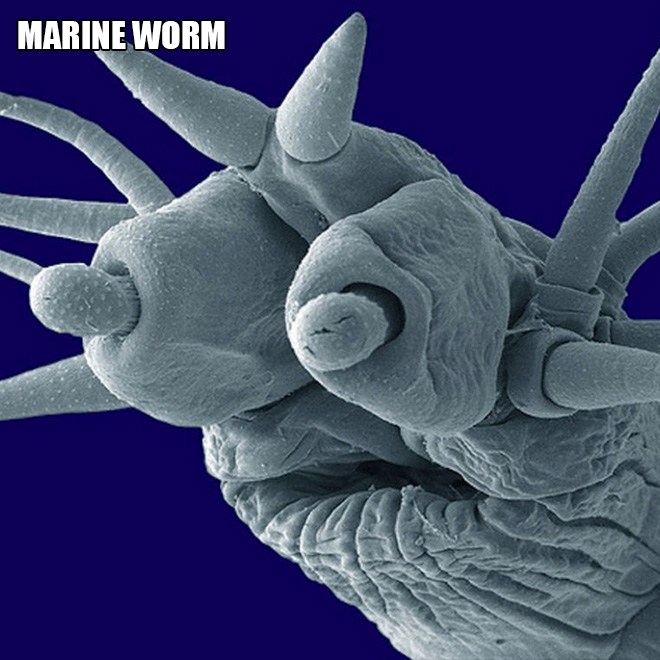 Zebrafish Embryo– First of all, the texture itself is making me cringe! Everything else about this creature is horrifying. (Well, except for its bright yellow color.) 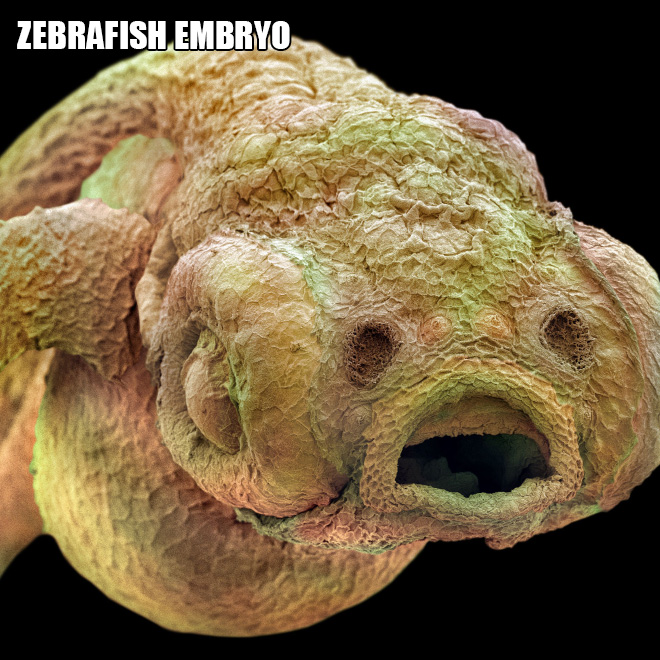 Water Bear– It’s kind of complicated and really strange. Is it wearing an astronaut suit? Why does it have claws? And what’s with that hole? 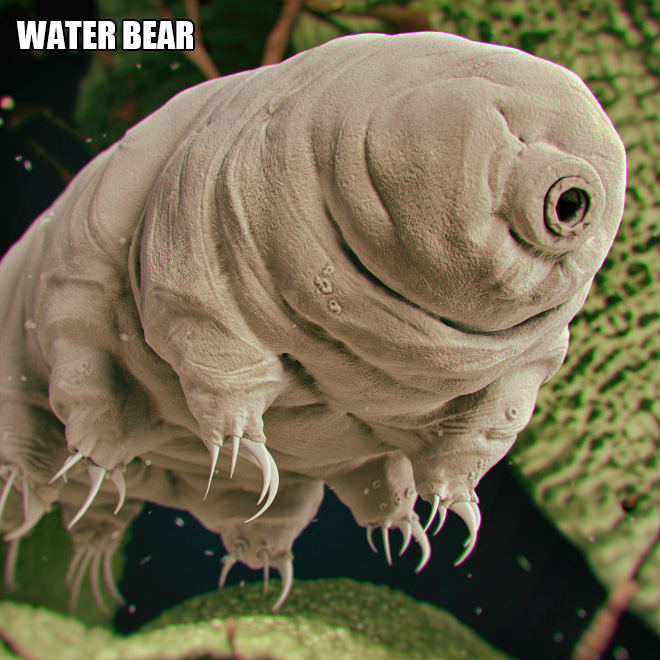 Maggot– Maggots twice? It seems different from the first one, though. 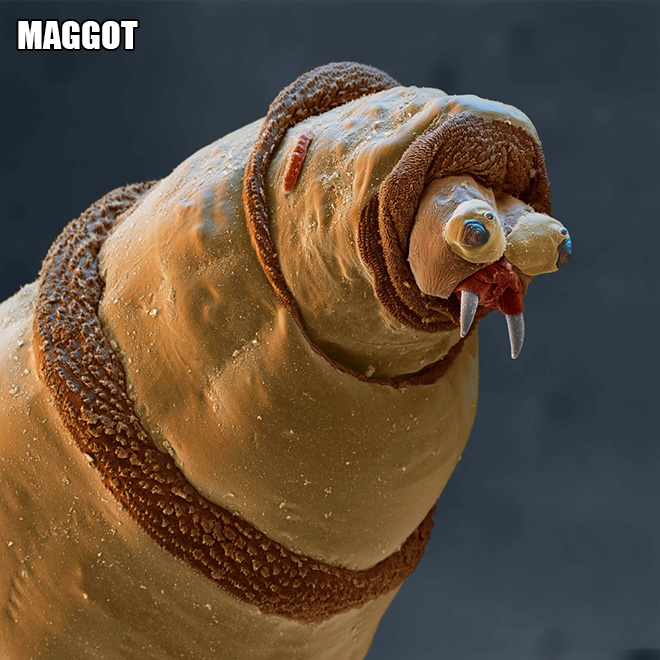 Ant’s Butthole– Alright, guys. Why is this included again? 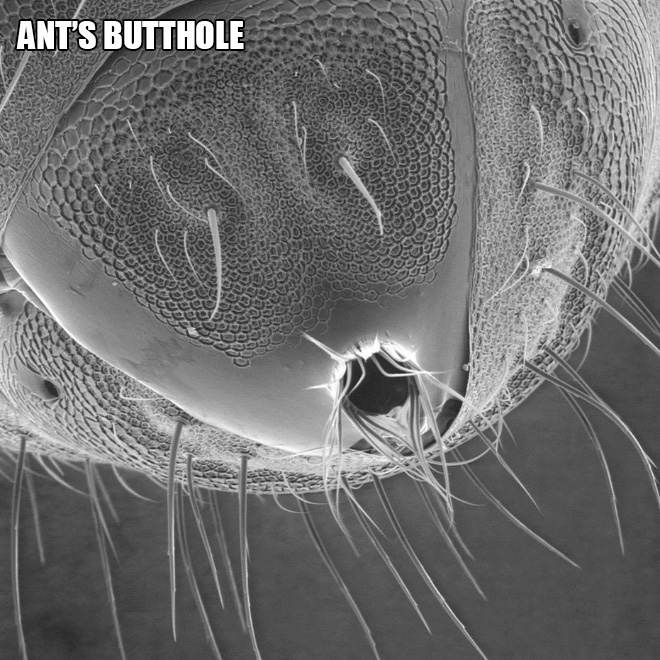 And that’s it! Whether you’re here for the sole curiosity or this is some sort of guilty pleasure, I hope you enjoy looking at these tiny monsters.