In every metro around the world, you’re bound to stumble into a busker. Whether they are singing rap songs, playing the sax, or having the buckets for drums, everyone living in the major cities has encountered them. In New York, the famous city that never sleeps, almost every subway has at least one person playing an instrument or performing a song. While they have a reputation of being ignored or avoided, nothing stops these performers from entertaining everyone and bringing art in the air. And, once in a while, a street artist will sing his heart out so beautifully that everyone can’t help but stop for a moment and tune in.

One such performer stunned the audience with his raspy voice and psychedelic guitar skills. Jalib Johnson is a young artist full of undeniable talent and energy. He wowed the subway audience with his soulful singing paired with some awesome guitar run, just like Jimi Hendrix. He played the song, “This Is a Mans World,” by the late James Brown, who was one of the Godfather of Soul’s famous ballads. It was a normal day for the bustling city up until this genius unexpectedly had his transcending melody echo around the platform. He was suddenly the man in the room. 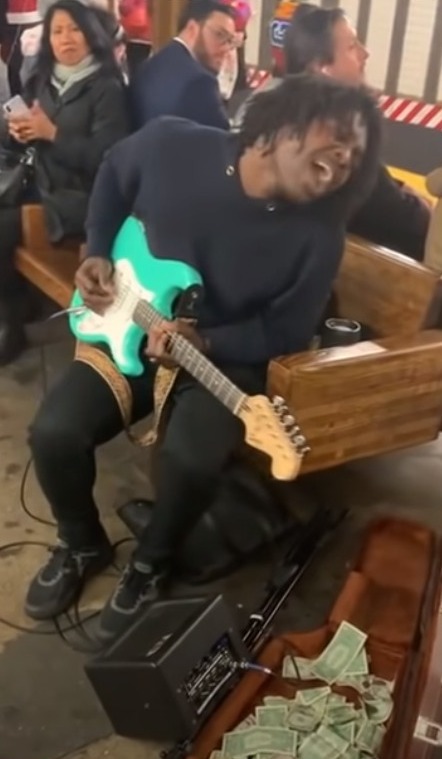 You can see the other people in the video pulling out their phones and recording the performance as soon he started stirring his guitar. But his incredible voice was a real game-changer. It pierces through you beyond words. It makes you feel like you completely understand what he’s trying to portray with his music. Soon enough, more and more people in the subway stopped and looked for the direction of where the beautiful sound was coming from. They were all mesmerized! Finally, he showed everyone once more of his mad guitar skills before ending the piece. And then, comes the countless people dropping money to the guitar case and shaking Johnson’s hand. 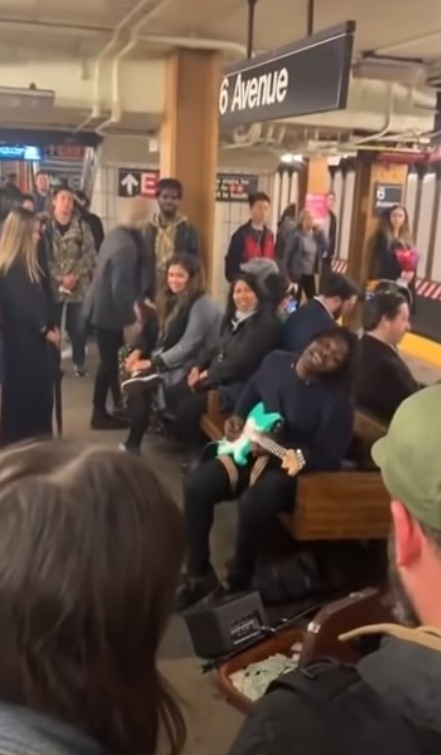 Watch the video below and see for yourself what talent this impressive man has!

It’s difficult to make a good living as a creative artist. Someone with this brilliant talent deserves to be seen by the world. I honestly hope he shines through a bigger stage soon!