Earlier this year, we were greeted with an unforgettable tragedy: the abrupt passing of the one and only Kobe Bryant. The basketball superstar was flying with his daughter Gianna, when the helicopter crashed, ultimately taking their lives. The world was filled with sadness when the news came along, breaking the hearts of everyone who considered him a hero. Many celebrities and world-renowned artists have shared their grief and even performed different tributes in memory of the NBA legend. One of the most notable is the soulful performance of Alicia Keys during an LA memorial service.

She played a moving rendition of Beethoven’s ‘Moonlight Sonata’. It was a particularly special number as it has brought out and celebrated a fond memory of the superstar’s life. Rob Pelinka, the Lakers general manager and Gianna’s godfather, mentioned how Kobe loved the exquisite piece. He reminisced the moment when the late athlete has told him how he wanted to play the song on the piano for his wife, Vanessa. “Vanessa brought out Kobe’s romantic side like nobody else in the world could,” Pelinka told the crowd.

“While he was away, he wanted to live in his love for Vanessa. So, at night under the moonlit sky, he vowed to teach himself by ear to play the first movement of Beethoven’s ‘Moonlight Sonata’.” And just a week after that, the thoughtful husband was able to master the entire piece for the love of his life to hear! To commemorate this and Kobe’s lovely existence, Alicia then went on to perform her emotional take on the very piece. The Piano Sonata No. 14 in C sharp minor was arranged for her small orchestra of a piano and string quartet. She was even wearing a Lakers’ purple silk suit to match everything as Kobe’s family and fans surrounded her in tears. 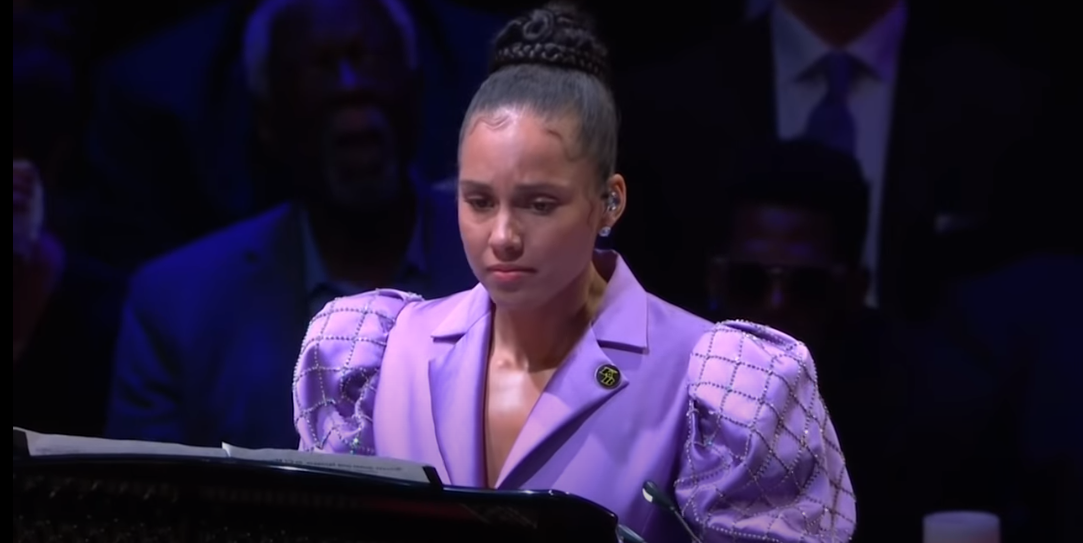 Stop whatever you’re doing right now and see the heartwarming performance below as we reminisce our fallen basketball hero.

The death of Lakers’ Black Mamba has devastated the world, but he and his legacy will most definitely stay in our hearts forever.