The year started with a lot of unexpected challenges. We were greeted with the tragic passing of the NBA star Kobe Bryant, which was followed by a snowball of catastrophes, including the dreaded COVID-19. However, in between those unfortunate events, celebrities and renowned individuals try their best to restore our faith in humanity and pacify our worried hearts. One of the most notable was during the 2020 Grammy Awards when face masks were still not a thing. Held on January earlier this year, Alicia Keys (an actual angel) has made a passionate message for everyone that still stays true today.

She opened the music’s biggest night with a gentle medley of the song, Someone You Loved. As she played the beautiful melody on the piano, she went poking fun at the happenings in the music industry, today’s news, and, of course, the grand event itself. She praised all the nominated artists for their irrevocable talents before finally paying homage to the importance of music in all our lives. “Music is that one language we can all speak,” she even explained before the performance. “No matter where we’re from, we all understand it.” 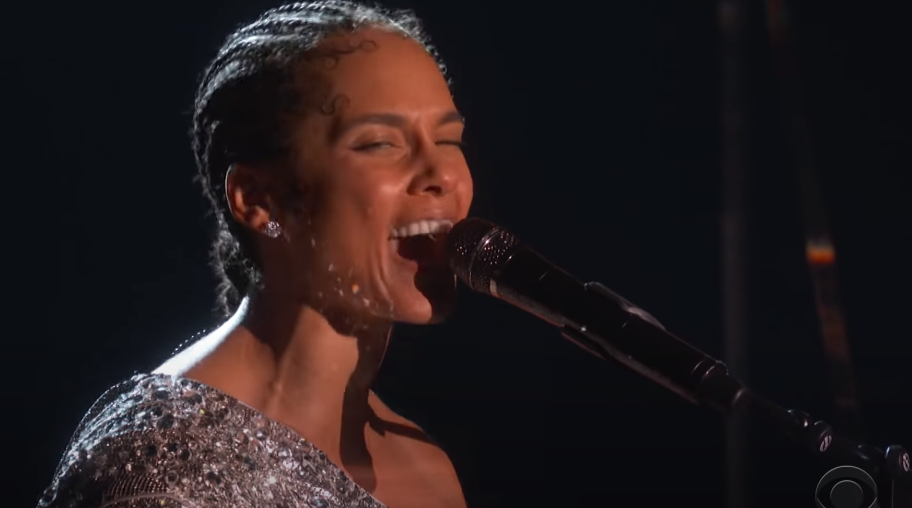 True enough, the message of her music has resonated all over the place. Keys is a multiple Grammy awardee herself, but more than that, she’s an iconic musician that inspires and uplifts others with her lightness. Anyone who disagrees has probably yet to see the magic this sunshine brings. Her brilliance and elegance are still left unmatched- I say this with so much certainty. And this one-of-a-kind performance has absolutely highlighted that! 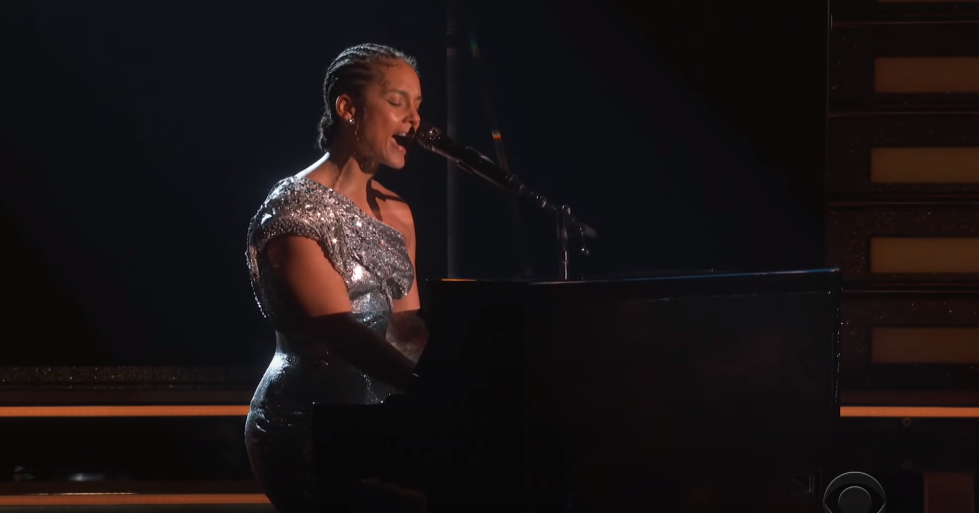 Here’s the full lyrics of the song in case you’re wondering:

“Rosalía’s hot, Beyoncé took us all on safari. We are obsessed with BTS, HER, and Lewis Capaldi. Jonas Brothers return. Billie and Phineas. Camila, like Shawn, they call her señorita. Ariana went next. Tyler brought us, Igor. Lil Nas rode that road ’til he couldn’t no more.

It’s the Grammys. Gonna have a ball. And here’s Alicia Keys. To get you through it all. If you like country or you prefer Young Thug. Imma getcha kinda used to hearing music you love…

Commander impeached, y’all. Get out, get Cardi B in. Cause music changes the world. Just like Beethoven said. Old dude had a wig. But I still give him some cred. It’s just too many lies. Too much hate, too much spin. It’s when good people do nothing that the bad guys win.

But it’s the Grammys. Ten thousand hours long. So keep the speeches short. And go for one more song. To all my overkills and all my underdogs. Imma getcha kind of used to knowing music is love.”

Watch the video below and be filled with grace and loveliness that’ll make your heart swell. Kudos to this queen!

Alicia Keys, everyone! She’s definitely the hero we all needed this year.