Things haven’t been going very well this year. From Kobe’s tragic passing to the raging fires on Australia and California, the world seems to go bleaker and bleaker each day. Not to mention that COVID-19 has been putting families apart and silencing the once lively and bustling streets. But amid this trying time, many people are also doing their very best to help everyone get through it and are providing support in every way they can. Frontline workers are risking their lives to keep us safe and put the virus at bay. We also see different videos of good Samaritans who are always willing to extend a hand selflessly.

As for the Italian opera singer Andrea Bocelli, he made sure to pacify our hearts with his heavenly voice. He performed in a virtual concert for everyone to see and sang in front of the Duomo di Milano in Milan, Italy. This is in part of the Music for Hope live concert. The 61-year-old tenor sang his divine version of the Christian hymn, “Amazing Grace,” and it can instantly soothe all your weary soul. 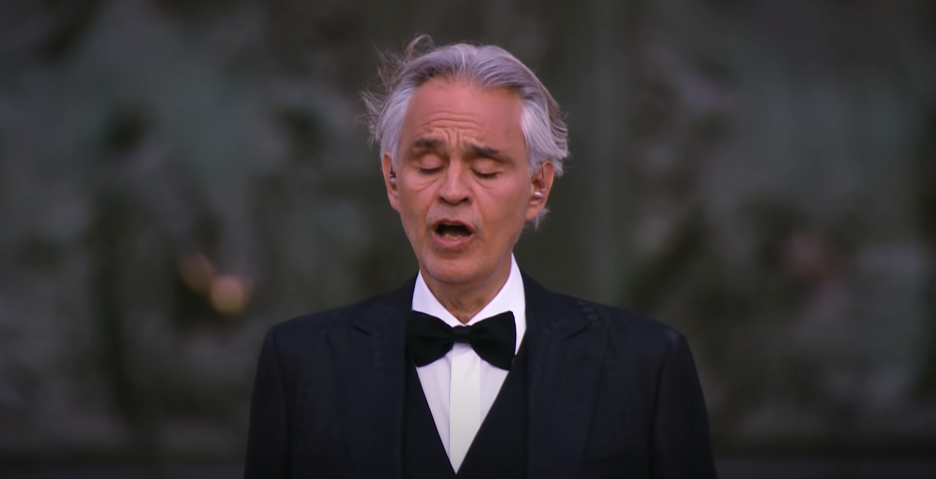 The live event was so loved by the world that it was deemed the biggest musical live stream performance on YouTube. It had 2.8 million concurrent viewers at its peak! It has also reached the hearts of more than 28 million views in just the first 24 hours. After the concert, Andrea said that he is “moved and delighted to have received such an overwhelming reaction.” He also added that lending his voice to the prayers of millions of people was an “immeasurable honor and privilege.” Such a wonderful gentleman! 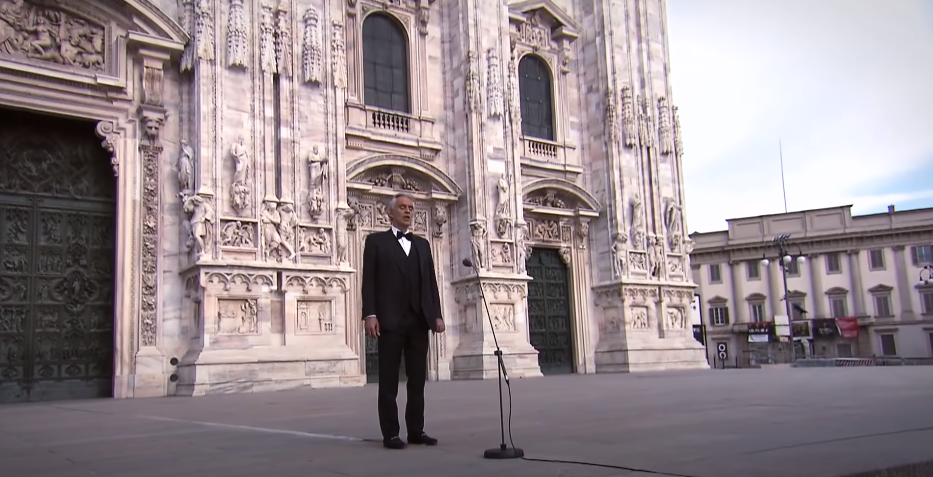 Watch the video below and feel your heart swell with hope.

When Celine Dion said, “If God had a voice he would sound like Andrea Bocelli,” I think there’s nothing truer than that. What amazing grace.