There’s a talented guy named Reginald Guillaume, more known as Guitaro5000, who can do an amazing solo performance with singing while playing percussive guitar. Due to his musical skills and experiences, it seems there’s no song in the world he can’t play in impromptu.

He’s also a person who gives more joy to the world as he tried to invite random New Yorkers to sing in public. Without surprise, he got a lot of rejections at first, especially in a city that never sleeps. The city might have people used to sing and play musical instruments in public, but it would be quite daunting for shy strangers. 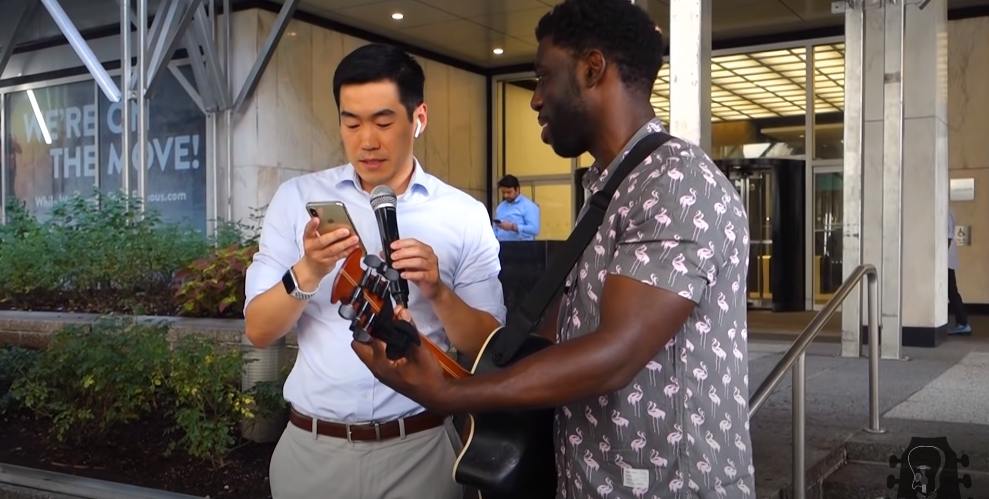 “Excuse me, I’m making a video about how singing makes you happy and free,” he explains to one person after another with consecutive no’s. Later on, he got brave people who took the challenge that came from different backgrounds and ages. He even knows how to play the Spanish song to one kind lady who prefers to sing in her native language. 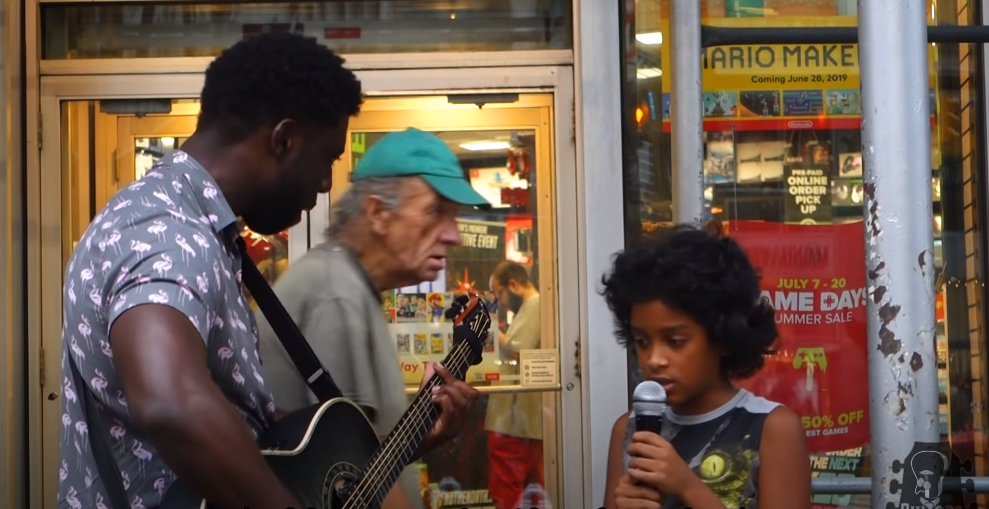 After each one of them sang, he asks a question, “Now that you’ve sung, how do you feel?” Generally, they said they felt better and happier. It’s not surprising as well. Perhaps, participants felt it more freeing that even for a brief time, they were able to get out of the shell of their daily routines. Watch how he makes strangers sing at the video below:

Part of our humanity is that we all have fears, no matter how brave a person might seem. Arguably, one of the most common is public speaking; how much more singing in public out of the blue? We don’t like exposing ourselves to the world unprepared, especially in these modern times of YouTube and social media platforms. Perhaps, Guitaro5000 wants to make a point that everyone can sing, and we should do it as we please ‘cause it was part of what makes us happy.