In 2017, something magical happened at a Green Day concert. As 65,000 fans were waiting for the band to take the stage at London’s Emirates Stadium, the fans started to spontaneously sing. The song? Queen’s “Bohemian Rhapsody.”

They sang the whole song, even the guitar riffs. And they sang it in what sounded like perfect harmony.

We’ve embedded the incredible video near the bottom of this article, so if you can’t wait to watch it, feel free to scroll on down. But first, let’s talk for a bit about “Bohemian Rhapsody” and the genius that was Freddie Mercury.

Freddie Mercury Stored Bohemian Rhapsody in His Head for Years

Although he started mentally composing “Bohemian Rhapsody” in the late 1960s, Queen lead singer Freddie Mercury didn’t put the finishing touches on his signature composition until the mid-1970s. In 1975, Queen included “Bohemian Rhapsody” on their A Night at the Opera album.

According to Queen guitarist Brian May, the song was entirely in Freddie’s mind before the rest of the group got together with Freddie and started writing it all out. In fact, Brian says that he remembered Freddie coming in with all of these scraps of paper from his dad’s work. Brian described some of the scraps as Post-it notes.

“He played the piano like most people play the drums. And this song he had was full of gaps where he explained that something operatic would happen here and so on.”

“He’d worked out the harmonies in his head.”

Freddie told the band members that he probably had enough material for about three songs, but that he was thinking of blending all of it into one long extravaganza.

The final six-minute masterpiece “Bohemian Rhapsody,” which has been called a mini rock opera.

Because we know reading all of this has probably made you want to hear “Bohemian Rhapsody” again, here’s the video. Queen remastered it in 2008. Note that it has been viewed more than one billion times on YouTube.

Also, don’t forget, after watching this, scroll on down to watch the video of Green Day fans singing “Bohemian Rhapsody.”

As Green Day fans were patiently waiting for the band to enter the stage, “Bohemian Rhapsody” was playing on the sound system. Someone (or more likely, several people) started singing along, and soon the entire stadium full of people were singing Freddie Mercury’s most beautiful masterpiece.

And they were singing in harmony.

In some places, you can hear that the crowd of singers instinctively divided themselves up as if they were a real chorus. Some voices sing the high notes, and others sing the lower parts.

From the back of the stage, Green Day filmed this glorious spectacle and blessedly shared the footage on YouTube. We are so happy they did. Watch it here, but keep reading after the video to see Queen’s delighted response.

In the video below, filmed by a concert-goer, you can see the crowd from the angle of an upper deck. The sound quality’s not as good as the video Green Day recorded, of course.

After the video broke on YouTube, it seems like half the world had seen it. Some people for sure who saw Green Day fans singing Queen’s “Bohemian Rhapsody” were the members of Queen themselves.

On the morning of July 5th, Queen shared the video to their Facebook page with this caption.

In 2004, “Bohemian Rhapsody” was inducted into the Grammy Hall of Fame. In December 2018, the song officially became the world’s most-streamed 20th-century song when it passed 1.6 billion global listens across all streaming services. “Bohemian Rhapsody” is the third top-selling single in history in the U.K.

If you want to listen to the soundtrack from the Bohemian Rhapsody movie, you can stream it at Amazon. If you want to stream the movie on Amazon Prime, click the image below.

A Fitting Tribute to Freddie Mercury and Queen

In the comments to the YouTube video of Green Day fans singing “Bohemian Rhapsody,” fans of both Queen and Green Day expressed their awe of the enduring power of Queen’s music and the immortal spirit of Freddie Mercury.

“For almost six minutes, the equivalent of a small city sang, with one voice, the beautiful song of a man who has been dead for decades.”

Another person suggested that anyone who can make 65,000 people sing in harmony 27 years after you die, you’re not a singer. You’re a legend. Bear in mind that many of the people in this crowd weren’t even born when Queen recorded “Bohemian Rhapsody.”

As of the beginning of 2020, this magnificent spine-tingling video of Green Day fans singing “Bohemian Rhapsody” has been viewed more than 21 million times on YouTube. And by the way, we agree with Queen. Utterly magnifico. 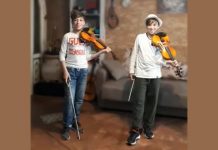 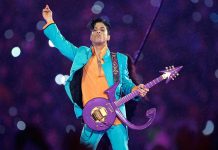 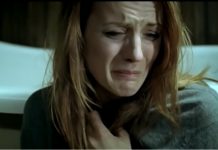 Michael Bublé Singing ‘Lost’ Will Remind You Of Your Lost Love