A lot of performers do small gigs in cafes, bars, or even in public places to get their music out to the people and turn from it. That is exactly what Maui musician, Clint “Kekoa” Alama was doing way back before he became famous. He was performing American Jewish reggae singer Matisyahu’s “One Day” at a small cafe in Maui Island in Hawaii when a stranger, one of the customers in the cafe, started singing with him.

The impromptu duo covered the song perfectly. What Kekoa didn’t know was that the guy singing along to him was actually Matisyahu himself. He approached the stranger to shake his hand saying, “You have a beautiful voice, man,” and the stranger replied with, “You know who wrote that song right?” And of course, Kekoa knew who wrote AND sang the famous song, “Yes Matis,” To his surprise, the guy replies with “I wrote that song,” and revealed, “I’m Matisyahu” it took Kekoa a second to realize that the guy in front of him was indeed the great Matthew Paul Miller or more famously known by his Hebrew name Matisyahu, which means “Gift from God.” 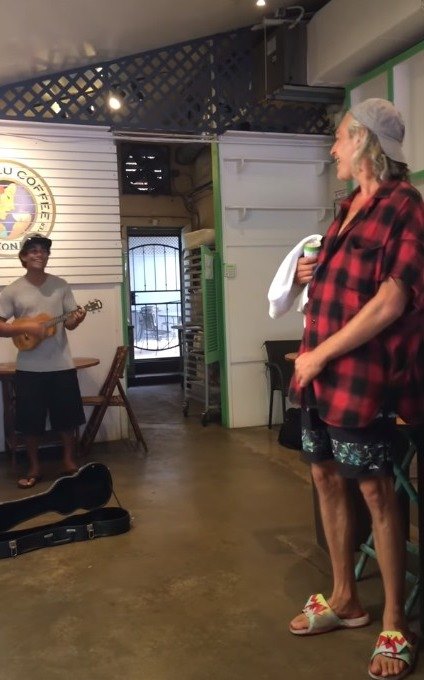 According to Matis, “I was there for a couple of shows and we went out on the day of the Maui show, and dude was in there playing and he started to play ‘One Day’, so I thought, ‘Cool, he noticed me and is playing my song.'” He realized that Kekoa didn’t realize who he was, and his basis urged him to sing along. 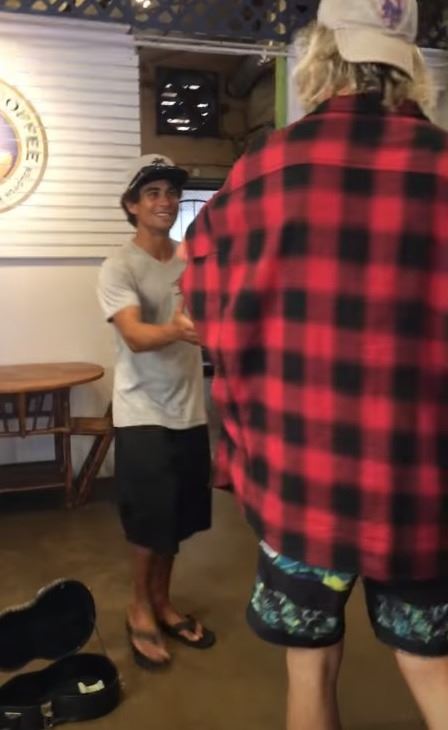 He was reluctant at first because he didn’t want to offend a fellow musician, “If he doesn’t know it’s me, he’ll think I’m some random dude trying to steal his thunder and I didn’t want to mess up his game,” but eventually he gave in, and the video below is the outcome.

With the help of Matisyahu, Kekoa was able to jump-start his own career!