When Calysta Bevier walked onto the stage to audition for America’s Got Talent, she revealed something very personal. Calysta is 16 years old and from a very small town in Ohio with a dream to win America’s Got talent. Howie remarked that her ‘look’ resembled that of Audrey Hepburn, especially with her short hair. Calysta thanks him and tells us her hair is this short because she is a survivor of ovarian cancer. 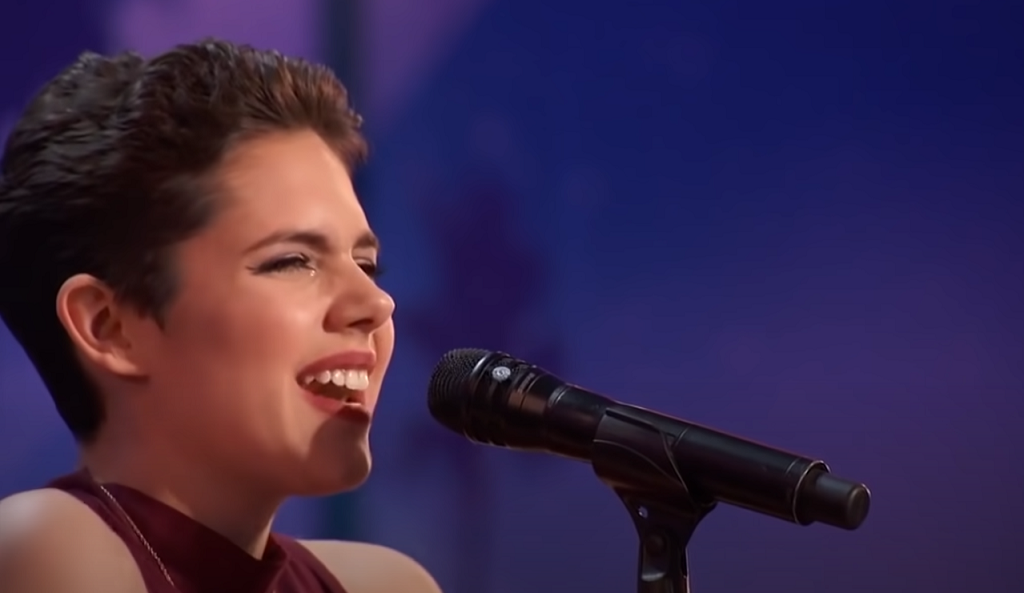 Calysta goes on to explain, at minute 1:00, she came to audition on America’s Got Talent to remind herself and others that dreams are worth chasing.

Calysta sings ‘Fight Song’ for her audition on America’s Got Talent, and it is evident as soon as you hear her voice, she is a fantastic singer.

In fact, right at minute 2:04, Simon gives her a huge nod of approval. At the same time, the audience erupts in applause. She sings ‘starting right now I’ll be strong’ as the audience begins a standing ovation.

This Is My Fight Song 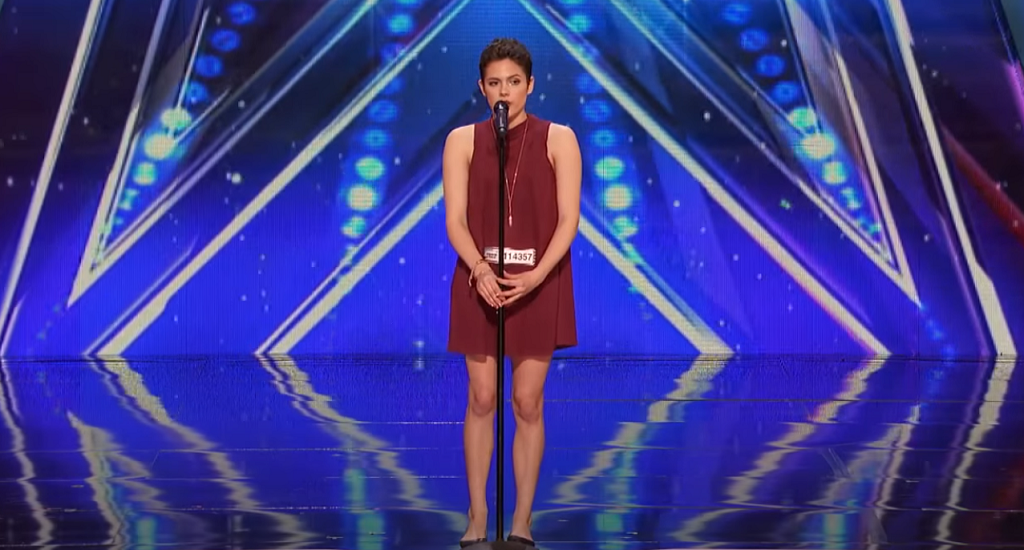 After her audition and the standing ovation from the audience and the judges, Howie validates her choice of song, and he thanks her. The judges agree her voice and ability to inject herself into her voice is at odds with her young age. Simon tells her he loves everything about her from her song choice and demeanor.

Simon continues by saying he believes she will achieve great things. At this point, Simon stops and presses the Golden Buzzer so Calysta goes straight through to the live show. See this moment for yourself at minute 4:40. Calysta is clearly overcome at this moment, and Simon goes to the stage for hugs and to meet her mom.

We agree Fight Song was a spectacular choice for this audition.