What happens when two talented gentlemen suddenly decided to have a piano battle in the middle of a bustling station? Well, everyone would definitely stop on their tracks just to see an interesting encounter! Not to mention that the music they make would probably get too loud to not be noticed, right? Well, in the case of Brendan Kavanagh and Terry Miles, they became a head turner and has left the crowd to stand still just to witness them get fired up with the keys. They’ve played an upbeat and groovy version of Duelling Banjos. And boy, was it fantastic!

Terry played first an unassuming introduction, building everyone’s anticipation. And when it was Brendan’s turn, he playfully played the piano as if he was karate-chopping the keys. It even seems like the two weren’t doing the piece seriously at all! But then they started consecutively switching over and over, each adding their own flavor to the mix. The two pianists began jamming it out on the instrument, with Brendan on the base keys while Terry played the solo (and vice versa). You can actually visibly see them feeling the music as they play the notes looking like a rockstar, slightly banging their head back and forth. 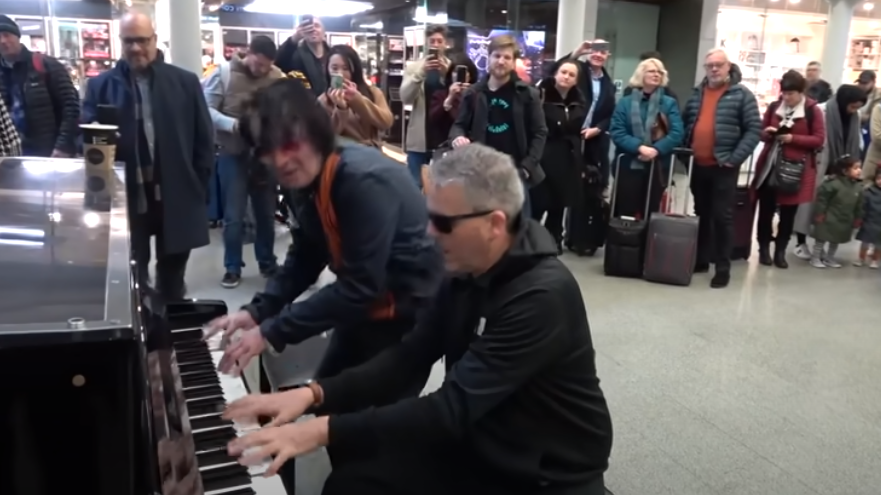 It was so intense and entertaining you can’t help but jive in and enjoy the vibe. The two ended the piece quickly and splendidly; everyone was left on shock! Then, they’ve received rightful wondrous applause. And did I mention that the artists were just improvising throughout? No kidding! Brendan Kavanagh is a contemporary British pianist that goes by the name of Dr. K. He usually teaches piano but posts videos of him playing boogie-woogie tunes on YouTube. Terry Miles is also a British YouTuber that plays boogie-woogie in his free time. 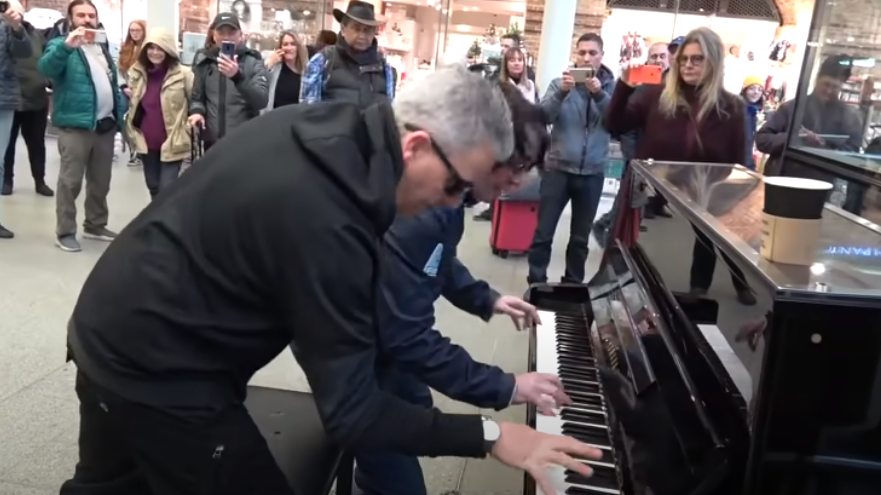 Watch the epic piano showdown below and be ready for some fun!

The two musicians also played together at different locations around London, sometimes dressing in police uniform or disguising as commercial pilots. And they never fail to bring smiles and good vibes all around. What a wonderful duo!