The Best Stuff Online
Home Music Have You Ever Wondered How Dr. Dre’s Songs Sound like on Piano?
1.2k
ShareTweetStumbleRedditPin
PocketTumblrLinkedinBuffer

What happens when hip hop music is played in a classical instrument? Well, of course, a whole new kind of awesome awaits for the hood to enjoy! A musician and teacher showed off his gangsta skills by performing some of the best tracks of Dr. Dre on a classical piano. For those who don’t know the iconic Dr. Dre for some inconceivable reason, he is a member of the infamous gangster rap group NWA, along with Ice Cube and Eazy-E. He is also the music producer of well-known artists like 50 cent and Eminem! So, as you can see, this man is a living legend.

That’s why it’s no surprise that after the movie “Straight Outta Compton” (a film about the three rappers’ journey) was released, many renditions of their hit tunes have spread across the internet. This includes the unusual cover of a classical pianist named Morris Rhabar. Morris is a graduate of the UCLA School of Music and had been featured in many media outlets. Currently residing in Los Angeles, he was able to compose a number of movie scores and mobile app themes. Surprisingly, he also seemed to be a fan of the rap culture! 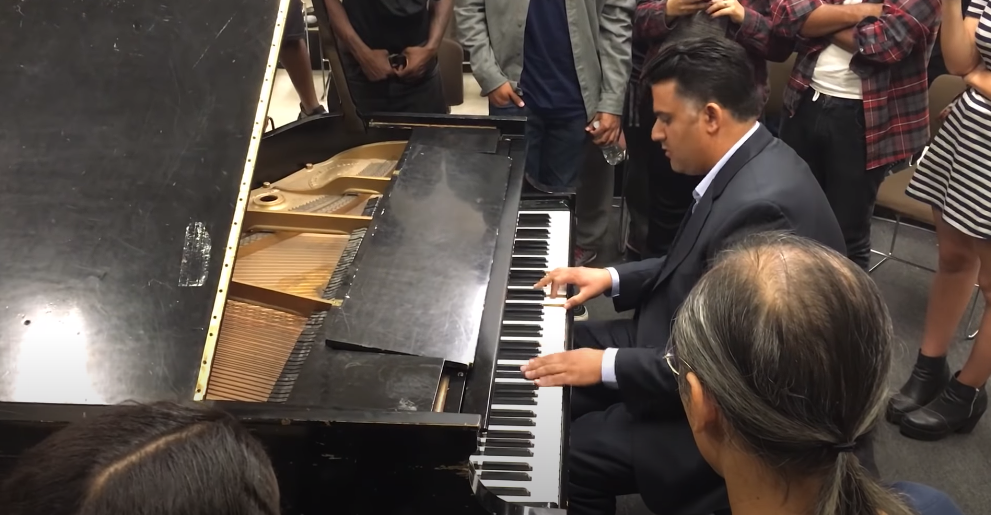 On his performance in Compton, California, he brought with him some interesting tunes. He started his piece with a bang as he went for some singles on Dr. Dre’s album called 2001. As he pounded the keys, you can immediately hear the familiar 1999 song “Still Dre.” This artist definitely knows how to get the crowd’s attention! He then transitioned to the next song “What’s The Difference” before playing the crowd-favorite, “The Next Episode.” It’s so smooth and well-played, you can feel everyone get fired up as they jam to the beat. He then moved onto the next song “Kush” and finally ended with “Nuthin’ But A “G” Thang”. The whole was so weird to listen to, but in a good way! 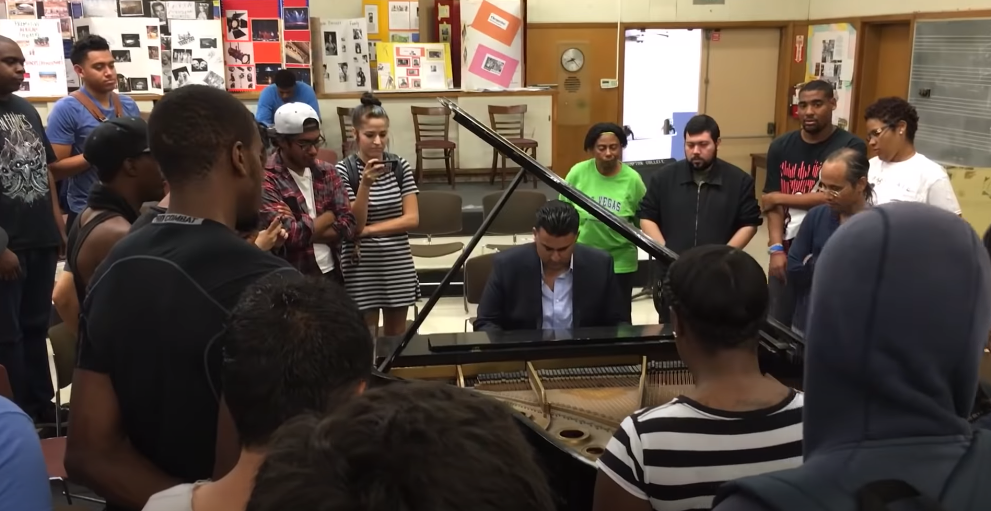 Watch Morris in action and discover a newfound liking to some gangsta piano pieces.

You can clearly see that the students and even some of the faculty enjoy the amazing show. What an unimaginable classy transformation!