It takes another kind of expertise and courage to perform in such a dazzling style in front of the whole school. Peyton Littleton of Central Davidson High School in Lexington, North Carolina, took a big leap on stage when he entered a high school talent show, which gave the students a big surprise. He belted out “Perfect” by Ed Sheeran. His cover was perfectly done as the students applauded and cheered him as he walked away and got the first place. The young performer worked his guitar magically, and his voice carried the melodies with subtlety and charm. There came the point that the crowd started waving their cellphone flashlights that it gave the feeling of a real production number. This paid off Peyton Littleton’s effort and hard work in practicing and perfecting his skills.

“Perfect” is a love song written by Ed Sheeran about his then-girlfriend, now spouse Cherry Seaborn, whom he met in school. They got reunited when she worked in New York. It is his first song for his third album, “Divide.” It was (recorded) in 2016 and was released online in March 2017. With the help of Wil Hicks, Ed produced the song, and his brother Matthew Sheeran collaborated on the song by doing the strings orchestration. It’s the first time that the brothers worked together on a song, which is also their grandmother’s wish before she died. 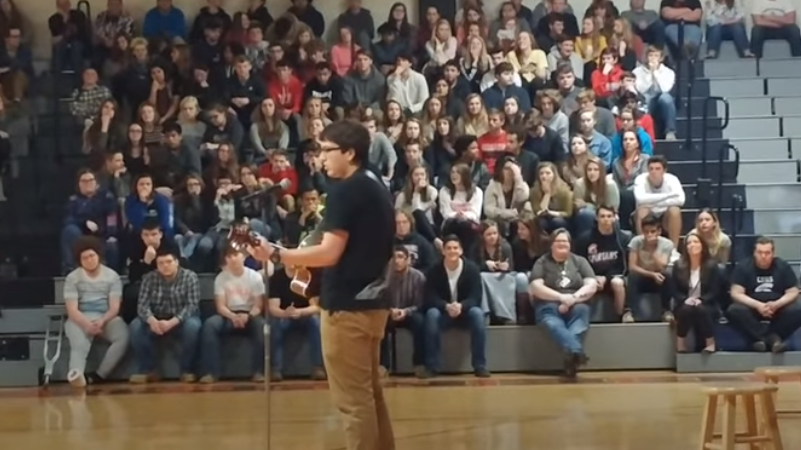 Edward Christopher Sheeran is an English songwriter, singer, actor and record producer, he started playing the guitar when he was still very young and later started composing his own songs. He went to London to (pursue) his music when he was in his teen. 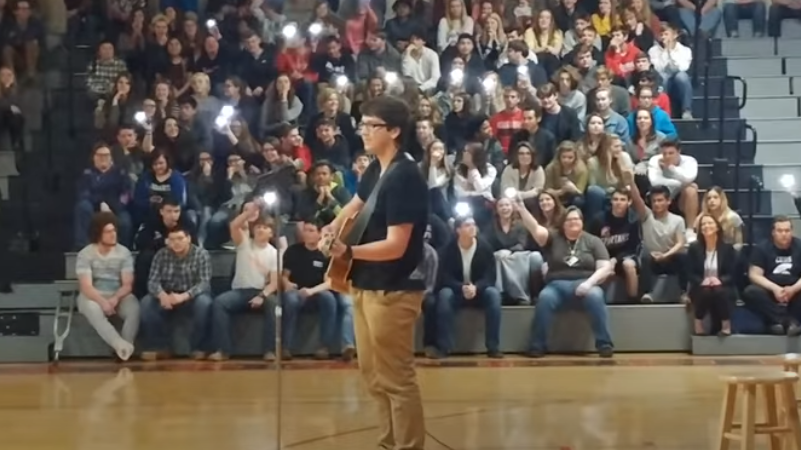 Watch the brilliant performance of the talented highschooler below:

Let’s give more of our support to the courageous young man Peyton Littleton by following him on Facebook and watching more of his videos on YouTube.