The Best Stuff Online
Home Music It Literally Takes a Lot of ‘Balls’ to Play This Instrument, 2000...
1.5k
ShareTweetStumbleRedditPin
PocketTumblrLinkedinBuffer

A musician from Sweden has been making the internet go nuts with an instrument that seriously looks like magic. Martin Molin has long been experimenting with esoteric musical instruments. He was able to play with devices such as glockenspiel, traktofon, or Theremin. While these don’t sound familiar and truly feel bizarre, wait until you see his latest addition to the collection- the Wintergatan Marble Machine. This jawdropping contraption will definitely blow your mind! Let me try to give you an overview of what you’ll be seeing in a few minutes.

The Wintergatan Marble Machine is a massive hand-cranked music box-like device. It’s made of birch plywood exterior, and what awaits inside is a whole different musical world full of steel marbles and Lego technic sets. As you start the device, 2,000 marbles cascade through a series of components, activating the xylophone keys, bass, kick drum, and cymbal to name a few. The way it works is almost incomprehensible! These shiny balls are made to move on their own inside through funnels, pulleys, and tubes. The complicated whirlwind then creates a cheerful sci-fi harmony. 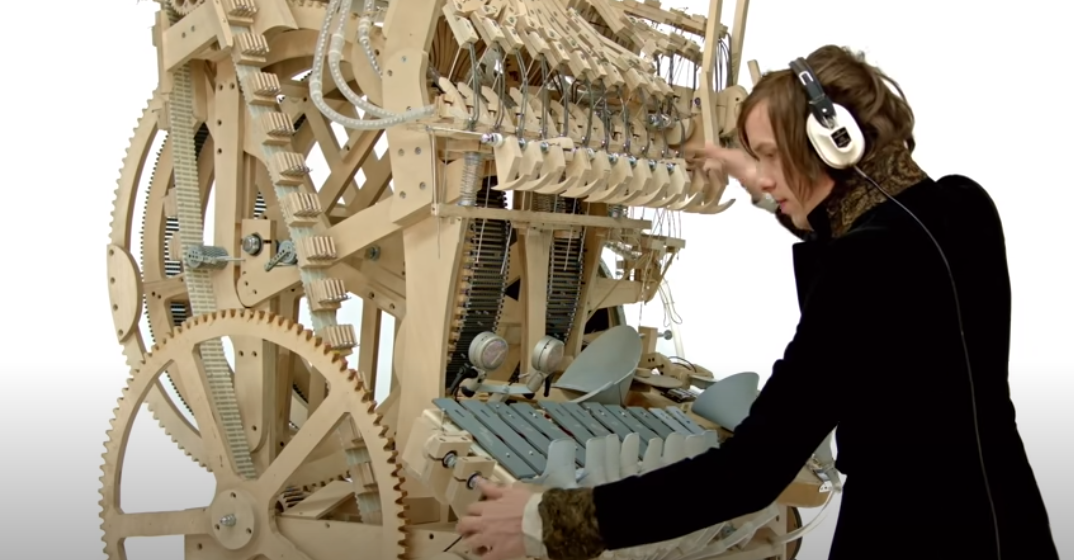 Molin has created this uncanny machine to play with his band, Wintergatan, who’s known for their classical and spacey electronic music. It took him more than a year to assemble, design, and fabricate the parts by hand! But as you can see, all the hard work definitely paid off. However, he made sure to not take credit on the invention of the awesome instrument. “It’s important to say I didn’t invent the culture of the marble machines,” he says. “Are you aware of the marble machine culture? It’s such a scene.” 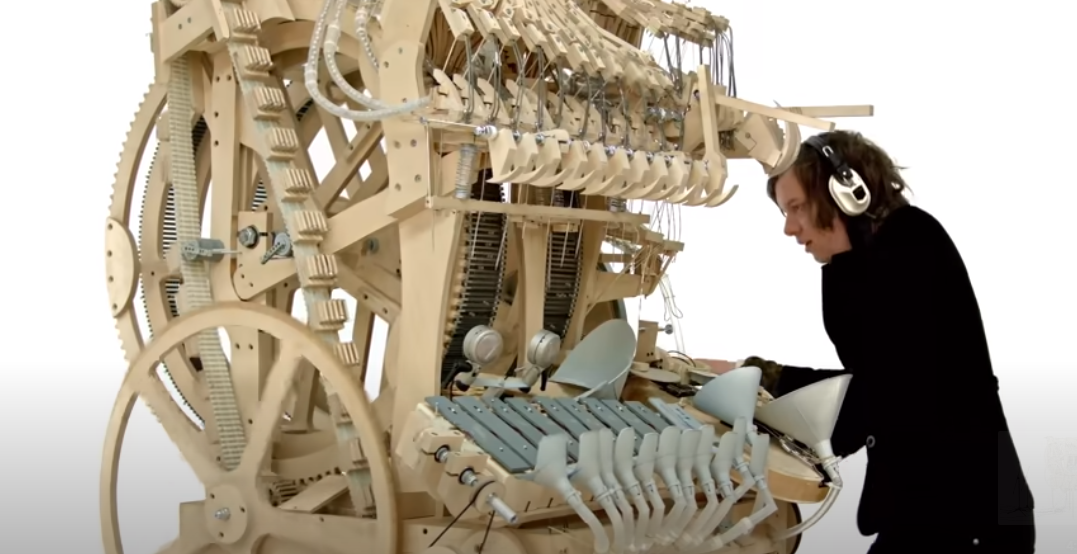 The effect it creates is otherworldly! Watch the video below and see for yourself.

“It’s like a band with a vibraphone,” Molin says. “This vibraphone has this vibrato that goes wa-wa-wa-wa that adds to the dream-association side of the sound. Like a steam engine without the steam.” What a beautiful wonder!