Jayna Brown is both nervous and incredibly excited to meet the judges on America’s Got talent. The excitement is catching because the judges immediately seem to like Jayna. 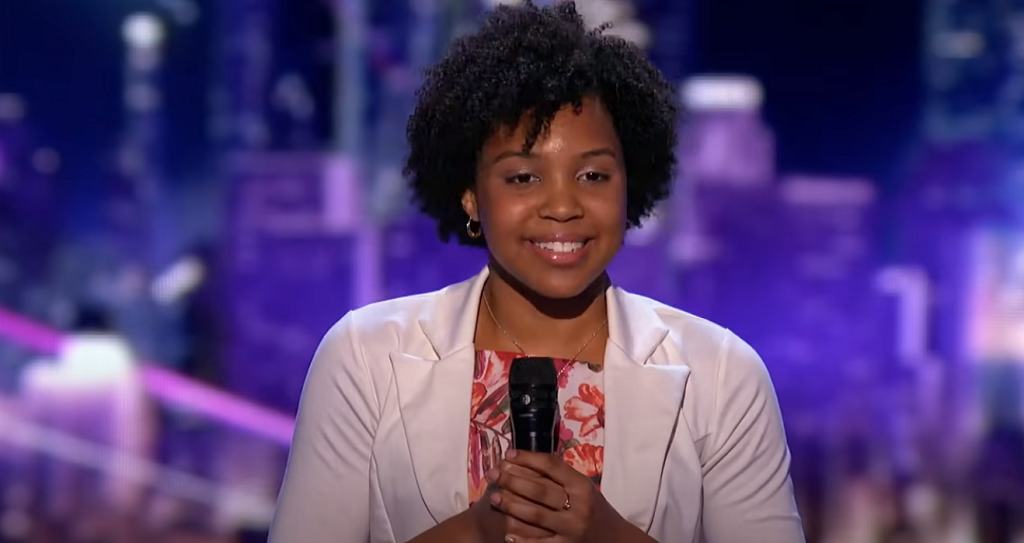 Jayna is nothing but smiles, but she is so nervous she is shaking. She admits to being 14 years old, which surprises the judges.

Jayna is from Baltimore, Maryland, and she wastes no time jumping into her audition, which is singing ‘Rise Up’ by Andra Day. This song is about perseverance and determination, so the lyrics are relatable on a variety of levels and ages. 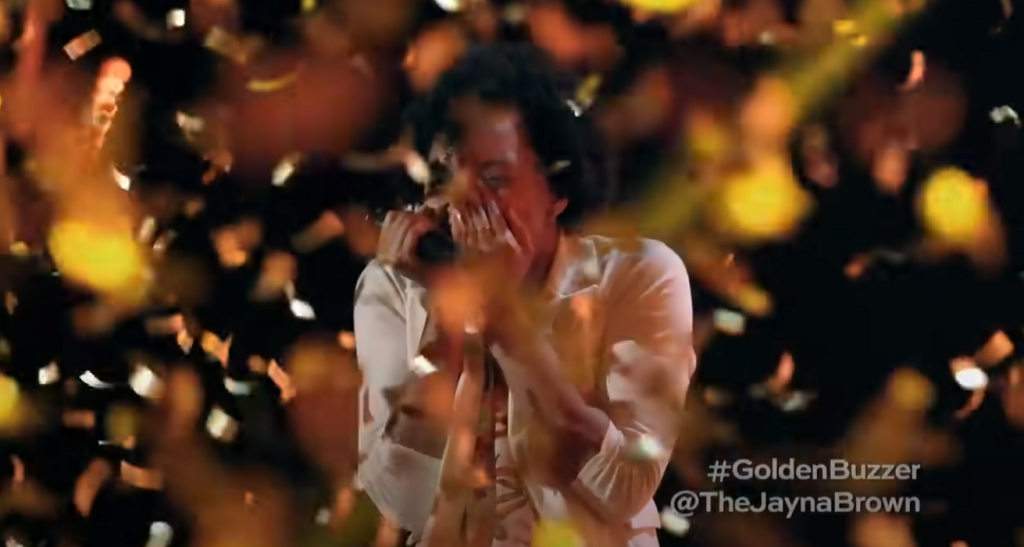 Jayna’s vocals are astounding, and the audience is quiet as she begins. However, right at minute 1:08, people are on their feet. Jayna does not sing like a 14-year-old girl, so many seem surprised by what she can do. While they may seem shocked, the audience is in full support of this young singer.

As she gets to the chorus, you really get to hear Jayna’s powerful voice. Watch what she does at minute 1:40 and the judges and audience’s reaction. Simon begins to wave his arm back and forth, getting the audience even more into the musical audition.

At the end of her astounding audition, the audience and the judges are on their feet ready to celebrate with Jayna.

The judges tell Jayna that her talent is not just that she can sing but that she the personality to match. Louis does not waste any more time before making Jayna’s dreams come true by hitting the Golden Buzzer at minute 3:03.

Her excitement does not end there. Jayna runs off the stage to hug Louis before running into the audience to hug her mom in celebration.

I do not think anyone will forget Jayna’s performance anytime soon.