Sometimes in our lives, we all have pain and sorrow. We all reach out to a friend with a helping hand to lean on. Or just a simple smile from other people can also make a difference. Even a song that we listen to can lift our spirits up. This is what Music Travel Love is doing, traveling, and spreading love through music.

An ordinary day became an extraordinary one for the people of Iligan City in the Philippines when Music Travel Love performed for them on a busy street covering Bill Withers “Lean on Me.” A crowd of people, young and old, gathered on the street. They were waving and taking videos and pictures with happy smiles on their faces while swaying with the music. Some motorists were so curious they even stopped by to witness and listen to the performance; one of the drivers even gave them a high five gesture. After the entertainment, people all rushed to them, shouting and clapping and having shot pictures taken with them. 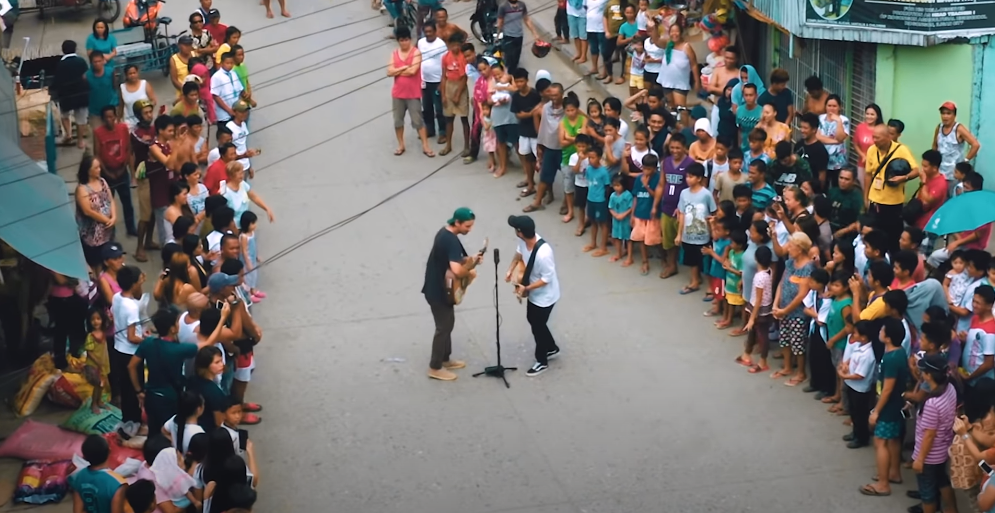 The brothers, Scott, and the triplets Clint, Bob and Dave are the Moffats, a Canadian pop/rock country band. They started singing early in their childhood, and performed country music with their mother Darla and father Frank, their first appearance on stage was in 1987. Later on, Bob and Clint formed a band named Endless Summer and then eventually changed it to Music Travel Love. They travel the world to find amazing locations and execute their covered songs there and record it live. 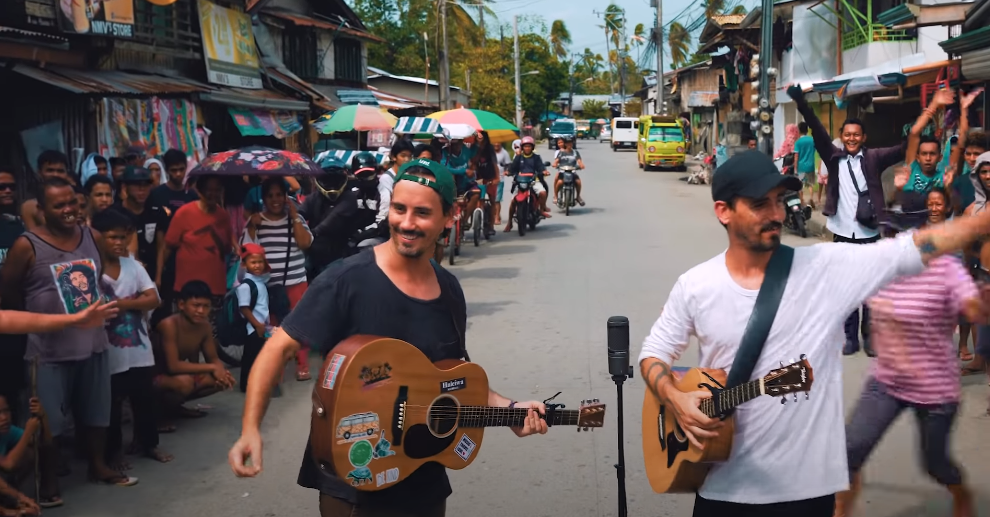 The idea of the Music Travel Tour is an astonishing way to spread the love by their music. They are fulfilling their aim and purpose, at the same time, giving joy to people they encounter on this journey.

Let’s travel with them and see different beautiful places we have not seen and visited before and hear their music by following their videos.