It is a normal day, you just go about and do all your morning rituals, until you reach the subway station and hear a familiar tune playing in the background. You look around, left and right, searching for the melody that is currently filling your ears. Then you saw this piano positioned in one of the corners of the busy subway station. Intrigued, you come closer and saw one of the most incredibly talented men that you’ve ever laid your eyes on. 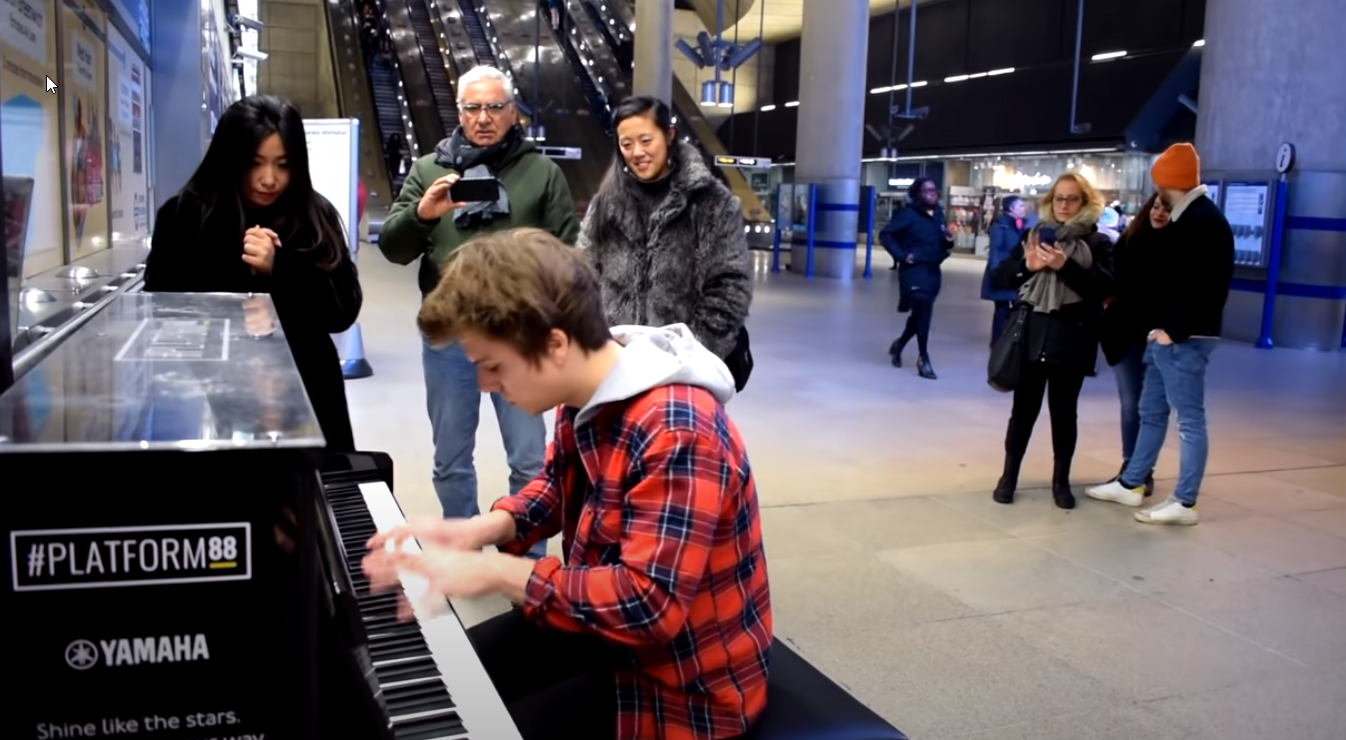 It seems to be what happened to the two women who got mesmerized by the amazing performance of Peter Buka in one of the subway stations in London. Peter who has more than a million subscribers on YouTube, is only 22 years old. He came from Hungary and loves doing piano covers. In his less than 3 minute performance, Peter Buka captivated the ears and hearts of the women who are lucky enough to be in the station when he performed the famous single of the Australian singer “Tones & I”, “Dance Monkey”.

Just as Peter started his performance, one of the woman’s jaw literally dropped. While the other one even rests her elbow to Peter’s piano so she could get a closer look at the handsome performer, she also cannot help but dance when Peter hits the chorus of the song. But these two women are not the only fans of Peter’s incredible show, a cute kid that is a couple of meters away from them even got sidetracked from playing when he heard the fun and vibrant melody coming from the piano of the handsome pianist.

Watch below and be in love with the incredible public performance of Peter Buka. Just a warning, his talent added with his handsome face is seriously addicting.