Here’s an adorable performance from a little Cuban boy that will surely make your day. He joined a group of musicians called Fusion Caribe in an entertaining routine that has filled the street with joy and amusement. Our tiny dancer took Old Havana by surprise as it went on with the rhythm and fit right in the group flawlessly. He may be small, but his charm and confidence definitely stole the show! He’s even more than happy to bust out his moves as he improvised each dance step energetically.

The video started with him holding his el guiro, ready for some awesome action. As the salsa band started to play a familiar tune, the bright young talent went on and followed the adults’ lead. Slowly, the performers were warming up including the little star of the show. He’s even taking in some cues and moved his hips as he mimics the other performers’ moves and grooves. At such a raw age, he was surely having the time of his life! 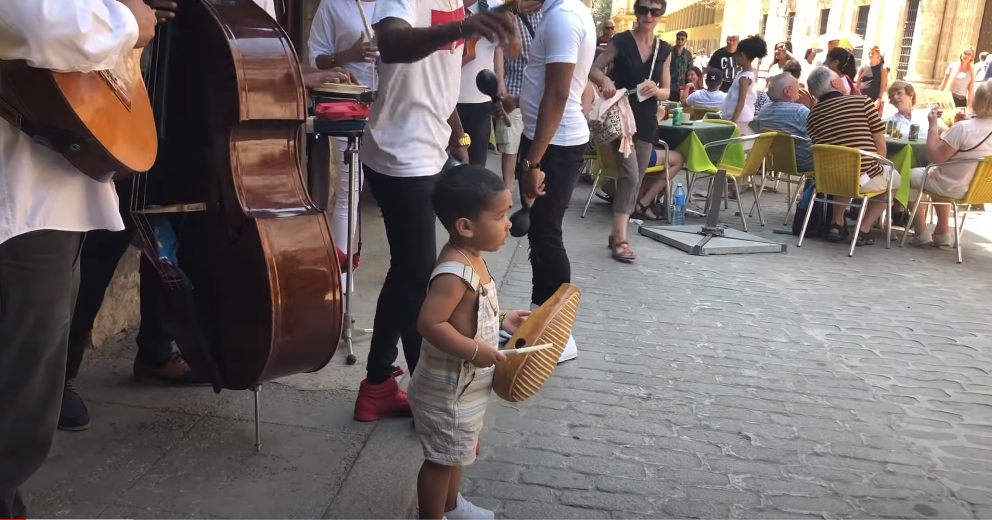 Being at the center of Havana in Cuba, everybody’s always ready for some dancing. It’s a way of life for the community, and it’s almost everywhere, any time of the day! So as the performers established the vibe, people just couldn’t help but join the party! The sizzling energy was so contagious that a couple decided to jump in and sway to the music. Everybody’s letting their body speak and radiate happiness all around. Our tiny performer is even bouncing cheerily at the tune. You can’t help but smile at the random festivity! 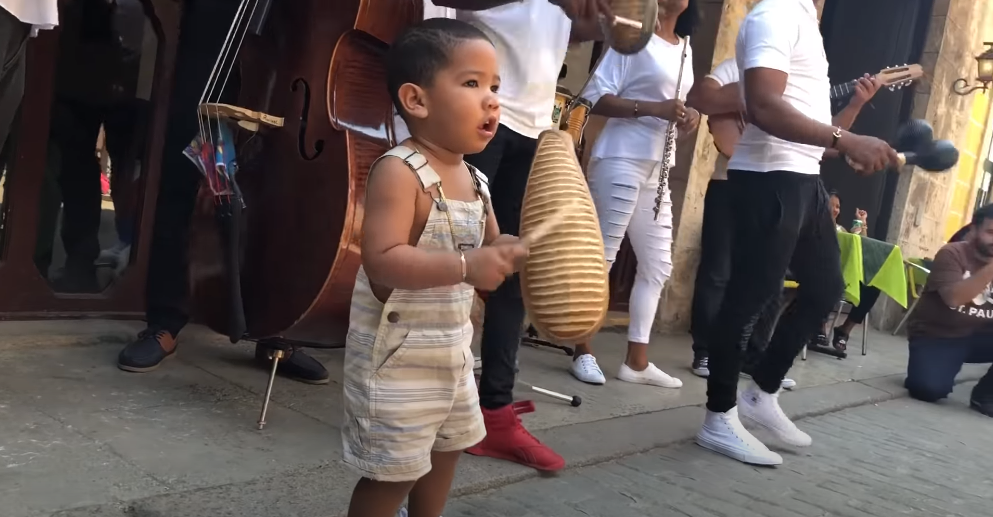 Watch the beautiful and spirited performance below that gives us a glimpse of the lovely Havana:

The little guy is unmistakably impressive, but the entire performance gives off so much positivity that you just couldn’t miss. It’s a sight to see, especially when you’re feeling a bit down and needed something to boost you up. What a show!