Golden Age is an ideal period of peace, prosperity, and happiness, where activities like arts and other skills were at its pinnacle. Considering our present situation now, wouldn’t it be nice to bring back the Golden Age where social distancing is not mandatory.

It was a busy day in West End City Center, a nice big mall and the largest and most popular mall in Budapest, where shoppers were having a leisure day walking and exploring shops, and enjoying the food. There came a young girl and started playing her small button accordion called bandoneon in the tune of Argentine tango; then, she was joined by a guy playing with the same instrument as well. They were followed by another lady playing with her ukulele. This caught the shoppers’ attention, and they started gathering around them. 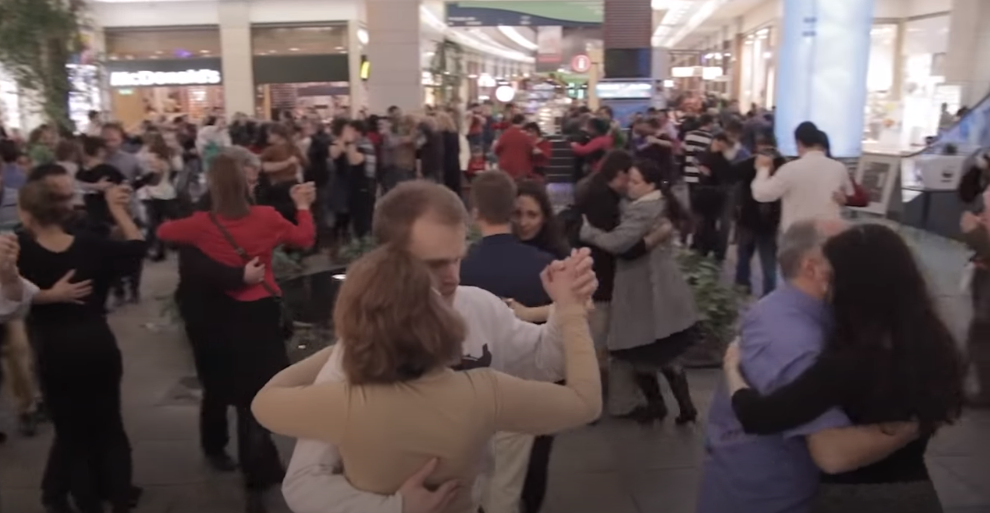 Upon hearing the very alluring tune, a man came and started swaying with the tango stride by himself, and this attracted more onlookers that they surrounded them. Then one by one, people came to join him dancing magnificently. Who would not be bewitched to this whirling music? And at the peak of the music and as the dancing was becoming intense, they started finding partners, strangers dancing as a couple turning and swirling around the big lobby of the mall that instantly became a ballroom dancing arena. It was such a special day meeting up and dancing with strangers. 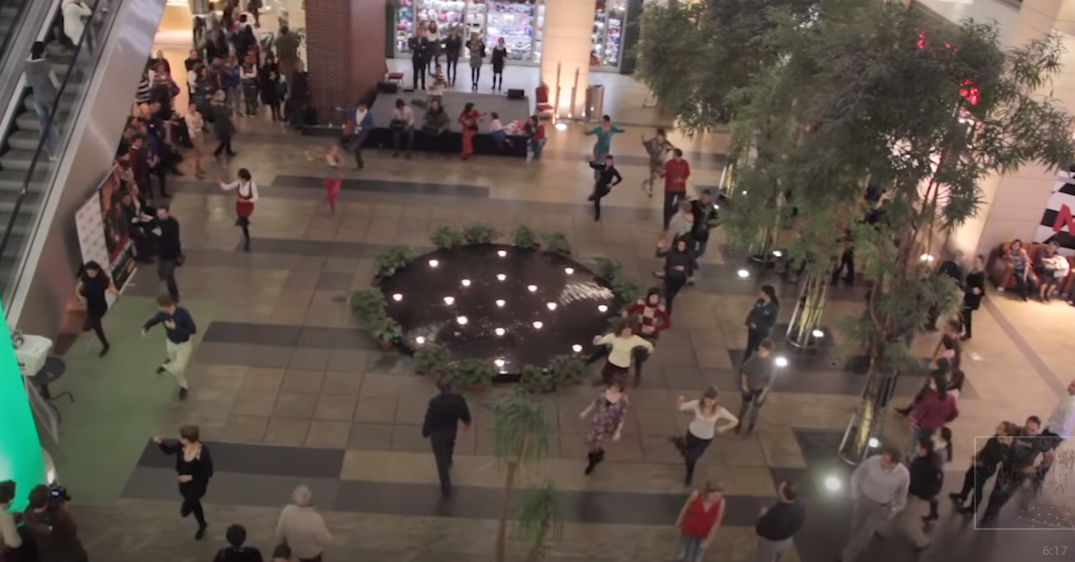 Argentine Tango dance steps are a musical genre that was originated in the latter part of the 19th century in Buenos Aires and is considered as social dance gathering. It has gotten popular, and it escalated internationally; modern strokes were added but maintained the previous steps. This was believed to be developed by the working-class community of Buenos Aires, Argentina, and Montevideo.

Watch the video above to brighten up your day and reminisce to the time when being close to somebody is still acceptable.