The Best Stuff Online
Home Music This Is How Enchantingly Beautiful ‘Shallow’ Is When Sung in a Room...
1.7k
ShareTweetStumbleRedditPin
PocketTumblrLinkedinBuffer

“Tell me somethin’, girl. Are you happy in this modern world? Or do you need more? Is there somethin’ else you’re searchin’ for?” This is the first verse of the famous song “Shallow,” sung by Lady Gaga and Bradley Cooper. It was released last September 2018, as a single soundtrack to their romantic film “A Star Is Born.” This song has received positive feedback worldwide; many commend the beautiful lyrics, the powerful vocals of Lady Gaga, the deep voice of Bradley Cooper, and of course, these two artists’ undeniable chemistry.

This song has not only been loved by many, but it also became an instrument to open up an amazing opportunity to multiple aspiring artists, like Charlotte Awbery, who happened to be just going on her typical day when out of the blue, someone asks her to sing a line of this famous song. It resulted in a less than an hour video that has been witnessed by many people worldwide; they were able to listen to her beautiful voice. That quick incident certainly opens an incredible opportunity for her. 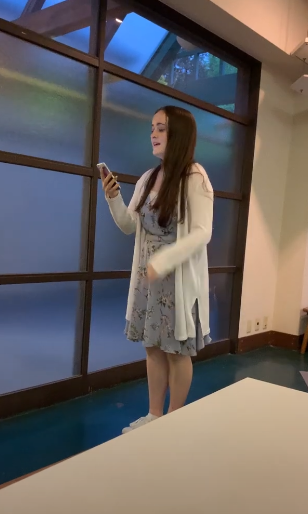 Well, it seems like someone is following the steps of Charlotte Awbery. However, this time instead of a subway, this girl showcased her talent in an “echoey room.” The girl’s name is Laoise, who, according to her YouTube account, loves singing and playing the guitar and piano. In less than a minute video, Laoise sang her heart out in this tiny room, and it is phenomenal! The way she was able to hit the high notes even without the help of any microphone is impressive! 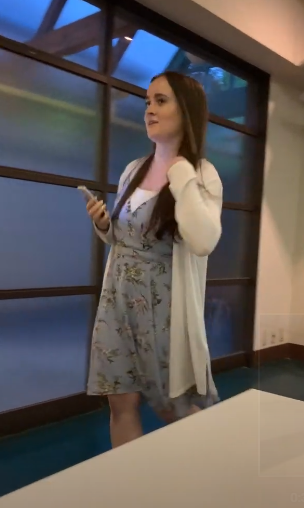 Her video was uploaded last year, but as of now, it only garnered 12 thousand views, which is disappointing since, with the quality of her voice, she definitely deserves to be watched by millions of people. Listen to her powerful yet angelic voice by witness her acapella rendition of “Shallow” below: