The Best Stuff Online
Home Music This Is What Happens When You Put Two Men and a 9-Year-Old...
1.7k
ShareTweetStumbleRedditPin
PocketTumblrLinkedinBuffer

A talented boogie-woogie duo has been performing around London and entertaining commuters. They’ve been putting smiles on angry passenger’s faces and easing them up on their busy days. All they needed is a piano and their mad skills on the keys. The pair is known as Dr. K and Terry Miles. Both are British musicians and YouTubers who aim to show the world the groovy side of music through piano pieces. They’ve made the crowd stop on their tracks countless times, yet still, we couldn’t get enough of them. Now, they’re here once again with a special little guest.

The video started with Terry playing a slow and sweet symphony. It was a light and touching piece that makes you go about your day dreamily. And then, Dr. K decided to join him and sat in front of the keys. After a brief pause, the two immediately fired up without letting the crowd have the time to react. They suddenly switched the music to a good old boogie-woogie tune that has made everyone thump their feet and bob their heads a bit. The atmosphere transformed into a lively and happy one in a swift- the crowd just couldn’t ignore it. 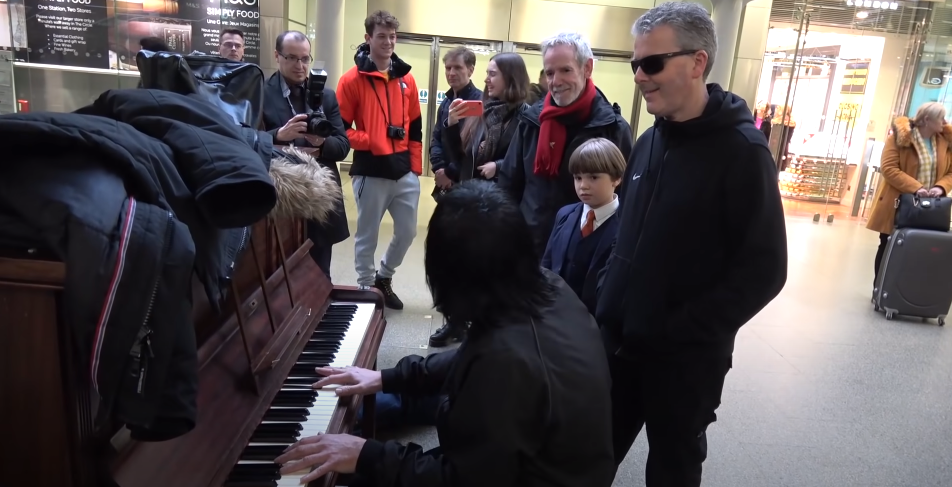 And then, as they continued to bang out the upbeat tune, a 9-year-old jived in and started pressing some keys. The young musician named Oliver is even wearing his best suit for this very moment! Perhaps the tune has inviting magic as it has drawn another passerby. He immediately busted out his beautiful harmonica and played along. The trio even went on and gave him the spotlight for a solo act. The result is a delightful performance that can surely lighten up your day. It was full of enthusiasm and energy that radiates to everyone! 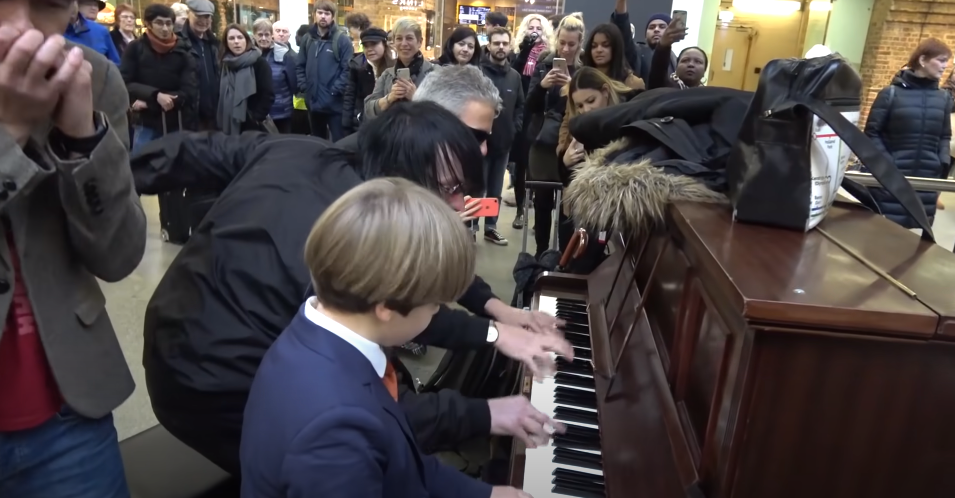 Watch the cheerful video below and clap along with a smile on your face.

What a great combo! The unexpected guest musicians have definitely enhanced the performance. It’s totally amazing.