Germany ranked as the ninth most visited country in the world. It is not surprising given that Germany is a fantastic country with numerous gorgeous landmarks like Cologne Cathedral, the Brandenburg Gate, the Reichstag, the Dresden Frauenkirche, Neuschwanstein Castle, Heidelberg Castle, the Wartburg, and Sanssouci Palace. If you think of Germany as your next destination, you might consider checking out the Weißer Turm in Nuremberg. This place may look like a regular subway station; however, if you are lucky enough, you may witness one of the most extravagant flash mobs ever happened in history.

Last 2013 that is what happened to the people who happened to be in Weißer Turm at the right time. Locals and tourists who are going on their usual way were surprised that when the sound of the clock fulfilled the entire street, an unknown gentleman emerged holding a drum. Then, he started hitting his drum, and another man holding another type of drum followed his steps. Bit by bit, the sound emanating from the drums filled the ears of everyone. 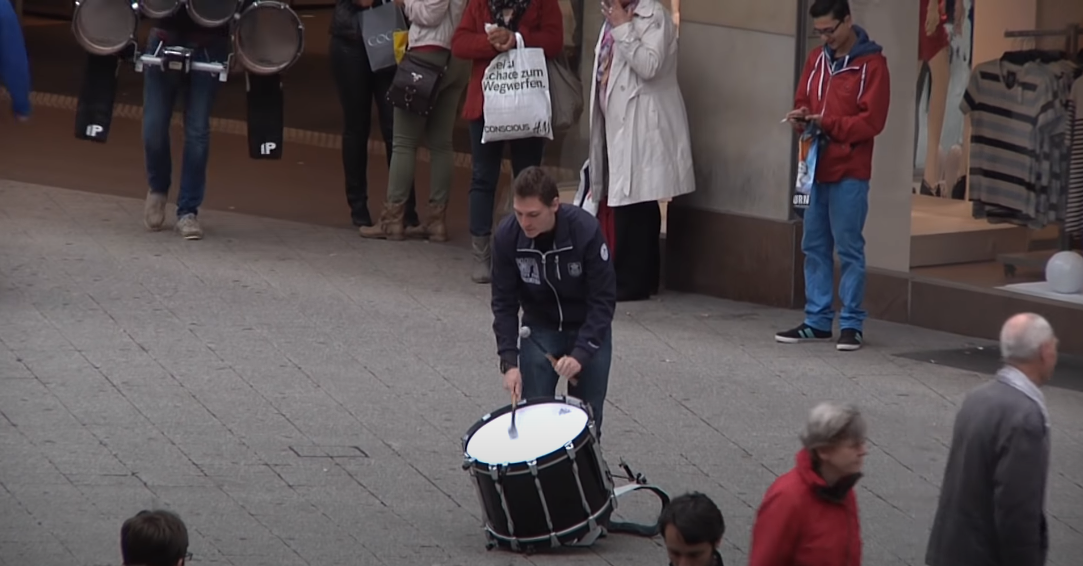 But the unexpected fun did not stop there, one by one, a musician with different instruments appeared until they filled the whole area. And once the conductor dropped her first musical beat, the lively music of LMFAO was played. The title of the song that the Marching band TSV Lauf chose for this surprise flashmob is the Party Rock Anthem, which was released last January 2011. This electronic music has been a hit worldwide, to prove its success it is the third best-selling digital song in US history and it is currently ranked as Billboard’s sixth most successful song of all time. 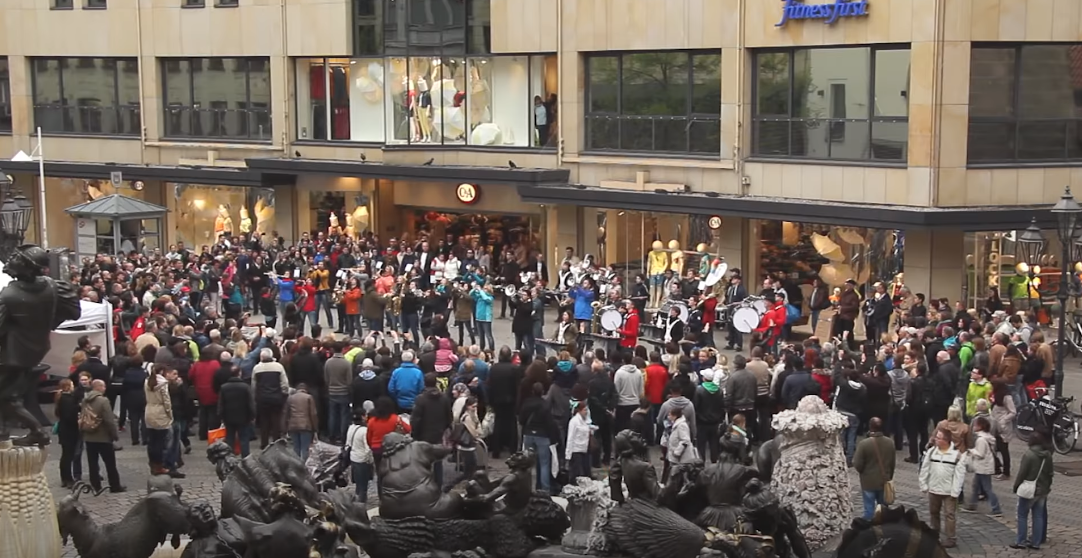 Watch below how the Marching band TSV Lauf entertains the people who happened to be in front of Weißer Turm at this surprisingly fun event.

You can check out the official Facebook account of the Marching band TSV Lauf if you want to see more of their performances.