The absolutely flawless father and son duo is here to show us once again what perfection looks and sounds like. Andrea and Matteo Bocelli have bestowed the world their breathtaking version of the song “Perfect” by Ed Sheeran! The performance was one of the first public duets of the two Bocelli gentlemen and was aired on BBC’s “Ken Bruce Show” in 2018. The young Matteo, fresh in the industry, sang side by side with his renowned father. And there, he showed the world that he’s just as equally talented and musically brilliant. The resulting performance will surely send shivers down your spine!

The young Bocelli took the spotlight first as he crooned carefully and gently the first part of the song. His father gladly assisted him as he listened proudly to his son. After a few lines, Andrea then took over with the divine vocals we’ve known and cherished for years. This time, he passionately sang the piece in native Italian! It was romantic and magical as ever. The two then exchanged lines before finally singing together for the finale. Their distinct voices merged strikingly, creating a perfect symphony that highlights their own styles. It was so perfect you just had to hear them over and over again. 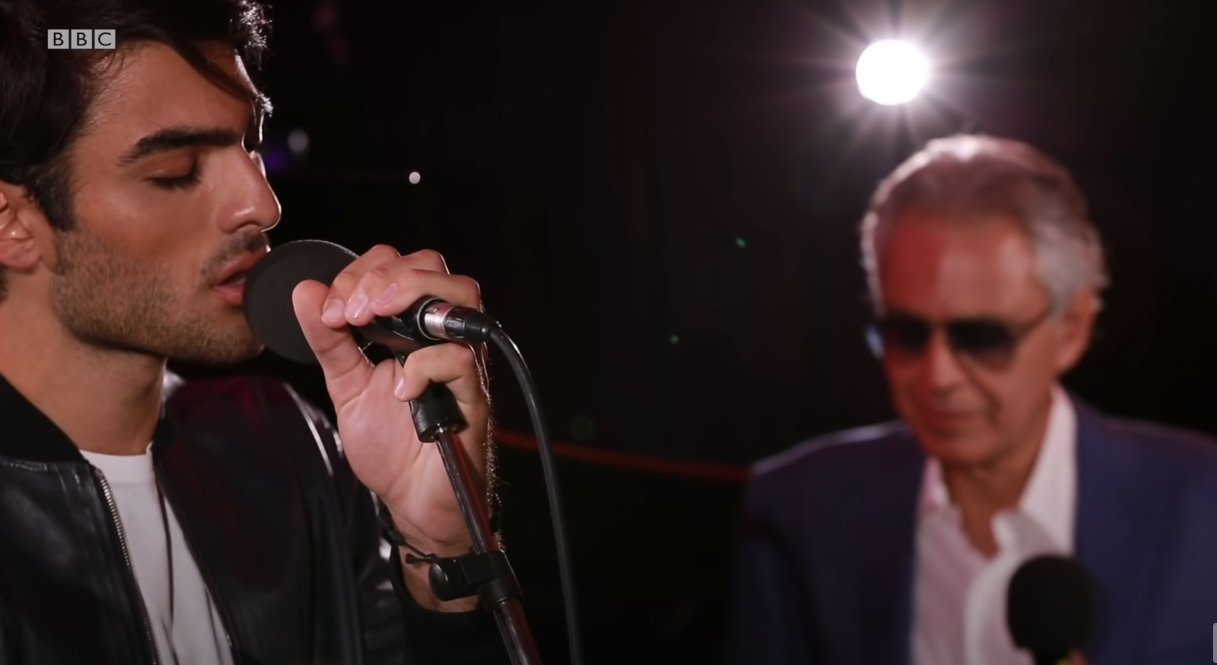 The piece was actually first heard during the collaboration of Ed Sheeran himself and the legendary Italian tenor. Together, they were able to create an orchestral version of the piece aptly called “Perfect Symphony”. And it has certainly snatched the hearts of the crowd! Now, his progeny, his beloved son, was able to join him to put justice to the touching song and more. Without a doubt, they’ve brought perfection on stage! Not to mention that this, along with the many other interesting duets, enabled Matteo to create a name in his own right. 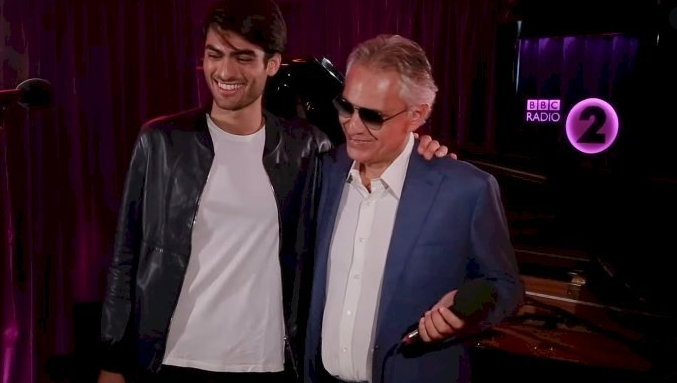 Watch the amazing performance of the two Bocelli’s and be enthralled by their heavenly voices!

This brings so much happiness to my life! The way they sang together is so classy and expressive, I can listen to them all day! 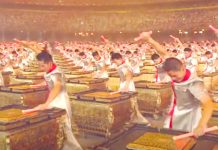 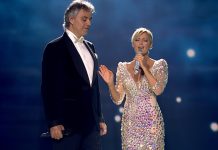