An incredible duet of the legendary Italian opera singer Andrea Bocelli and his son Matteo Bocelli has perfectly depicted how the apple truly doesn’t fall far from the tree. Matteo, who appears to be his father’s spitting image, sang side by side with Andrea in perhaps one of the most notable duet of the two. The gentlemen were accompanied by a live band as they performed on Good Morning America or ‘GMA’. There, they sang a beautiful version of the hit tune, “Fall On Me”, from the renowned tenor’s 2018 album, Sì. And it’ll certainly touch every inch of your soul!

The piece was written by the writing duo, Ian Axel and Chad King, of A Great Big World. It has peaked at No. 97 on the Canadian Hot 100 and was also featured in the end credits of Disney’s “The Nutcracker and the Four Realms.” Later on, different artists have performed their own versions of the song including the pop icon Christina Aguilera. But nothing could ever surpass the warmth and joy that the father-son duet brings to the song. Not to mention that piece perfectly painted through words the loving relationship of the Bocelli men. 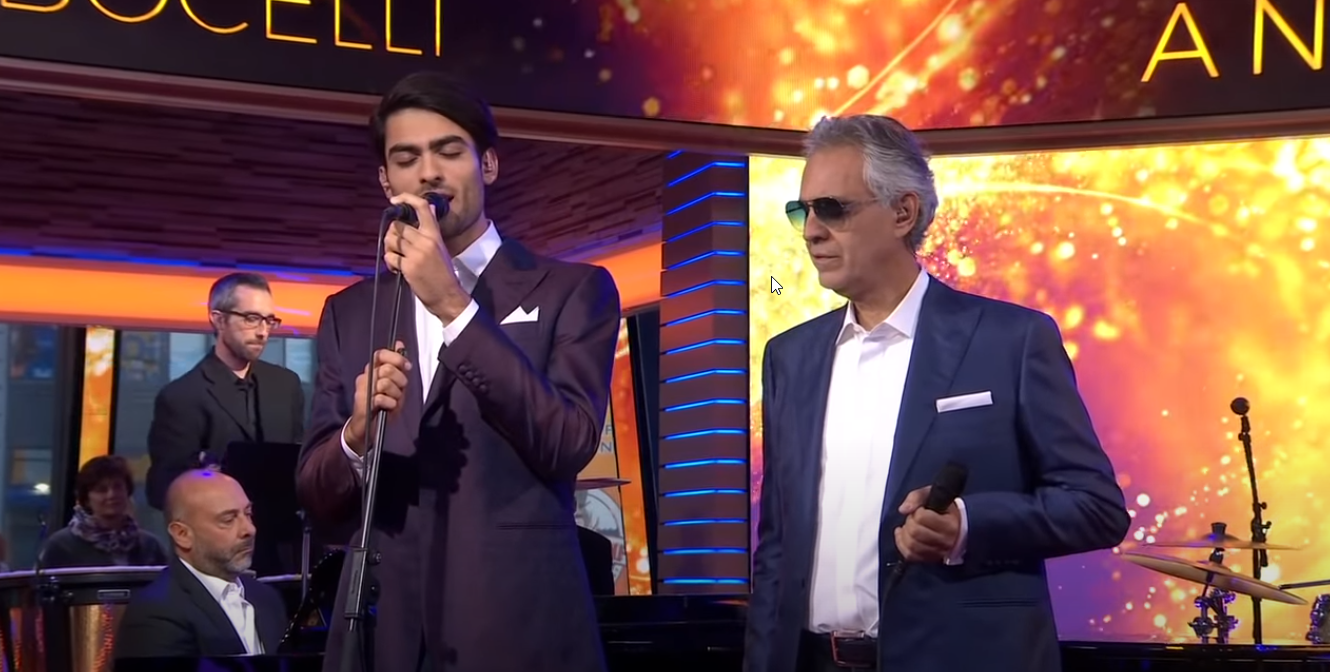 The rising superstar, Matteo, kicked off the performance as he expressively sang the first part of the song. His charming smile and rich voice will surely captivate you! This was then followed by Andrea’s veteran vocals as he sang in Italian. He sure is in his element as he calmly let out his powerful voice that’ll surely take your breath away. The audience couldn’t help but applaud him mid-performance! The duo then ended the piece with a bang as their lovely voices melded, creating such perfect symphony. And can I just say that they both look proud of each other? I’ve been noticing this in all their performances and it’s too adorable! Imagine living in a loving, talented family. They sure are a dream! 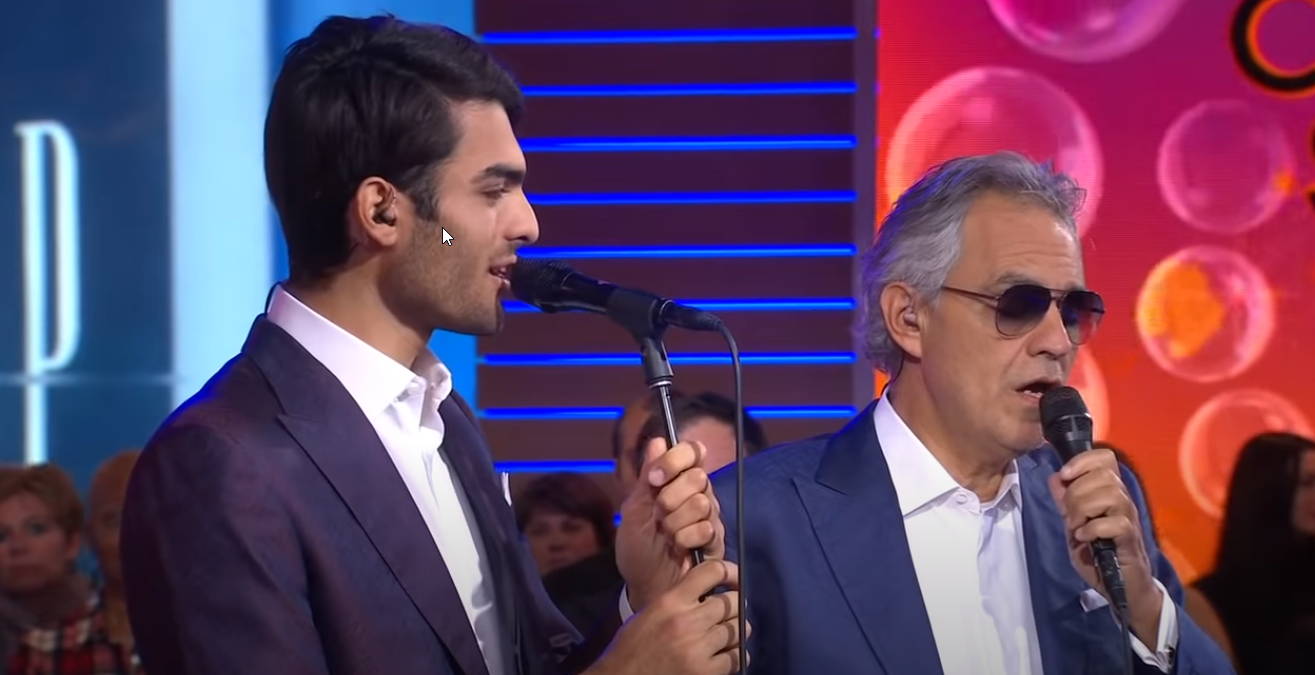 Watch the soulful duet below and feel every word that comes out of their mouth.

Thank you, Andrea and Matteo, for bestowing us such a beautiful gift amid this trying time!