The Best Stuff Online
Home Kids You Have to Hear This Amazing Bronx Boy Sing and Take Your...
1.4k
ShareTweetStumbleRedditPin
PocketTumblrLinkedinBuffer

Some people do not realize they have talent; it could be with painting, dancing, and singing. Maybe now is the time to do something about it, and you’d end up discovering the great talent you’ve got, and you will discover your hidden potential through your childhood dreams.

Let’s stand by and get surprised by the hidden talent of this 15-year-old Bronx boy and how he has proven his ability. This amazing boy is Jason Clas, which then they eventually change it to Jason Mathew. With his videos, he was trying to introduce himself as a person and as a musician. It’s certainly going to be a lot of hard work for him, and he hopes that you will enjoy and give him your support in all the best ways possible with his hard but fun journey to the entertainment world. 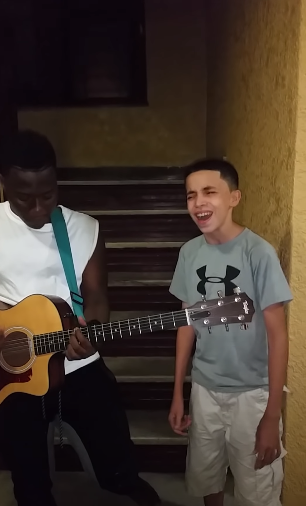 He has done a lot of videos, and one of them really showed his amazing talent, and that started his acclaimed to fame on the internet when he covered Ed Sheeran’s “I See Fire,” that was nominated for Grammy Award for Best Song Written for Visual Media and many more. He sings so coolly, and his voice emanates a magnificent effect on the listeners, with his friend supporting him on the acoustic guitar. 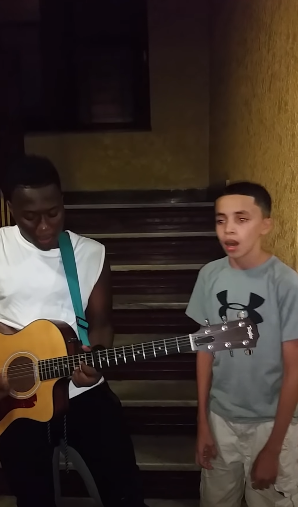 He performed only on the hallway of his apartment in the Bronx, and the whole building was overflowed with his angelic voice and gave a soothing feeling to his viewers. He did not even use a professional gadget for his recording, but that did not matter because it was compensated by his magnetic voice. Watch and be amazed by his incredible performance below:

Let’s support this young boy to shine more by subscribing and following his new channel because he has a line up of activities to catch up on.