You Won’t Believe This Amazing Street Duet in Milan Is an Impromptu from Two Strangers
Goosebumps alert! A lady with a powerful voice has mesmerized the world in an impromptu performance with a busker. The time-stopping moment happened in Milan center near Duomo di Milano. Kamile Kielaite was just passing by when a street performer named Simone Nannicini has caught her attention. Right then and there, she knew she had to join him on the street for a jamming session. The result is a heartwarming piece that just sends chills down your spine all throughout. No kidding!

Not only that, the surprising duet actually happened while she and her husband were having their honeymoon in the area! She improvised an original composition and the ever-talented street musician that she just met went on and followed her lead. It was amazing and magical! Their raw skills were able to create such a lovely piece with some random rhythm and lyrics. I mean, what’s there not to love about this? They are both geniuses! 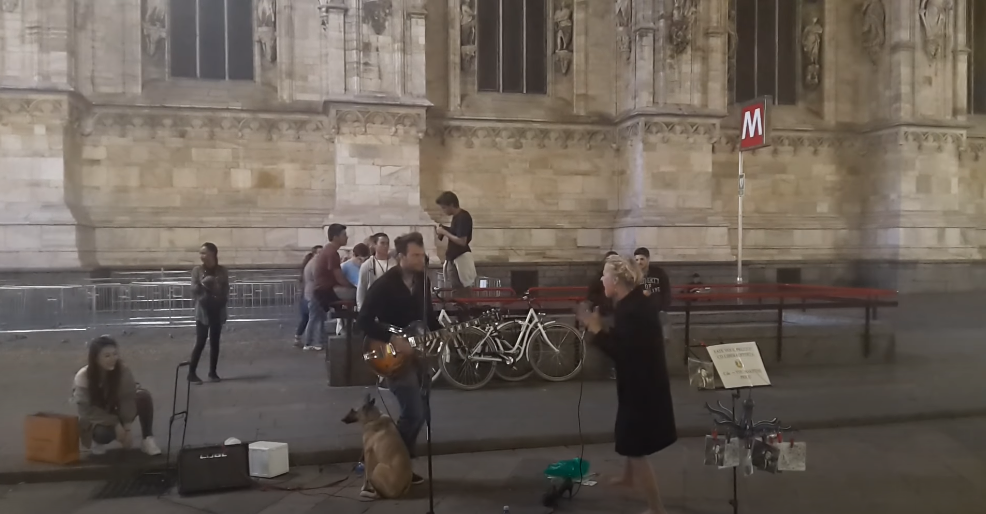 For those who are curious, Kamile Kielaite is a model with a golden voice and is a former participant of the famous talent show, The Voice of Lithuania. In the video, she was actually recently married to another musical performer named Bogdan Sienkievičius-Bogis. Simone Nannicini, on the other hand, is a humble musician who loves playing pop, rock, soul, and blues. He has been playing all over Europe to entertain people and make a living. Somehow, the paths of these two talented artists have crossed to sweep the world off its feet with their synergy. It was so pure and unbelievable. 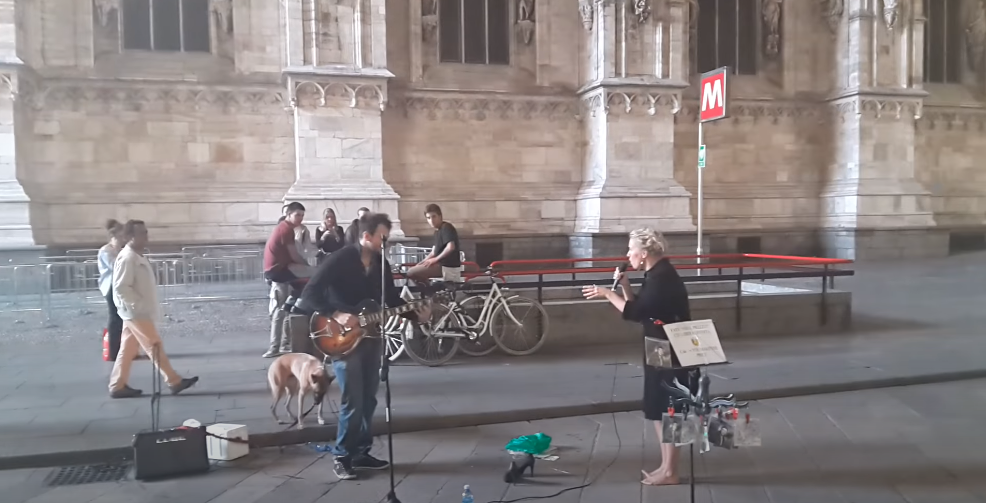 One YouTuber was so touched by the act and commented perhaps one of the most beautiful things you’ll hear today. He said, “You are a vortex through which the universe is aware of itself. You do not “sing” this song, but rather, the music moves through you- it becomes you, and you, it. It is real- a very rare commodity, and thoroughly delightful. Truly mesmerizing!” And I couldn’t agree more!

Give yourself some love today and watch the video below. Trust me; you won’t regret it- not even one bit.

What a connection! The emotional energy is undeniably all over the place. I wonder if they’ll finally put this on records soon.